I started to know this culture when I started high school . In High school the notion to dress cool is to use Jacob bag like this and every one will have clip attach to its side to make the shape of the bag flatten as possible

The slogan for this culture is

The Flatter ,The Cooler

I know it sound to ridiculous but if you are in Thailand and been in Thai school before you will know that Flatten Jacob School Bag is the culture Thai student will do in my generation .

Me and my friend don’t know how exactly this culture stared ( we once asked in the webboard ) but the answer we think is the most realistic to this culture is :

These are the theory I think its apply to this pop culture :

The first theory is “moral panic” . School teacher always punish us if we attach a clip to bag . They said that it demoralize the school but I think it is just clip attach to a bag .

The second theory is” hyperreality theory” . Students always take a photo with a school bag with a clip and post to the internet and think they a cool

The third theory is “two step flow theory” . Student that is popular in school will start the culture and then other will follow

The fourth theory is ”social group theory” . Lots of student use the same bag such as Jacob or hand bag base on the group there are in

Fifth theory is ”audience” – passive and massive audience . Some Students such as my friend didn’t change to use Jacob bag and flatten it because they think it is not cool . Like active audience that already made a decision and only consume news or media to support their decision

The crown series that you need to know. 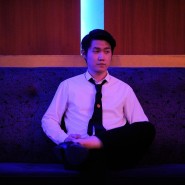 When advertising is not important for selling