Home > MediaAndSociety > The causes and effects of social media addiction

It is frequently contended that the mass media “give the people what they want” and that the viewers, listeners, and readers ultimately decide the content of the media by their decisions of what they will read, view, or hear. There is a great need to comprehend what individuals do with the media, what uses they make of what the media now give them, what satisfactions they enjoy, and, undoubtedly, what part the media play in their own lives.This paper presents a discussion of causes and effects the media addiction, especially social media,  may perform in the lives of the members of the mass society.

Social media addiction is a behavioral addiction that is described as being excessively concerned about social media, driven by an uncontrollable desire to log on to or use social media, and devoting so much time and exertion to social media that it impairs other important life areas. There are numerous elements that cause a person to be addicted to social media. The primary motivation to clarify the reason for the cause of social media addiction is the feeling of gratification that it provides to the user. Due to the effect that it has on the brain, social media is addictive both physically and psychologically. According to a new study by Harvard University, self-disclosure on social networking sites lights up the same part of the brain that also ignites when taking an addictive substance. The reward area in the brain and its chemical messenger pathways affect decisions and sensations. When someone experiences something rewarding, neurons in the principal dopamine-producing areas in the brain are activated, causing dopamine levels to rise. Therefore, the brain receives a “reward” and associates the drug or activity with positive reinforcement. This is observable in social media usage; when an individual gets a notification, such as a like or mention, the brain receives a rush of dopamine and sends it along reward pathways, causing him or her to feel pleasure. Social media provides an endless amount of immediate rewards in the form of attention from others for relatively minimal effort. Therefore, the brain rewires itself through this positive reinforcement, making people desire likes, retweets, and emoticon reactions. This is what triggers the addiction and why it is so easy to fall into.

Another reason why people are addicted to social media is that it serves as a source for escapism. Young et al. (2017) defined escapism as a behavior employed to distract oneself from real life problems. These problems may be psychological ones such as depression, anxiety, and low self-esteem. Individuals sometimes feel the need to escape from their reality because of boredom or unpleasant situations and social media can act as either an escape from real-life troubles or to avoid thinking about unpleasant thoughts. It allows individuals to create a totally different profile and image to fit one’s desired liking. Moreover, in order to successfully escape from reality, one would require the feeling of involvement in the media, and therefore many created the so-called “virtual world” with strings of connection and interacted with many users by liking or commenting. When a person sees many likes and comments, that person would naturally feel better. As a result, this would create a greater sense of self worth. Individuals then start to believe that people in the online world cares about them and find them to be interesting, making a person rely more on social media.

As many people underestimate how social media can influence and affect their lives, they are not usually aware that they are addicted to it. Thus, it is often too late to notice the effect and to change before it comes to a point that is harmful. Social media addiction causes many harmful effects, especially on mental health. Many studies on social media usage and mental health have shown that the prolonged use of social media such as Facebook is positively associated with mental health problems such as stress, anxiety, and depression and negatively associated with long-term well-being. For example, the time spent on social media was positively related to depressive symptoms among high school students in Central Serbia (Pantic et al., 2014) and among young adults in the United States (Lin et al., 2016). Furthermore, certain categories of social media use have been shown to be associated with reduced academic performance. For example, Lau (2017) found that using social media for nonacademic purposes (video gaming in particular) and social media multitasking negatively predicted academic performance. A large sample survey conducted in the United States also found that the time students spent on Facebook was negatively associated with their total GPAs (Junco, 2012). Wood et al. (2012) found in their experiment that multi-tasking via texting, email, and Facebook had negative effects on real-time learning performance. Thus, the more an individual engages with social media, the less the individual is able to focus on his/her work. This leads to decreased productivity and increase in procrastination.

One factor that may underlie the negative effects of social media addiction is self-esteem. Although viewing or editing one’s own online profile enhances self-esteem, according to the Hyperpersonal Model (Gonzales & Hancock, 2010), social media users are frequently exposed to others’ selective and glorified online self-presentations, which can, in turn, reduce the viewers’ self-esteem. A study by Mehdizadeh (2010) showed that the use of Facebook was correlated with reduced self-esteem, such that individuals who spent a greater amount of time on Facebook per session and who made a greater number of Facebook logins per day had lower self-esteem. A considerable number of studies have shown that low self-esteem is associated with many psychological dysfunctions such as depression and anxiety (e.g., Orth & Robins, 2013). Self-esteem has also been shown to be positively associated with academic performance and further serve as a protective factor against adversities in aiding academic and emotional resilience. It is possible that social media addiction contributes to lower self-esteem, which, in turn, leads to a decrease in mental health and academic performance. In other words, self-esteem may play a mediating role in the relations of social media addiction to mental health and academic performance.

Thus, in my opinion, social media use becomes problematic when someone views social networking sites as an important coping mechanism to relieve stress, loneliness, or depression. For these people, social media use provides continuous rewards that they’re not receiving in real life, and end up engaging in the activity more and more. This continuous use eventually leads to multiple interpersonal problems, such as ignoring real life relationships, and work or school responsibilities, which may then exacerbate an individual’s undesirable moods. This then causes people to engage in the social networking behavior even more as a way of relieving dysphoric mood states. Consequently, when social network users repeat this cyclical pattern of relieving undesirable moods with social media use, the level of psychological dependency on social media increases. 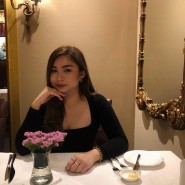 Top 5 applications during quarantined for study and working

The symbols behind ‘I TOLD THE SUNSET ABOUT YOU’