-the origin of hyperreality-

“There are no gods, no nations, no money, and no human right, except in our collective imagination.” is one of my favorite quotes from SAPIEN : A brief history of humankind,the book writing by Yuval Noah Harari. He has claimed that we as humans try to make sense of the world by telling the story and explain things by using our imagination. While the japanese consume delicious Wagyu steak, the Indian worship cows as pack animals of their ancient god. And when japanese are afraid of raccoon ghosts,the tanuki,most of its relatives are hit by the car in New York city.The identity of everything is imposed by the metaphor of particular groups of people based on their experience and backgrounds,especially when it is related with local mythology and superstition.

Superstition is something higher than human control and understanding ; we believe in the existence of supernatural forces which create unusual circumstances human cannot explain via the laws of science at that particular moment.Then,superstitious rituals or activities has been committed through the beliefs  that it will either have positive or negative impact on the events of one’s life and then our ancestor establish the consequences of this beliefs and past it to the next generation.As the time goes by, the story has been changed and transform many time until we have heard it from the media, so the biggest question left behind is which one is the original story?

When the story has been culturally shared and transmitted from generation to generation, it is difficult to find the evidence to prove which one is the original source and how much reliability of those sources is.Due to the fact that Superstition is the unsteady beliefs and can be flexible,people will choose to beliefs that story in the aspect  matching with their formal beliefs.And with this fact, we cannot judges others perspectives toward superstition by evaluating from our beliefs only as it regards to be one types of hyperreality.

But through media history, we can observe the revolution and development  of superstitious beliefs by representation and characteristic of that beliefs in various media platforms,especially in Thai society where the mysterious events have bear in our mind since the first day we start imaginate the value of merit and demerit.It is undeniable that superstitious beliefs has existed in every corner of the worlds but Thais has smoothly merge it with social value and daily life decision tills we call it traditional practice.

Humans changed through times, but there is one thing that never changes, humans were born with fear. It could be anything besides death, like fear of being left alone, or a fear of someone is going to be better than you, which causes jealousy among humans. Pursuant to that, religions were invented with the actual purpose which is to calm humans down from the fear they had. Also people started to have questions about life and could not find solutions by themselves, so each religion acts as something that people can feel safe to trust and believe in, so it became an important element of human’s life.

Superstition beliefs in Thailand are mostly involved with ghosts and bad luck. It is started from the parents who try to protect their children from the danger but they are too naughty to listen to their parents, so the parents make the story that involves superstition in it to make their kids obey. It has been told from generation to generation. For instance, you should not get a haircut on a Wednesday! Thais believe that getting a haircut on Wednesday will bring you bad luck and that causes those hair salons that will be closed on Wednesday. But the truth is just because the royal family is having a haircut on Wednesday and Thais thought it disrespectful to have a haircut on the same day as the royal family.

It can be clearly seen that the media drives all of the people’s beliefs for a long, long time since it was an old media until nowadays. In old media, they will contain Thai beliefs in the print media. For instance, the magazines like “ I LIKE MAG” will have horoscopes in it and it is hard to deny that the buyers would like to buy those magazines because of the horoscope part.When I was young, I did that too!

Then it moved to television shows like “Suek 12 Rasi” which is a game show that includes 12 guests as 12 zodiac signs on the show. The show will be about the fortune and future of the 12 zodiac by using each guest to represent each zodiac.

Even the content is only just about fortune and zodiac, but the audiences enjoyed watching this show a lot. Can be seen by the years that this show is still available on the television since 2006 until now. Also there are many of Thai movies and Thai dramas that involve supernatural things and this kind of dramas can gain lots of attention and interest from the audience and the viewers.

Thai people absorb superstition and supernatural things through the media in their daily life without knowing it. Started from the trick of the parents to get their kids attention to the routine things like auspicious shirt colors and daily fortune teller. Moreover, the next thing that follows is amulets. People started wearing it since the celebrities or influencers wearing it.

Anything on the Internet can easily go viral and wearing amulets is starting to be a fashion trend. Some are wearing it because they believe in it but some are just for accessories. Coin has two sides, just like people that have both belief and unbelief. The more they consume it, the more they believe in it.

Are religions still important in the postmodern era?

As time progressed, the world is now changing, the media extremely involved people. Due to the hyperreality in this postmodern world, people consume more information and are able to answer themselves questions and curiosities, also solving their own problems. People can choose to consume media from their preference according to the Gratification theory, they can make their own decision of what is right or wrong for them based on their knowledge. These days, though there are many people who believe in their religions strictly, there are still many people who don’t have religion because they don’t think that it is important for them. So to decide that it is important or not, really depends on each person about what they get from believing in religions.

People that believe in religions tend to believe that superstition is real. Well, religious people proved that what they have been practicing actually caused something good in return, like Buddhism believes in Karma. Most people feel safe when they have religious objects with them wherever they go, also to remind them of morals. Talismans, I think everyone has it, especially in Thailand, we believe that Talismans bring luck and protect us from danger as long as we are a good person. Also, an amulet is a thing that people collected it as they believed that it will give them power, this is actually a personal opinion, there are no scientific proves yet, but at least wearing amulets increase confident in a person, like when you have it you feel better. Also, it became a trend lately for amulets, people wear it as fashion accessories. Why is it become a trend? Well, of course media again. The media merged scientific belief to supernatural things to make people follow the majority group. Now this is not about belief, it is about a trend.

Amulets alway come with gemstones in a form of bracelet with good design to attract people, many people believe that a gemstone alone is also powerful, it is like a different form of minerals that has many colors. Many people sell this, and to get a target buyers, they seek for people who interested in this kind of category.

For example, a fortune teller who makes youtube videos also sells gemstones, amulets, and talismans to the audiences who watches her channel. 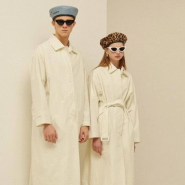 Tourism in this new media era