There was an event which Thai people had been desired to happen for a long time; an election. The election was held on 24 March 2019. Since the coup d’etat in 2014 that installed General Prayuth Chan-o-cha as prime minister, This was the first election. Undeniably, democracy is a milestone of the election.

Rangsit university has revealed a result of the survey in people throughout the country about the election on 24 March 2019. These are political parties that get the most consideration from people all over the country.

That day, the ECT (Election Commission of Thailand) had finished counting 100% of votes, but they just announced 94% of votes. Therefore, this situation made Thais doubt that where is the other 6%, and if that 6% is calculated into an exact number of votes, it is equal to nearly 2 million votes. The ECT has come out to notify that the official announcement of this 2019 election will be on 9 May 2019, and that made people even more curious because the whole amount of scores are in their hands and why the announcement has to be postponed to May? Moreover, there are several informed sources informing some approximate information like an unfairness of the NCT.

These are some examples of the aforementioned news or articles:

Election officials at a polling station in Sikhiu district, Nakhon Ratchasima pinned a sheet of white paper over the details and photo of the candidate of Future Forward Party on the notice board claiming that the candidate had been disqualified. However, a check revealed that the candidate was not disqualified. After this message has been posted on Facebook by Apisak Sukkasem and shared by many people, Thai media reported that the party candidate, Suwadawadee Poonworasakul, had already filed a complaint against the election official for covering her document. No matter what will happen one thing that cannot be changed is turning back time for people in Sikhiu who wanted to vote for Future Forward Party candidate, and they had to change their minds to vote for other parties instead because the polling officials claimed that the candidate was unqualified. That means Future Forward had lost some scores from this situation. Moreover, it can be seen that there is also another candidate from an unmentioned party which has a paper pinned over.

2. The unfair of election votes count

1542 advance votes were cast from New Zealand but did not arrive in Thailand in time to be counted. 8pm, March 23 was an arrival deadline for the ballots. Actually, the ballots from Wellington to Auckland were sent by the Thai Embassy on March 18, and they were due to be sent on a Thai Airways flight to Bangkok the next day; March 19. Questioningly, the cargo never made it onto the plane or any flights in the two following days. After which, the cargo was contacted by Embassy staff on March 22, and the ballots were sent on March 23. The ballots were landed in Suvarnabhumi Airport at 8:50pm, 50 minutes after the deadline for ballot papers to arrive. After the Election Commission of Thailand (ECT) said that votes from Thai citizens living in New Zealand would not be counted, it made Thais in New Zealand boil over.

The Thai community in New Zealand explicit their displeasure and rage at being unable to participate in the election according to the Election Commission of Thailand’s mismanagement. On Monday (1 April), Thais in Wellington went to the Thai Embassy for placing black funeral wreaths and banners at the Embassy’s gates. Messages on the wreaths were “RIP 1542 votes” and “Democracy?”. The Thai community also placed placards edged in black saying “RIP 1542 votes” whether in Thai or English and a bouquet with a sign saying “unprofessional”.

4. People complained that they discover the name of the deceased and the children under 18 years old in the list of voters.

Facebook user, Toesri Racha, posted on their Facebook that they found her daughter’s name on the list of voters even though her daughter was 7 years old and another Facebook user, Sonan Phasomsup, he also posted that he found the name of his father that passed away for 20 years ago while his neighbor who has a constituency does not have a name on the list of voters. However, the election commission of Thailand (ECT) announced they don’t think about this yet then they won’t answer anything. The next few days, there are reports from several people in many areas that the number of cards exceeds from the number of constituencies. However, the display screen provided the counting votes of the election commission of Thailand (ECT) they live via social media to shows the score overview of Chonburi, Chumphon, Chaiyaphum, and Chai Nat when the number of cards including avoided ballot, valid ballot, and no votes but those cards is exceeded from those who exercised in each province around 90,000-200,000 people. Moreover, there’s no officer to take a responsible for this issue and they also attempt to twist the facts.

In the end, everyone would like to see Thailand transparency causes there will make our country drive to the world stage to be a reliable country due to our growth of the economy since the foreigner investors they would like to invest and negotiate with the reliable country. Hence, from this incident should have someone take responsibility for the corruption of the election commission of Thailand (ECT) and if it is possible there should change the new the election commission of Thailand (ECT) for the transparency of our country as many Thai people desired. 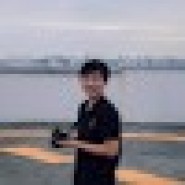 Movie you check it out