Over thousands of year ago, the rest of humanity suffered the inevitable natural threat, when the man-eating gigantic creatures called “Titan” appeared out of nowhere and start devouring humans one by one.

The survived and remained humanity created three layers of 50 meters high walls and evacuate in there to hide themselves from the Titans and for another hundred of years, the peace has returned, or that is what they think.

The paragraph above is my own paraphrased version of the plot belong to the “Attack on Titan” manga series written by Japanese author Hajime Isayama.

The series holds the place of one of the most anticipated and the most successful series with currently 3 seasons of TV anime adaptation and a huge amount of manga sales worldwide.

Attack on Titan sets in the post-apocalyptic world, after humanity ceased to exist outside of the walls they have built. The whole entire world has been roamed over by Titans, the plot is quite similar to the TV series “The Walking Dead” but with more theatrical presentation and top of all the epic original soundtrack.

The main plot has been divided into many different arcs each represents different events that will ultimately lead us to a bigger plot element.

What if I told you that this particular series has its own live action film adaptation, which will obviously be going to show us more realistic humans fighting scenes with horde of Titans, what should be the reactions?

There is already a part 2 of the film came out and the result is no difference.

The following article will be clarifying the truth behind the negative opinions on Attack on Titan film adaptation.

Before we go any further into the detail let’s getting aspect of Fans VS Consumers or sometimes also known as Fans VS Customers clear, fans created the thing we call “Fanbase”, in the fanbase usually includes people with only partial interest in the topic of the fanbase, they are not attached to the topic, neither emotionally or wholeheartedly these people are called “consumers” and this is not for trying to separate real fans from a fake fans category it is merely just to clarify the difference between fans and consumers.

Most of the time fans are meant to be supporting their favorite contents at all costs, but sometimes if things have gone terribly wrong, something like responses to Attack on Titan film adaptation could happen, even the fans of the series, including me, could not stand the inferior phenomenon of the film itself.

While consumers only exist in the fanbase or sometimes just there to consume the content partially, their opinions on the content could be vastly different from the opinions of the fans. One example is from the Harry Potter universe recent film “Fantastic Beasts: The Crimes of Grindelwald”  many fans were impressed and completely loved all the contents the film has to offer when on the other hand, one perspective from the type of people we call “consumer” can create a completely opposite view on the exact same content.

The Facebook page “อวยไส้เเตกเเหกไส้ฉีก” or literal translated as “I love it so much I tear my guts apart” reviewed the film and claimed that the film did not do a very good job reaching its potential as a standalone movie, this review created many negative thoughts among the fans of the series and also with some other consumers. It is true that the film supposed to be a sequel of the previous Fantastic Beasts film and also the adaptation of JK Rowling’s books some of the contents in the film are not very well explained expecting fans to understand the references. Obviously, the people who are just there to consume the contents from the film were disappointed more than impressed. Unfortunately, there are fans and also some consumers not willing to shows some respect to the reviewer and start their cyberbullying scheme on the content provider. It has gone so bad the content provider has to speak up for himself and for other people who agree with him.

On one hand, maybe it is the wording of the content provider which seems kind of exaggerating the feelings considerately too much and that triggers the fans.

Attack on Titan film: My Views

Attack on Titan films has tons of changes made by the studio, their reason of making the changes is “To make it more realistic than the anime version”

One example are the casts, take a moment to glance at the comparison between the film casts to the anime and the original manga version.

It may looks alright, but there is one problem for sure, all these characters except Mikasa are originally not Asians and will never be, the inaccuracy of the casts is already triggers some fans. The same thing happened before with the film adaptation of Dragonball “Dragonball Evolution” while that was American made, with the Japanese characters being played by American casts , Attack on Titan was the opposite with westerners characters such as Eren Jaeger played by Japanese casts.

The change above can be tolerated however, because sometimes finding the main casts with the required language skills and at the same time looks identical to the original character can be a tough decision, getting the casts who are already used to the language would usually be much easier. Additionally that was only a minor change when comparing it to other changes occur throughout the rest of the film.

The two words above might be a little uninformative for people who never experienced neither the manga or anime. Levi Ackerman is one of the most popular characters from the series, not only because he is somebody that can be considered as “Badass” or because he is “The strongest man”.

All of levi’s past and multi-dimensional presentation impressed almost everyone who know the series in before the release of the film. It is not wrong for the film-making team’s decision to get a rid of Levi so they can replace him with a more “realistic” character like Shikishima. What makes it worse is the way they present the new character as a one-dimensional flat character who looks like a downgraded version of Levi.

Eren Jaeger the main protagonist of the series, saw his own mother got eaten by one of the Titan and was powerless to do anything besides leaving her behind and running away. He then becomes overly furious and sworn to eliminate every single one of Titans in the world.

All the above events have been taken out entirely in the film adaptation, what we got instead is a flat weakened motivation from the movie version of Eren.

His motivation in the film is,quoted “Hating the Titans because they’re responsible for keeping the people inside the walls.” and nothing to do at all with his family or his friends. That is one of the most important plot element that hooked numerous of people while experiencing the series on the very first chapter, made them become fans. It is all ruined in the film.

Hajime Isayama’s point of view on the AoT film adaptation

Surprisingly, the creator of the manga series, Hajime Isayama, was heavily involved in the production of the live action, AoT film, given how it was unfaithful to the source material.

to rephrase, Isayama stated that, he enjoyed the movie and is optimistic on the sequel, “AoT: End of the World”. By far the most common complaint of the film is that it feels different from the original work and also Isayama was the one who insisted on the changes.

One of the changes that angered a lot of fans was how different the main hero of the film, Eren is compared to the original source material. Isayama admitted that Eren’s brave and fearless attitude made him difficult to relate to and unrealistic at times. He specifically wanted Eren to be portrayed as a normal person with regular fears, so that it does not feel comical. While, Eren’s heroic personality  was completely changed, as was his backstory of someone who, as a boy, killed a man to protect his friend, Mikasa.

Isayama stated that, he does not want to take the safe route of copying the original story from the manga. Instead he wanted to create something new and compelling and realistic.

“If there are people who are unsure if they want to see the movie, first, watch the movie trailer,” Isayama said. “The trailer is packed with highlights.” Isayama added that there are also hints at what’s to come for the sequel.

All the above confirmed one thing for sure, the failure of the meaningful discourse according to the encoding/decoding model, while the author intended to convey a message which in this case, is how he wanted to show a more “realistic” version of the heroes in the film. Instead the fans and the audiences decoded it in a completely different way therefore created many negative responses.

Attack on Titan, (進撃の巨人 Shingeki no Kyojin) is a live-action movie, directed by Shinji Higuchi, scored by Shirō Sagisu and written by Yusuke Watanabe and Tomohiro Machiyama, based on the Attack on Titan manga created by Hajime Isayama.

Shinji and studio came up with the idea to change details from the original version to get more horror and drama also speed up the film too fast did not contain any background. These result of what Shinji did cause the issue between original’s fan can not catch up and understand the relationship between character during watching the film. By changing the role of characters and remove the main character that contain a lot of fanbase but did not find some thing new good enough to replace will make the fans disappointed. Most of issue come from the characters and roles . However, technique of filming help this movie to easy to watch till the end according to the review no come complain.

Regardless of all those, nothing beats the direct experiences, feel free to take some minutes and look at these comparison videos, then think to yourself, which version do you prefer? Perhaps spend some time finding yourself copies of both the anime and film version and then try to compare them would also work best to generate your true perspective to the original works and the adaptations.

Opinions are always varied, never expect anyone to agree with you unless they do.

Last but not least, and it may not really relate to what we were discussing about, the latest teaser trailer of AoT television animation sequel has finally hit the online media! Check it out through this link right here!

Ashcraft, B., & Ashcraft, B. (2014, November 20). Attack on Titan Movie Stars Versus the Anime and Manga Characters. Retrieved from https://kotaku.com/attack-on-titan-movie-stars-versus-the-anime-and-manga-1661037915

Casey, B. (2015, August 12). Attack on Titan creator explains who should watch the live-action movie version 【Video】. Retrieved from https://soranews24.com/2015/08/12/attack-on-titan-creator-explains-just-who-should-watch-the-live-action-movie-version-【video】/?fbclid=IwAR202RTF4PDM8w3UpG8vaYRCKrjZHPnn3870_jyVBcnvu-do2qFJ3wwuiNY

Ashcraft, B., & Ashcraft, B. (2015, August 12). Attack on Titan Creator Wants To Understand the Movie Hate. Retrieved from https://kotaku.com/attack-on-titan-creator-wants-to-understand-the-movie-h-1723573756?fbclid=IwAR3JU__-AGYeVO8AP8AtJ_QDBMnR1In5NGyOHZ_eFjVGUjrVIRMiWdINKCs

Was Thailand's 2019 Election A Transparent Election?

Music streaming for 2019 president, or no? 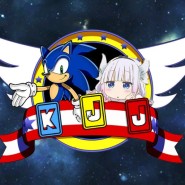