In this era of globalisation, the Internet and social media have played an essential role in our daily life, whether it is Facebook, Line, Twitter and so on. The Internet contains and collects huge sources of information or data which make people likes us live better or having a better standard of living. For example, education, communication, commerce or time-saving. However, the world we live is not all white, there are always good people and the bad one living around us. Some use for improvement or positive outcome like e-learning or connected with their loved one. Simultaneously, some use for seeing others unhappiness as their pride. Even so, we cannot deny that they have their right or the power to do so such as post, comment, or share anything they wanted. And unsurprisingly the most affected group of people tends to be the teenagers and online workers on several platforms.

According to the definition of sexual harassment from Student Life University of Michigan, is defined as unwelcome sexual advances, requests for sexual favours, and other verbal or physical conduct of a sexual nature when either:

Sexual harassment can be defined as a feeling of unwelcoming sexual advance, requests for sexual favour and other verbal or physical conduct of a sexual nature when either, thank to the information from Student Life University of Michigan

On the Internet people who commit sexual harassment are called Cyberstalker, who tends to attack their victim via using electronic devices on electronic communication services, for instance email, Facebook, instagram and etc.

Sexual harassment on social media is a big problem in this digital era. It is spread widely to teenager groups in the from of messages, pictures and videos, editing pictures and post on the social media. Moreover, such action deducts or makes the teenagers feel attracted and addict to do the sexual activity, mostly tends to be someone younger or less experienced.

From the result of the survey asking teenagers ages  around 10-24 and 24-30 years old in September 2560. 40 percent  of the them used to be intimidated by sexual harassment through online platforms. Moreover, 21.5 percent of people who intimidated are still identify that they were intimidated frequently.Among others type of gender LGBT groups such as Lesbian, Gay, Bisexual, Transgender and Queer came out to be the mostly found as a victim, at the rate of 47.4%. For the group of them that cover up their identity, there are 41.9% as female and 33.5% as male, respectively.

Love and Sex through digital devices

When social media become a widely use that we all cannot live without it anymore, thus, our relationship also move it’s place to take place on online. As we flirt, fall in love, explore our identity and sexuality and strengthen our relationship.

As our relationship move into a screen, we miss non-verbal language such as facial impression,  the way we talk and laugh that also important. Thus, only texting or chatting  we cannot see the other sides of the screen which means the intentions behind those lovely words as an example.

Therefore, sometime without well-though before texting could create such harassing to the other or jump over their  line of comfort zone.

Sometimes, young people believe that sending their sexual images can develop relationship between them and their couple or person that they have a crush on. Nevertheless, we have already known that social media at the present time is not safety. It is not a safe space where all of the data can be keep, save and share simultaneously. Moreover, the observation shows that 14 percent of 100  teenagers sent their nude images to their couple, also there is 1 out of 10 sending that kind of images to others who they are not in relationship with.

As a consequence, a sexual image that he or she shared willingly could actually harass or threaten himself or herself in the future.

Example of the effects of sexual harassment on social media.

The victim told us about her experience that she was threatened by one of the guys online. The guy asked her if she has a boyfriend and has ever she had sex before. The worst thing is that by the time they were talking, the guy asks that if she would want to see his sexual organ and sent her his face picture. The victim said she feels ad but not afraid because they do not know each other in real life.

Case2: A male which considered as  LGBT, the age of 20

A victim considered as one of the LGBT, he revealed to us that he has faced with bad words about sexuality which make him feel bad. He did not engage, but choose to forget those words. Moreover, he used to meet the stranger, however they asking him for sex or try to masturbate in front of him. He also said that when he talks online with those people is normal but when it comes to the time to open the camera, those people try to use sex organ toward him. This makes him afraid to talk to the stranger, which he does not want other people to see that this is normal or he is too easy.

According to the cases above Dr. Kamolvisa Taechapoonpon, a psychologist of child and teenager, as well as a teacher of Faculty of Medicine Vajira Hospital at Navamindradhiraj University, has mentioned regards sexual harassment that occurs whether it is a mere gossip or rape cases. The common gender that mostly faces becoming a victim tends to be Women and LGBTQ. Teenagers tend to be the most norm that commonly found on social media. Thus, the impact of such harassment were both physical and mental issues for example stress of the incident.

The survey from Sunandha News, the most common method  when they (victims) found themselves threaten are:

SOLUTION: How to protect yourself from sexual harassment through social media.

1. THINK BEFORE POSTING ANY TEXT OR PICTURE

Everyone does not deserve to be the victim of this issue. When you want to post anything online, you must think about the consequences, since the internet is public space.

Any genders can be a victim of sexual harassment through social media. You should dress properly in public to avoid those criticisms.

You need to respect yourself before telling others to respect you. Knowing what is right and wrong is the best way to protect you from those bad issues.

Even so, there are barriers to seek for help

3 : Worried about being targeted by those involved (42%)

As we can see most of the obstacle are likely to be about themselves that overthinking about the situation and worried something that does not happened yet, leading the situation getting worse and worsen as the time pass on.

This problem cause awareness to a group of people

In another dimension where not all cases are ended happy ending, not even a legal procedure could mitigate the negative consequences of such harassment provided. Kate ครั้งพิบูลย์  a teacher of Faculty of Social Administration, Thammasat University encourage young people as well as social to confront and speak out denying sexual harassment that occurs in all form under the campaign #NeverOK

General speaking, when it comes down to the social movement of this sexual harassment, we cannot deny that the mainstream have come from Hollywood obviously. In the last few years, there was a hot topic about  sexual harassment in production in several movies. Ranging from Director of the movie to castor and leading to a hashtag #Metoo as a representative of I was once a victim.

Another campaign in Thailand #StopCyberSexualHarassment

The information from the Nation Thailand Portal mentions about the campaign called StopCyberSexualHarassment. It is a campaign against online sexual harassment to raise awareness that someone who is still largely ignored this problem. This campaign was created by a group of a student of the Faculty of Communication Arts in Nation University.

The Nation Thailand Portal interviewed one of the supporters of the campaign. He is a deputy dean of the Nation University’s Faculty of Communication Arts. He mentioned that “Some people think the problem is not serious, but this problem has significant psychological impacts on victims. We can’t allow cyber-sexual harassment to go on as a silent threat”

The students that always spend time on social media in Nation University express approval that using sexual dirty messages through social media is unacceptable behaviour, it also violates others privacy of right.

Example of  activities of campaign

Talk show under the topic of “Social media Sexual Harassment, Silent danger that still ignored” on 31 May 2017 at hall 3002 at Navamindradhiraj Building at National Institute of Development Administration (NIDA).

Talking and discussing sexual harassment issues on social media, as well as the solution to this problem and prepare for those situations on online platforms by

You can join the campaign to stop the cyber sexual harassment through online platform including,

Was Thailand's 2019 Election A Transparent Election? 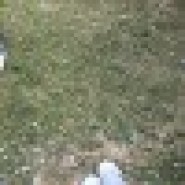