Racial diversity and representation in Hollywood has always been at its lowest. From creating a blockbuster movie with all-white actors, casting people of another race to represent black or Asian people like the casting of Emma Stone as Captain Allison Ng, who was supposed to be an Asian character by in “Aloha, 2015” by Cameron Crowe, but it turns out to be white people again. Why does the Hollywood industry is so whitewashing in the past decades and suddenly it all changes when a movie like Black Panther made a debut in 2017. Although there are many perspectives that you can view the changing trends, with no real data that can confirm the new progress of Hollywood and its race representation, we might be able to look and discuss its history and some improvement it has shown in the past decades and recent year.

In the early 20th century, racial discrimination was one of the most serious topics of that period. Most white people distinct themselves from African-American, and racism can be found everywhere. In the 19th century, popular trend that is going on in the television is “ Blackface ” or makeup technique that would apply to an actors that are not Black. This way the movie producer can avoid casting black actors into their films. As you can see, Hollywood has a long story with race representation even before it was created in the early 20th century.

Since Hollywood would never present people of other races in leading roles back then, perhaps, another version of Hollywood might be their escape to a more relatable entertaining experience. This is when blaxploitation begins. Blaxploitation is a type of exploitation film emerged in the early 1970s. The word “Blaxploitation” comes from “Black” and “Exploitation”. The films feature mostly only black actors, which they would lead both the hero and the villain roles. Even the films become very popular among black audiences, they have received many critics on stereotyping their own race. The film tends to serve what black people cannot reach and it is also influenced by the Black Power Movement. Different colors would enjoy and prefer seeing a person with the same race or as them taking an important role in the film rather than white actors like most of the other Hollywood films. Eventually, after receiving a great welcome from the audience, later on, other movies began to step out from the norms and started to feature black characters in the main role more than the part.

In recent years, 2017 and 2018 seem like a good year for the diversity race representation in Hollywood industry. Movies like The Green Book, Black Panther and many more have shown the world that people of different race other than “white-people” can play a significant leading role in Hollywood movies. Meanwhile, the representation of the minority actors in this industry has now become the voice of people of all colors that they can become more than just a supporting character.

Black Panther, which premiered in January 2018 has remained in the spotlight as the plot of the movie focuses on Black people and represent them as superheroes. It is the first Marvel-Comic movie, which the main character is black and the culture that was represented in the film is also based on the real African culture. Undeniably, the movie extremely succeeds, which apparently ended up receiving over $1.3 billion worldwide and has been claimed to be the 3rd most successful film in US ever – according to Forbes. Many people have responded to the film in very positive ways as it is encouraging people of all colors to realize that they can have important parts in the movie. Surely that Black Panther’s accomplishment will be the fundamental and role model for several movies which will include or represent Black people as the main character.

Another film representing the way black people were treated back then is “Green Book”. Green book(2018) was directed by Peter Farrelly. The movie is about the journey of Italian-American and African-American which both of them had to rely on each other as employee and employer. The movie was based on a true story and got 13 rewards approximately. The actual event happened in 1962 with the beginning of the friendship between Don Shirley and Tony Lip. Back then, Don was treated differently since he was black. He was once told by the white producer, Sol Hurok, that he should not chase his dream of being in a classical music career. The producer claimed that Don should be in Pop and Jazz music instead because the audiences do not want colored pianist. In the film, it shows that Tony was racism before he went on a trip with Don. Tony had assumed and judged people into classes as well as most people.  During the trip, Tony faced with many cases of abuse and insult action by white people toward Don. Don was not allowed to eat and use the restroom where he performs. He also was hit by white people. Don was not allowed to stay at some hotels and asked by the police to pull over the car due to being outside after sunset. Thus, Tony had to read all term and conditions in Green Book, an annual guidebook for African-American road trippers, for being an assistant with Don. This is the reason for the title Green Book, The Negro Motorist Green Book which told what hotel, restaurant, or garage Black people be able to enter.

Even there was a stereotype and the usage of black people as a media representation back then, there were people who wanted to challenge the old belief and call for justice. Spike Lee is one of them. Shelton Jackson as known as Spike Lee is an American actor, writer, producer, and director who was born in 1957. He mostly direct films in the way to interpret stereotype, racism, politics, criminal in town, or poverty. There were two of his most famous films. The first is ‘do the right thing’. This comedy-drama film was established in 1989 and also selected to be preserved in the National Film Registry. Do the right thing mostly focus on racial tension causing a riot in Brooklyn’ s Neighborhood.

Another interesting one is ‘Bamboozled’. This is the satirical comedy-drama film establishing in 2000. It shows a blackface makeup actors in the scene. Spike Lee wants to do two things from directing the ‘Bamboozled’. He wants to both entertain and educate the audiences about the history of African-American been represented in popular culture. The Bamboozled provided huge discrimination in history and also the title means being cheated.

Another actress that has made a debut to both big screen Hollywood films, Gemma Chan. After her spectacular performance in Crazy Rich Asian last year, the film has become very popular and successful. Many people are still surprised by how the Hollywood industry decided to choose a best-selling novel that is based on Asian family. This is so unusual for Hollywood because a white Caucasian family was always their option when it comes to a comedy movie. Anyway, the most importantly is that they are no color-blind casting in this case.

Currently, Chan appears on the big screen in ‘Captain Marvel, 2019’ directed by Anna Boden and  Ryan Fleck. It seems like the portrayal of Minn Erva by she had destroyed the barriers of race and ethnicity in Hollywood movie so far. Watch the full interview of Chan with avclub.com﻿

From Buzzfeed article, Chan emphasized “There are three stages. Stage one is the parts you’re being offered are very stereotypical that is based on your ethnicity. Stage two is yes, your ethnicity is a factor, but it’s a part that challenges those stereotypes in any way. And then stage three, the holy grail, is your race doesn’t come into it, you’re just cast because they think you’re the best actor for the part”.

“I’m hopefully somewhere between two and three,” she added with a laugh.Click here to read the full interview.

The questions still circle around whether is it stereotyping? Yes, we see improvement in racial representation in the film and also other industry, that is a good thing. But, does that mean those people really represent themselves as they really are or is it stereotype again. Although we have seen that there are a rising number of different racial casts for the main character in big screen movies recently, the statistic from UCLA Hollywood Diversity Report 2018 shown the there are only 1.4 of 10 lead actors in the film that are people of color. Will we see more “progress” or “zero-progress” in Hollywood? That is the question that we have been looking forward to. The year of 2019 should tell us more about their improvements, but even how people try to avoid sensitive topic, sometimes, the issues have been unintentionally emphasized more chaotic than it was expected. It can be implied that representation in each group of the society might lead to complicated and chronic issues if it is not carefully considered.

“Any time a person of color makes a movie, it’s an act of revisionism and reversal because Hollywood was absolutely forged in stereotypes.” 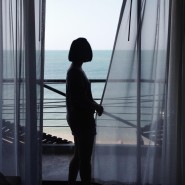 Dos and Don’ts in each country. What you must know before traveling!