Nowadays, we cannot deny that K-pop is now a global phenomenon. Korean pop culture (K-pop) is also known as Hallyu, which means Korean wave; the success of Korean popular culture. It’s not only an idol band, but also includes K-drama, celebrity, entertainment program and music. K-pop entertainment industry started in 1992, when Seo taiji and boys demonstrated that they have shown the culture progress, they changed the music industry, and other things, in the whole environment in Korea. In this era, they had over the Asian nations, especially China and Japan; They set and dictated the trends, including fashion trends, influencing what had been sold.

The first Korean wave in China started in the early 2000s, with TV dramas, followed by the second wave, which happened when the K-pop music genre popularized in China. The third had been started after 2010s, K-pop was into Chinese pop culture mainstream.

Not only idol groups are successful in China, but also entertainment programs, dramas, and movies, which companies made a Chinese version of them, such as ‘Running Man’, ‘MY GIRL’ and ‘Autumn in My Heart’.

There are many idol groups that include Chinese members, such as miss A, Pristin, F(X), NCT, GOT7, CLC, Seventeen, Twice and more.

China started to ban Hallyu at the end of 2016. Many Korean music artists, idol groups, and actors often travel to China, because China is one of the most profitable entertainment market countries, earning the country at a record $5.3 billion in 2014.

Now, Korean artists are no longer shown up in any programs on Chinese television, every Korean contents are prohibited and banned in China, even though the companies cooperate with the Chinese company. Korean TV shows and K-pop music videos have been blocked from streaming in China, and the artists couldn’t hold any of their concerts in China these days.

The reason that China bans Korea is the Chinese government is retaliating against the South Korean government. South Korea made the decision to deploy the THAAD (Terminal High Altitude Area Defense), American missile defense system, in the country. While it is understandable that South Korea wants more security assurance when facing with an increasingly powerful North Korean threat, China believes that the THAAD decision actually also hurts its national security. Another reason is that the Chinese government was worried about the Korean entertainment industry affecting the Chinese entertainment industry too much since South Korean culture is a big deal among Chinese young people — fashion, cosmetics, music, food, TV shows, and even the language.

Not only the entertainment part that had been affected, but also the economic and tourism part. To illustrate, before the ban, more than 8 million Chinese people visited South Korea, and Chinese tourists accounted for about half of the total revenue of South Korean hotel chains, cosmetics companies, and duty-free shops. This will result in about US$4.5 billion in the lost revenue for the tourism industry in 2017, after the ban of China.

The Financial Times said about this issue, “Cosmetics companies that have been benefited from extra exposure in China, through advertisements, and as a result of Korean pop culture’s ubiquity have also suffered. LG Household & Healthcare shares have been dropped by 5.8 percent this week, while Amorepacific is dropped by 3.5 percent.”

Korean celebrities have canceled tours in China. According to the South China Morning Post, “A Chinese entertainment corporation has been reportedly fined 17 million won (US$14,460) for pushing ahead with a Korean idol group concert that had not been approved by the Chinese government, and it was ordered to refund ticket buyers double the original ticket price. The entertainment company invited the Korean group, and began selling tickets a month before the concert, but the Chinese government refused to confirm the show.”

The advertisement that has EXO as a presenter, was taken down.

To deal with these problems, China begins to support Chinese artists more than before. It can be obviously seen during 2 years ago, after all Chinese idols who work in Korean pop industry went back to their homeland to start their works again. The biggest spot was in last year when IQIYI released the program call 偶像練習生; Idol Producer, premiered on January 19, 2018, with  Lay Zhang (Exo Chinese member) as a production director. The concept of this program is about to bring 100 trainees from 31 entertainment companies, or without signing under any companies to join together. The trainees had been training for four months, and the last nine trainees were chosen to debut as a boy group named ‘Nine Percent’ through viewers’ votes, but this concept had been found out that is similar to South Korean show, Produce 101. When this program ended, trainees who didn’t received any chances to debut had to go back to their first companies.

Some companies decide to let their trainees debut, such as NEX7 from Yuehua entertainment, Oner from Qin’s entertainment, Awaken F from OACA entertainment, and other trainees as a solo artist. The increasing number of new Chinese idol groups makes C-pop becomes more well known and spread out to many countries. And with this positive response, Tencent; one of Chinese biggest companies decided to film the show called Produce 101 China, under license from Korean company, Mnet. The concept was as same as Idol producer, but different in a number of trainees and elimination rule. The production director was TAO (ex-EXO Chinese member). The debuting group is called “Rocket Girls 101”.

After the end of Idol Producer in April 2018 and Produce 101 China in June 2018, later on, in 2019, IQIYI started the second season of Idol Producer, and changed the program’s name to 青春有你; Youth has you, and also bought the copyright from Korean company. This season wasn’t changed much from the first one, but some coaches were changed. The debuting group is called UNINE.

At the same time, Youku, another China hosting video service, launched the program called “All For One” with Fei (ex-Miss A Chinese member) as one of the coaches. The concept was also similar to the previous one, but the distinctive point was all trainees from different companies were separated into 10 teams, and compete as teams, and through evaluations, few teams will be eliminated. Two groups will be able to debut at the end, one will be the winning team, while the other team is composed of the top 9 contestants based on voting.

Moreover, from these reality television shows, China also makes more entertainment shows. For example, music shows like YO! Bang, and Idol Hits, are available for Chinese idol groups to perform their songs, and variety shows, like Keep Running, which is a spin-off from the popular original South Korean variety show Running Man by SBS.

South Korea can’t earn any interests in China, and the group that has Chinese member must stop their works. So, How do they solve these problems?

SM Entertainment idol groups that have Chinese member are SUPER JUNIOR-M,  F(x), EXO, and NCT. The Chinese member of SUPER JUNIOR-M is Zhoumi which is now a solo artist and only releases his song, while Victoria of F(x) is now focusing on her own works for being an actress in China and has her own studio. For EXO, Lay or Zhang Yixing is also doing his work and has his own studio to make his solo songs in Chin, the example of his solo songs are Sheep, NAMANANA and Give Me a Chance. Lay made a collaborated with Alan Walker and also participated in Jason Derulo’s “Let’s Shut Up and Dance”. He is now a host and a coach in many Chinese entertainment programs.

The last one is NCT, which has 6 Chinese members, a Hongkong member and a Macau member. With this amount of members, SM Entertainment decided to debut “WayV” or “威神V” with 7 members; Kun, Winwin, Ten, Lucas, Xiaojun, Hendery and Yangyang, under Label V, which is SM Chinese partner for promoting in China. They also release NCT original songs, like Regular and Come Back, but in Chinese version for their debut in China. After their debut, WayV becomes very popular, and they were also be on All For One program, as special guests, and Lucas joined Keep Running.

JYP Entertainment also has a group that consists of Chinese members, and focuses on working in China only. This group is ‘BOY STORY’, contains 6 members; Hanyu, Zihao, Xin Long, Zeyu, Ming Rui, and Shuyang. They were debuted under Tencent Music Entertainment and JYPE China. Moreover, JYP boy group, GOT7, also has a Chinese member as well, Jackson Wang, who also opens his own studio in China, and produces his own songs, for example, Papillon, and Dawn of Us. He also appears in Idol Producer as a rapper mentor.

Yuehua Entertainment is a small company in South Korea, but has received the effect of the conflict between South Korea and China, because most of the artists in this company are Chinese. So, they have to change their plans for their artists in both Korea and China. So, they sent off 2 Chinese trainees; Justin, and Zhengting who already appeared in Korea to join in Idol Producer with others 5 Chinese trainees; Wenjun, Xinchun, Zeren, Chengcheng, and Quanzhe. After this program ended, Zhengting, Chengcheng, and Justin got a chance to debut as Nine Percent for 18 months, and Yuehua also debuts all these 7 trainees as the NEX7. For another idol group in Yuehua like UNIQ, which has 5 members, and 3 of them are Chinese. Yibo is now doing his own work, and was invited to be a dance mentor in Produce 101 China.

Yuehua also has a girl group, WJSN, which forms together with Starship Entertainment. The Chinese members are Cheng Xiao, Meng Meiqi, and Wu Xuanyi. Cheng Xiao is now doing her solo activities like a dance mentor in  Idol Producer, was cast in the drama, and her solo song title is “If Love”. Meng Meiqi and Wu Xuanyi had decided to join the program Produce 101 China, for getting the chance to debut in China. Xuanyi also said in the program that she had debuted in an overseas girl group (WJSN), but she came here because her root is in China. Finally, both of them got to debut as Rocket Girls 101 members.

Yuehua still has an idol group that promotes in South Korea, they just sent back Chinese members to their homeland to deal with this situation.

It can be seen that Korean pop culture is growing in everywhere in the world, even in China, Chinese people also like K-pop but with this situation that relates to the national stability, and with to protect their own tradition, China has to ban everything about Korea. This may be called ‘the sense of the nationalism’, so, when Chinese idols came back to China, and had participated in many shows, they always gain a lot of support.  Moreover, China and Korea are different in both tradition and culture, to illustrate, for Korean fans, they will cheer and support all group members, but Chinese fans will only like and support only one member. They even have each member’s color support. So, some Korean idol groups that want to promote in China must be prepared for Chinese fans treating. 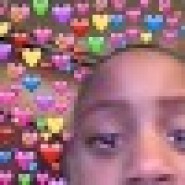