The process by which the principles of the fast-food restaurant are coming to dominate more and more sectors of American society as well as the rest of the world. It was created by George Ritzer, the author of the book ‘The Mcdonaldization in Society’. Seen in education, work, criminal justice, health care, travel and leisure, dieting, family, religion and virtually every other aspect of society. There are four concept of McDonadization which is Efficiency, Predictability, Calculability and Control:

Besides fast food restaurant mcdonaldization can, too, be adapted in media and technology. For example, starting of with the first four elements of it, ‘Efficiency’, media and technology brings convenience into people’s lives. It makes communication faster and easier along with the ability to access to things. For instance you are now able to see view in other places just by the use of Google Earth – you could see the world even when you’re in bed!

On to the second element, ‘Predictability’, according to the efficiencies media and technology have given from the state above, people nowadays predicts or expects that media would offer them better lives. For example, why are people watching movies on Netflix more than regular TV nowadays? because Netflix gives you the ability to watch movies anytime and anywhere – there’s no need to wait around for a show to come on. With that being said, people expects Netflix to be available at all time and have the show to watch on re-run. Think about if Netflix uses the same ideal as TV such as having showtimes and only available on laptops, will people still use it?

‘Calculatibility’, if calculatability equals to quantity over quality, then according to media and technology it would be how people uses technologies not because they provides goods to you – in fact it even gives you other negative factors along – but people still uses it because of all the entertainments and accesses they get. For example, we all know using social medias harm your mental health, but why do we still use it? Because it distracts you and entertains you such as how researches says games can causes temper but you still play it because it’s fun.

Last, ‘Control’, technologies are able to control technologies itself. For instance, Algorithms, it controls how they want the best outcome for users on the internet when they search for such things online. Algorithms is like a spider searching through the internet and controlling the search engine to put the website they think is best for users to be at the top. In social media wise, there are applications that control what people post online, for example if the user posted something inappropriate, they will automatically delete it.

Why Do We Need McDonaldization?

Mcdonaldization helps you to define things. Imagine what would McDonald, or other fast food restaurants in general, be like there’s no four elements of Mcdonaldization. The theory could be a follow up for other businesses as well. Imagine you were starting a business and had absolutely no idea how you could manage it to reach the expectations of audiences and all? Mcdonaldization could be a way to identify all those substances.

Although mcdonaldization seems like a useful theory, there are negative impacts along to it. First, who claims that what they defined is true? For example, the efficiency of media is because it is fast and convenient, but how fast should it be to meet the expectations of users? is 4G enough? Next, how are we sure that people predictions are what we predicted? meaning how do we know people uses Netflix because it’s easy access – able to watch on laptops and phones – what about the old people who still prefer regular TVs? Even though the answers are mostly for the majority of people but the business have to look back at their target audience in this case. 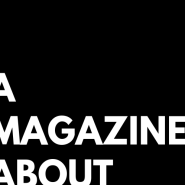