Due to the fast-spreading coronavirus outbreak, our life turns to struck in quarantine and any kind of activity has been prohibited. Humans need foods, air, medicines these factors you can buy and keep it as much as you want and other tangible stuffs too but LET’S TALK ABOUT FEELING, how you feel when you unable to hangout, shopping or having fun with your friends? Virus takes all kinds of entertainment vibe from people. All of the events, meeting in group also impossible in this situation and of course include concerts have been postponed until further notice. Pressure from virus also without relaxing activity to release stress made everything worse
BUT IF we can held concert at home instead. How would it be?

Concert is a live music performance but it didn’t say that we need to held just at the concert hall, thanks to the internet and modern technology that we can watch real concert even if we stay at home by Live Concert Streaming that everyone in the world is able to participate, you just need to have devices and internet.

If you have experienced k-pop concerts there are lots of commuters such as light stick, banners or another cheering stuff but when it becomes to be an online concert, SM Entertainment cooperate with Naver and broadcast concert via Vlive application which has an online light stick for fans to buy and the profit will go through to the artists so it’s another way to support their group by staying home

SuperM Beyond Live Concert has no audience in the hall but using augmented reality or AR effects instead, the artifice which the graphic tiger came on the stage while performing. Beyond the spectacular performance, artist interact with the viewers via comment box and artists will randomly answer

A special event for made audiences feel closer to the real concert, Beyond Live drew 190 fans from all who have purchased for the live to have video live talk on the stage, all of them are come from different continents different countries and surely included Thailand.

Except from SM Entertainments

These can gather more audiences than SuperM live concert because no need to purchase and stream though YouTube which is a popular social media so even if you are BTS fans or not you can attend this concert too.

One World: Together At Home

Not only Asian people but also in England, om Sunday 19 April 2020, have a visual concert called “One World: Together At Home” organized by WHO to support people got trouble or facing a hard time during COVID-19 pandemic. Medical staff or healthcare workers are a main role during this virus so this concert have goals to made them aware of people outside are always be here to support and want to say thank you.

This Concert will be streamed online and also on major television networks too. The main platform is obviously YouTube which can reach all people in this world but there also Facebook, Instagram, Amazon Prime Video, Twitch, and more. Every music that was chosen on this event will give healing to everyone who was listening, they beautiful voice form their home will come through to viewers and blessing our ears, receive power and work hard on our duty.

Back to Asia,
Japan also got affected by the virus and of course j-pop needs to find the way same as other countries so new media is the answer to this problem. Japan is one of the countries well-known about festivals and concert culture that a little detail is difference from k-pop but still on the same platform that they also have idols, artists, singers, and promote in a similar way at some point.

Amatsuki, is a 28 years old boy with still looks like a teenager and he is an utaite or can easily understand that he is the man with a beautiful voice that loves to cover the song and stream like for his fans with his friends. In 2020, Amatsuki is planning to held his concert at Makuhari Messe Event Hall but cause of COVID-19 the concert has to be canceled. Amatsuki’s fan club are certainly upset about this situation so he decided to live concert on YouTube with his friends instead and this is also free, he did this with a reason that wants to cheer up his fans that waiting for his concert. In the concert live he also interacts with his viewers by reading a comment in real-time live. The video was recorded and can watch again the week after so now we can enjoy with his beautiful voice and his amazing band by click play video below right now!

Japan is one of the developed countries with the high technology in the world, and famous in making anime or your know as a Japanese cartoon moreover the characters on the 2D screen why we don’t make them survive in the real world?

The performance is performed by artificial character show by outstripping computer graphics include real person playing an instrument along in the concert.
All of the detail for this concert live was announced on www.honeyworks.jp

Translation of the description box below the video :
We wanted to give the opportunity to be happy and entertain to people even just a little would be great due to the spreading of the coronavirus so we uploaded.

So these are 4 minutes from this concert live.

How about our hometown
Did you know that Thailand have a music festival live ?

“ At Home Festival by Fungjai”

Fungjai is a company founded by Sarun Pinyarat, he wants to test a free concert online by live via Facebook Page and YouTube Channel. Mr. Sarun reminds the effect of the virus that create unemployed problem in the music industry, not same with the famous artists that we have talked about in the above part, all the artists in k-pop, j-pop or celebrity already have a stable financial and satisfy with their earnings but it different to ordinary singers who have no name. Due to Coronavirus, Mr. Sarun held a music festival online included 10 Thai bands for 7 hours with none stop.

Couldn’t say that it’s a completely “free” concert, while concert is broadcast it also has a QR code to scan for donation so it up to the audiences that they will decide to paid or not, it’s up to viewers decision. This kind of free concert made attractive to audiences because they can offer money in the amount they willing to and artists also gain revenue at the same time.

Artists who featuring in this concert already have fans of their own, such as Safeplaney, Three Man Down, and more. For choosing a band that famous in the country their able to confirm that this live will have lots of viewers in that 7 hours but it can’t confirm the results profit, will it worth it or not?

Luckily that humans never stop progressing, at last, we got the internet for making our life comfier so in this quarantine we still have enjoyable stuff like concert online to reduce our stress. In role of audiences, we are just bored during this quarantine time but if we think in artists’ perspective, this situation actually ruins their jobs.

Singer unable to do their job at home, they need a place such as a club or concert hall to do performance but they can stay at home by no option, it’s not only singers or artists but many career in the world got effected by this virus. We can’t change the past so everyone need to adjust with the situation, protect themselves from the virus and wish everything will get back to normal like before so STAY SAFE GUYS! 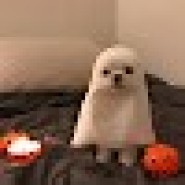