Sneakers are the best choice and widely used for every casual wear. They could be called trainers, athletic shoes or kicks, according to their history they are primarily designed for sports or other forms of physical exercise. Wearing sneakers over the other types of shoes absolutely has its benefits because sneakers are very comfortable to the feet. They are flat, thus they do not cause so much pressure on your foot and legs. You are less prone to injuries and have a good balance on your sneakers.

This blog is going to give you recommendation which I counted down my list for the top 10  best sneakers for 2020. Moreover, I would drop the link down below for you to buy online during this quarantine.

The Original Air Jordan 1 (Bred/Banned) released in 1985 when Michael Jordan was rookie of the year and played in the All-Star game. The nicknamed “Banned” was given to the OG Air Jordan 1 Black/Red because David Stern said the colour didn’t match league regulations. This colour became popular and the price has gone up tremendously. A deadstock pair with box and hang tag could sell between $1,500 and $2,000.

However, there are various colours that you could buy them on the market which is always in stock. You could rock them with jeans or joggers. In addition, it is athletic shoes thus you could wear it when playing basketball as well.

The Reebok Club C (short for Champion) arrived in 1985 more or less as a re-titled version of the Reebok Revenge Plus. With the C standing for “Champion”, it seems more in line with the tennis sneaker scene the brand was aiming for. For the most part, the design is one of 80s functionality and it is truly a tennis icon that lives on.

Reebok is a stubbornly old-school brand that hasn’t evaporated. They are still very much alive and don’t seem to be going out of trend soon. With this retro silhouette, you could combine them with jeans or sweat pants. For a man looking for vintage or retro look, the Reebok Club C 85 would be a great choice for you.

The OG version first released in 1982, New Balance recently dropped the 990v5, a modern and updated take on the timeless running silhouette which made waves over 3 decades ago. The 990 series was a cultural revolution , worn by ordinary people to people who’ve changed the world. Apple Computer founder Steve Jobs used to wear always a pair of 990s.

Personally, I’m not a big fan of sneakers and haven’t got my own the 990 series, but I really love the way this silhouette look. I wish I would have one some day, according to high quality sneakers which only made in USA. These shoes absolutely worth the money.

When Adidas unveiled the Ultra Boost in 2015, they claimed it was “The Greatest Running Shoe Ever”. Its design was the perfect synthesis of innovation and style, It looked very good, it felt as great as it looked and for anyone that ran in it, it performed better than any running shoe on the market at the time.

In my opinion, the Ultra Boost is the best trainers for workout purpose. Even though, it is not the best one for fashion, it would be an excellent combo with joggers and not a good one when wearing it with skinny jeans.

The Yeezy brand is globally renowned for being at the forefront of fashion, it stands as a manifestation to Kanye West’s fashion taste which makes the rapper and entrepreneur become a groundbreaking fashion designer and one of the most influential icons of modern-day.

You would see that lots of young men like to wear the Yeezy, thus you could get an inspiration for your outfit. The Yeezy boost 350 V2 triple white is a good choice for you. They could be worn with any casual outfits. Moreover, wearing shorts is also a good idea to combine it for this summer.

The Air Force One was Nike’s first basketball specific shoes. The Max Air unit in the heel offered top-of-the line modern cushioning. Once Moses Malone won an NBA title in his Air Force One, It has became popular until today, the Air Force One is Nike’s all-time best selling shoe.

My recommendation is a pair of all-white Air Force Ones, because it could be worn with any outfits. This shoe is quite big compared to the other brands which gives you a unique look. According to its chunky silhouette, you should wear relaxed fit pants for the right proportion like joggers or regular fit jeans.

Stan Smith is a tennis player who is one of the 40 Greatest Players of the tennis era. He was winning Grand Slams, garnering acclaim and ascending to the world’s number one ranking in the early 1970s. A couple years later, Smith was enticed by the endorsement and signed a contract with Adidas which is the birth of Stan Smith shoes.

The minimal design makes it easy to dress up, you could rock them with chinos, jeans or shorts which never go out of style. In my opinion, this shoe is one of the most versatile sneakers, according to its silhouette that easy to wear. Moreover, the price point is reasonable and affordable. If you are looking for the first pair of shoes for your collection. Stan Smith would be the best for you.

You might not know the Koio brand, it is a new sneakers brand which constructed in Italy with the finest calfskin leathers and hand-finished. Koio is one of the brands leading the charge. According to the founders who have the same passion, they are looking for shoes that could transition from day to night, from professional life to social life which leads them to create the Koio Capri.

The Koio Capri is a pair of shoes I wish I have one. It is quite similar to Adidas Stan Smith which gives you the same look, but in terms of quality, they’re huge different. The Capri is great for both casual and formal look. You could rock them with jeans, chinos, shorts or trousers. Personally, the Capri is the most versatile and beautiful leather sneakers on the market now. If you have the budget, just go for it.

The Old Skool is Vans’ first skate shoe which incorporated leather panels for increased durability. It was originally referred to as the “Jazz Stripe” which started as a random doodle by Paul Van Doren and it has become the unmistakable hallmark of the Vans brand.

Vans Old Skool is the most iconic silhouette for skate shoes. It’s also timeless and classy looking shoes which is very affordable. There are so many options for you to get any colours you like. Moreover, you could customise your own kicks on the website. You could change colours and all materials of the silhouette.

Converse All Star Chuck Taylor is the oldest, most popular and all time best selling basketball shoes. the Converse Rubber Corporation opened in 1908, which firstly made galoshes and other work related rubber shoes on a seasonal basis, and began making athletic shoes. With the popularity of basketball, the Converse Corporation had developed a shoe that people could wear while playing basketball. After, lots of research and development, the very first version of the All Star basketball shoe was produced in 1917. It has become popular by Charles H. Taylor who was a basketball player for the Akron Firestones. He was so successful in promoting Converse All Stars, as well as making important changes in the design of the All Star shoe, in 1932, his name “Chuck Taylor” was added to the ankle patch. Thus, the “Chuck Taylor” All Star basketball shoe was born.

Converse All Star Chuck Taylor is one of my favourite sneakers, this shoe is classy and timeless silhouette which could be worn everyday, everywhere and every time with every outfit. There are various colours you could choose and the retro version called All Star Chuck Taylor 70s which you could match it with your style. Cuffing your jeans with high top all star would be a great idea for vintage look. 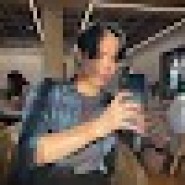