Home > MediaAndSociety > Best horror movie on Netflix you must watch!

What are you afraid of?

Strange noises in the silence?

An unknown lady in your closet?

Uninvited friend under your bed?

In the world, we have so many mysterious things like ghosts, aliens, or Satan which can’t be scientifically proven.

It made us scared, curious, but interested in them at the same time.

It’s normal that something secret, darkness, and horror has fascinating to keep people passionate to keep watching it or creeps them out.

Some people can’t stand it, but some people love this stuff a lot.

That’s why  ‘horror movie’ has created and become one of the movie categories which never disappear from the world because humans need excitement in their life.

We can’t forget to think about ‘Netflix’ the popular media service provider, there are many horror movies on platforms.

Let’s take a look at what are the best horror movies on Netflix!

Plot summary:  The Story. 1922 is about a proud farmer named Wilfred James, who, with his 14-year-old son, murders his wife to gain ownership of her inherited land. However, strange and supernatural occurrences begin to plague both James and his farm shortly after the murder

For those who love horror drama movies, this movie is the top choice.  1922 is based on Stephen King’s novel who known as the best horror author in the world and he never disappoints audiences. You will be pleased by watching the beautiful view in the former time’s theme, there is no jump scare in this movie but so much quandry and pressure.

Even though the movie runs the story so slow but what attracts audiences throughout the story the most is ‘how his past sin of murdering his wife haunts him’,  his wife as ghost started to haunt both James and his farm. This movie conveys the stories of ‘law of action’ perfectly.

Plot summary: DescriptionThe Perron family moves into a farmhouse where they experience supernatural phenomena. However, they consult demonologists, Ed, and Lorraine, to help them get rid of the evil entity haunting them.

The reason why this movie creeps people around the world because it based on the true story. The more exorcism, the more harmful evil spirits spook the family. The story of this interesting exorcism leads to many unexpected haunting, well-crafted, and nail-biting situations.

With the unique deception of the ghost which makes it different from another horror movie,  it keeps audiences excited all the time. This could be one of the scariest movies of The Conjuring Universe.

The movie doesn’t mainly focus on the horrifying ghost, but what creates the creepy vibe to the audience is the light, sound effect,  and visual. The ghosts rarely appear in the movie, but it’s not a problem to frightens us.

Plot summary:  A troika of robbers barges into the house of a visually-impaired veteran after hearing that he has won prize money. Soon, they realize, much to their horror, that the old man is not that helpless.

Who would have thought just breaking in one group of blind old man’s house who lives alone and seems not dangerous at all for teenagers thief? it should be a piece of cake for them.

But they are wrong… Instead, they have to face the most terrifying experience of memory forever that is waiting for them inside.

The Chasing between the blind old man and thieves who become the victim is intense and can’t take eyes off any single scene. The storytelling method release unexpected situations that make us I hope and wonder how will they escape this nightmare.

Plot summary:  When a mysterious force decimates the population, only one thing is certain — if you see it, you die. The survivors must now avoid coming face to face with an entity that takes the form of their worst fears. Searching for hope and a new beginning, a woman and her children embark on a dangerous journey through the woods and down a river to find the one place that may offer sanctuary. To make it, they’ll have to cover their eyes from the evil that chases them — and complete the trip blindfolded.

The highlight of the movie is that it creates excitement for the audience by making people “don’t have a clue” of the danger that creeps into.

What is the purpose of the mysterious force? How is it look like? They keep it secret.

the movie has set certain conditions in order for the audience to understand that if the characters in the story don’t follow the “taboo”, what will happen to them?

Bird Box can be considered a thriller movie that fun, exciting, and leads to the conclusion that the audience wants to support the mother and her kids to be alive from the beginning to the end of the story.

While attending a dinner party at his former house, a man (Logan Marshall-Green) starts to believe that his ex-wife (Tammy Blanchard) and her new husband (Michiel Huisman) have sinister plans for the guests.

After watching it, you won’t believe how words impact others…from one person to all village like this movie!

With doubtfulness, the vibe in the house is scary. What’s more creepy is how unusual of some people who got invited are.

Actually, this thriller movie has a good mixture of drama that has great content about broken homes. Throughout the entire story, we can see the pain of the main character who has a sad past family life which the movie tells the story very well.

Have you guys ever watch some of these movies that I mentioned? or any other horror movies which scarier than these to recommend?

Alright, I have to go watch horror movie now, have a great day! 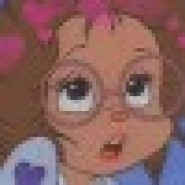