When people are living in the world together there will be a set of rules involved and an exchange of culture would happen. The culture in which I am talking about is for instance foods, clothes, and lifestyle. Nowadays, there is a lot of content that we can choose to watch and the one that has gotten a lot of interest in K-Pop. K-pop, shorten for Korean pop. K-Pop has always been popular in Asia countries but for the past 4 – 5 years there has been a boom of K-Pop all around the world. It has been gaining a lot of attention thanks to the wondrous world of social media where everyone is connected and everything is a click away. This was very unexpected because no one had thought that K-Pop would do well in European countries.

The Hallyu wave that has washed all over the world

It is an abbreviation of Korean pop. It is a genre of music originating in South Korea. The term is used to describe a modern form of South Korea pop that is influenced by styles and genres from around the world, such as R&B, rock, jazz, etc. on top of traditional Korean music roots. The modern form of the genre emerged in the early 90s. This term has been popularized since the 2000s. it is also called “Hallyu” which means Korean. There is a phrase that is called “Hallyu Wave” which essentially translates to Korea wave. It is a metaphorical “wave” which is Korean media and culture spreading across the world. This wave is not only just music but also Korean dramas and Television shows.

When did K-Pop become a thing?

Before we even know it, it has became something that we are so used too.

The idea of K-Pop first originated in 1992 with the group of hip-hop dancers known as “Seo Taiji and Boys”. They performed their debut single which is traditional music mixed with American-style pop music on a television talent show. The group was critic a lot because no one has all mixed these two kinds of music and perform publicly and received the lowest score from the judges. They created a form of music that challenged traditional South Korean norms by tackling topics such as censorship, fashion, and subpar education system. They have created such impacts that this has allowed other new upcoming artists to challenge their creativity and break even more barriers. This also leads to new music studios to pop up in the late 1990s.

Why is it so popular?

K-Pop got popular in South Korea in the late 90s with groups like Sechkies, H.O.T, S.E.S, etc. These groups are considered as the first generation and lead to the groups’ craze and this popularity fed into the second generation. The second-generation groups were what opened this culture into international recognition. This generation had a lot of songs that are recognized throughout the world such as Gee by girls’ generation and Fantastic Baby by Big Bang. The most revolutionary song that open K-Pop to more international recognition is Gangnam Style by Psy. The song was catchy with the easy to remember lyrics and dance. The music video was crazy and funny. Everybody everywhere, in the East and the West, was dancing and singing this song. People were even debating on how to pronounce the title of the song. It broke huge records and became the first video ever to surpass 1 billion views on YouTube and stayed as the highest viewed video on YouTube for 5 years. A lot more people came into the K-Pop fandom after the success of Gangnam Style. Not only the music style is popular but also the style of the music video, fashion, choreography, etc.

Social media has become such a big aspect of our lives. We use them every day, all day to follow the news, entertainment, and things that we are interested in. Social media is heavily used by teenagers, this makes it easier for K-pop to access and see. By using social media within the age that something is popular it will be easier to see and engage in that topic. It is the same with K-Pop. People will make fan-made accounts that will be the contents of their favorite singer or idol. The algorithm of social media will show the contents that we are interested in. If you are interested in or starting to get to know what K-Pop is, the algorithm will slowly show posts related to K-Pop. There are a lot of platforms that singers use to communicate with their fans, for example, YouTube to post music videos and also their channel to post vlog and personal videos for their fans. Twitter to talk with fans and Instagram to post about their day for fans to feel closure. By using all these social media, it is easier for fans to stay interested and follow them.

Is there a language barrier?

K-Pop has fans all over the globe and obviously, the fans are not fluent in Korean

Unlike the English language which is a universal language that most people can understand, K-pop needs further translation for fans to understand what the artists are saying. How could K-Pop break this language barrier? It is because K-pop songs do not rely that much on the lyrics. They are usually more focused on non-linguistic aspects like, music video should be fancy and up to date and also have to contain a simple but nice choreography. This also includes singers should have a pleasing appearance and the melody should be catchy. Some bands and groups do not match those characteristics, but most of the popular music in South Korean follow this set of rules. The process of making one album takes a lot of time and is a delicate procedure. To be able to produce trendy songs, companies are seeking and receiving songs from composers all over the world. When the song is complete companies have to also make up a choreography that will complement the song so they have to also hire a dance crew or choreographer to create original dance moves. 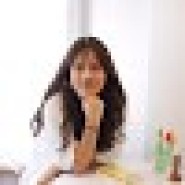