Home > MediaAndSociety > Why Disney’s Industry is so successful?

Have you ever wondered why Disney is all around us?

When I stay at home or go outside, I usually see various things from Disney such as dolls, films, clothes, or movies since I was young until now. If you feel like me, this is the sign that we are growing up with Disney! Walt Disney Company has taken over the world for many decades. Nowadays, it still continues to develop for an international expansion.

Before Disney Studio became an empire in the global animation industry, Walt Disney created Mickey Mouse from Oswald the Lucky Rabbit in 1927. Disney met Universal executives to negotiate for an agreement but they offered a low salary for Disney. So he lost the rights to Oswald.

After that Disney and Ub Iwerks, the duo, shortened the rabbit’s ears, drawn some padding around the middle, and turned him into a mouse. Mickey’s first debut is “Plane Crazy” but it was not really successful. Walt Disney produced another work, “Flowers and Trees”, a Silly Symphony and the first full-color cartoon.

It won the Academy Award for Best Cartoon in 1932. For the next decades, Disney cartoon won the Oscar every year. The cartoon series gained more attention from kids. This made Disney became more popular!!

History: In 1940, Walt Disney Studios had become well-known for its cartoon characters. Many fans who wanted to visit the studios sent the letters to Disney. So he started to plan for a place for Disney’s fans that all ages and genders would enjoy by having their favorite characters and films there. The original concept was “Mickey Mouse Park” project became “Disneylandia” and finally “Disneyland”

“Happiest Place on Earth” created by Walt Disney. In 1955, Disneyland in California was opened for the first time with 18 attractions and five original lands: Adventureland, Frontierland, Fantasyland, Tomorrowland, and Main Street USA. It televised grand opening to reach the largest TV audiences over 90 million viewers. Disneyland had welcomed 5 million visitors within only one year. Later, Disneyland became the most notable park and landmark for tourism. It was working nonstop to develop technology, creativity, and design of theme parks including resorts and franchises.

Disneyland Locations Around the World

Apart from Disneyland and Resorts, Disney designed stores like Disney’s theme parks across the world for their fans to get their own gifts which represent their favorite characters. This is another potential way to promote Disney’s television shows, films, and theme parks.

Furthermore, Disney is trying to keep its stores relevant. So the merchandise is available via an online platform, ShopDisney.com. The site has more stock items that available updated in Disney stores inside Disney theme parks. Disney also uses a vertical integration strategy to expand its targets with other national brand partnerships growing in merchandises such as Uniqlo, H&M, and Pandora.

History: After Mickey Mouse become the world’s most popular cartoon character, Disney created the first animated film “Snow White and the Seven Dwarfs”. It became the most successful film and received many Academy Awards. Thus, Disney advanced innovations features in other films such as storyboards, synchronizing sound with animated images, optical printers, and multiplane cameras.

Disney has long been the king of animation. Their animated films have not only reached over billions of dollars at the box office but also won a record number of Academy Awards. It is undeniable that Disney animated films mean so much to people. These obviously wonderful in our childhood memories, and put so much loved to this day. The animated films from Disney are suitable for children and adults. The films are designed properly for young kids to follow the story but have enough complexity for older kids and even adults to enjoy watching.

Snow White and the Seven Dwarves (1937): A princess exiled to the dangerous forest by her wicked stepmother. She is rescued by seven dwarf miners.

Cinderella (1950): Cinderella, who trapped with stepmother and stepsisters, dreams to attend the royal ball and meet the prince. She gets some unexpected help from the lovable mice and fairy godmother.

The Little Mermaid (1989): A mermaid princess makes a dangerous deal with the sea in an attempt to become human and win a prince’s love.

Beauty and the Beast (1991): A prince cursed to spend his days as a hideous beast sets out to retrieve his humanity by finding true love.

Aladdin (1992): Aladdin steals a lamp with a wish-granting genie inside from the Cave of Wonders. The lamp serves as Jafar who helps him to win the heart of Princess Jasmine.

The Lion King (1994): A lion prince, Simba, who tricked by a villainous uncle about the death of his father. He must overcome and take his rightful place as the king of the Pride Lands.

Toy Story (1995): A cowboy doll is deeply threatened and jealous when a new spaceman figure supplants him as top toy in a boy’s room.

Finding Nemo (2003): After Nemo caught by a diver in the Great Barrier Reef and taken to Sydney, a fearful clownfish joined a journey to bring him back home.

Frozen (2013): Queen Elsa accidentally freezes the entire town. Anna, her sister, must persuade her to bring summer back from frozen.

Zootopia (2016): In a city of anthropomorphic animals, a rookie Nicky bunny cop and a cynical con police Judy fox must work together to uncover a conspiracy.

Through the deal, it raised Disney into the top media company. The major features are telephone wires, broadcasting, radio networks, cable television, and film entertainment across the world.

Disney purchased Marvel Entertainment, which owned publisher of comic books with the famous superheroes and franchises. Marvel movies are highly successful and extremely hard for other companies to compete. Marvel Cinematic Universe films have opened massive hit to the film’s industry, Marvel’s heroes obsessed in most people hearts.

The big media merger was made when Disney purchased Lucasfilm, the production behind the “Star War” movie. The acquisitions of Pixar, Marvel, and Lucasfilm have supported on investment of those franchises through its theme parks and resorts.

Disney leveled up once again when Disney acquired with 21st Century Fox. Through the deal, Disney became the owner of a basket of prized global franchises: Twentieth Century Fox film and TV studios, cable networks FX and National Geographic, international TV business Star, and an additional 30% share in Hulu LLC.

For Disney Interactive, social media strategy is another platform. Disney connects and entertains its fans by separates into the different platforms to approach more audiences.

For Disney on Facebook, it creates 267 pages. There are more than 300 million increasing page likes. People are able to check-in, share their locations, make connections, and spark conversations.

For Disney on Twitter, it manages five major accounts. There are more than 3.5 million followers. Disney uses hashtag to make a trend on twitter to reach more interaction of audiences.

For Disney on Youtube, it generates more than 365 million videos. Disney is trying to launch new Disney contents regularly on YouTube to share experiences and gain people attentions.

Why Walt Disney Company is brilliant?

These are the secrets behind Disney’s Industry. 🎡🥳👍🏻 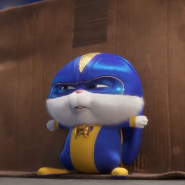