Tourism in this new media era

Our world is so huge, beautiful, and mystery. I believe that quite a lot of people in this beautiful planet have something in common no matter what nationality or what culture we are, which is we would like to seek for experiences in the beautiful places that we never imagine before. Planet earth is so large and coming with a lot of different fascinating environments and landscapes. However, due to the fact of the globe enormous size, traveling across the world is the almost impossible thing for human, Until! the established of new media in this present era.

The development of new media nowadays is creating the world that is more narrow than ever before; and it finally give the chance for any human to traveling across the world as many of them are desire.

“Human have always been on the move.” As our brain grew larger since million years ago, and driven by different reasons, human began to travel. The history of traveling by human occurred for long times ago, no one can certainly remember the exactly time of it.

According to the records, In the neolithic age, the ships and the invention of wheel made by those era human was discovered by archeologists; both of the invention designed to move them around in different way.

On the other hand, in the modern age of traveling which is nearly in the persent. In this indentation, I would like to mention on detail before the development of new media which is about 20 years ago. In those time, of cause the world is much more closer to each other. There are more technologies that can provide the convenience of traveling than in the far past, and the examples of those technologies are planes, cruise ships, or other modern vehicles that can reduce the time of traveling and provide convenient at the same time. Moreover, traveling is one of the essential income channel of the nations, so that, in that time, the government would provide the information or campaign for traveling to attract people both local people and foreigners. These are the example of how the world is more narrow in that era  than ever before.

Nevertheless, although there are lots of development and trying of many stakeholders to make traveling go easier, but there are still the difficulties for traveling that are the main reason why traveling are not easy things for all people. Those obstacle are about informations and languages. These two difficulty are the main reason why there are still a lot of people that thinks “traveling is not easy.” However, these problems were finally fixed by the coming of “new media.”

As I mentioned before in the above subtopic, in the past, traveling is not that much easy due to the languages difficulty in different nations and different cultures. In our world, according to the information from www.Sanook.com, there are languages that different from each other approximately 5,000 languages. This is the fact that why traveling in the past is so hard, it’s because not everyone that could speak many languages.

In addition, although the world has English as a common language, there are still huge numbers of countries that the citizen do not know English. This incident leads to the scare of traveling in different countries and different cultures. Thus, the coming of “new media” is the solution of this problem. When almost everyone in the world can easily access to internet, they can use its ability to quickly translate the languages by feature of many applications on new media platform. People do not need to be afraid of traveling across the world anymore; no matter where ever they are, they can quickly use their cellular devices for translating the unknown languages.

Furthermore, another difficulty of traveling is “lack of informations.” This planet that human live is an enormous planet. There are so many places in the world that human never know the existent of them before because in the past, the informations of those places is unable to access everyone in the world, moreover, people cannot easily find the informations of far or across the world tourist attractions too, because there are few numbers of people who have been there before. And again, this problem was solved by the coming of new media. In the present, almost everyone can easily access to the informations about tourist attraction in every corner in the world. The informations are provided from many sources. For instance, nowadays, many people can find the review of many beautiful places across the world by tourists who went to the places before, which they are posting the contents on social media platform such as Facebook, Instagram, and Youtube. Another source of information might be from the authorities who aim to promote their country’s tourists attractions for economic benefits by create contents on internet platform which everyone in the world could search for. Consider all of these example below.

Due to the increasing of tourists numbers in the present, there are many new applications developed to facilitate tourists in many aspects. Consider these application as example. The first one, “Google maps” is map application that has traffic informations all around the world; no matter which countries you are travel to, you can use this application for navigating purpose.

The second one is “Airbnb.” This app provide you low-cost hotel or even the local people house for resting rather than expensive hotel or resort.

The last one that I would like to suggest is “Trip advisor.” It is the application that has complete service for tourists. You can book a flight, book for a hotel room, find some restaurants, or even rent a vehicle, all in one application.

Traveling across the world is one of the most popular activities that almost every human dream for. If we live in the past, an opportunity to make this dream come true is so tiny. However, do not forgot, this day is the new media era. Everyone in the world could complete this target thanks to the development of technologies. Therefore, since the chance has come, GO TRAVEL AND LIVE YOUR LIFE. 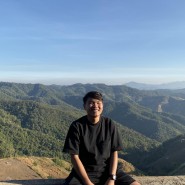