Social media has been growing tremendously and has delivered massive numbers of users in less than ten years. Many firms use social media for increasing commercial profitability and increasing customer numbers due to the numerous advantages of social media. Many Europeans also football club see this opportunity, so they use various social media platforms to help promote their teams such as Youtube, Facebook, Twitter, Instagram and their website.

Football teams use Twitter to promote the audiences in the digital world. It plays a vital role between club and fans; for instance, Liverpool Fc which is an official world worldwide account of Liverpool, they report the information and updating of their team. Before match game, they present the line up of player, match facts, recently table, head to head. All of these make fans club catching up the news and easy to understand about each match. According to the article of Cis Journal Study Social Media Marketing in the Football industry, they stated that “ Twitter is a free social networking and microblogging service where users can send and read message and can be used to communicate instantaneously with fans”, I think it makes people comfortable for updating the news, having retweets, and they have interaction by sharing comments with the people who take care of social media of media clubs.

Another way to present football clubs is Facebook. There are 400 million football fans on Facebook, and sports fans turn to Facebook to see all angles of the sports because they can see the personal side of players. For example, from the website of Social Media Today, they show the top 5 of football players that have been searched by Facebook users. Lionel Messi, Neymar Jr, Cristiano Ronaldo, Philippe Coutinho, and Mohamed Salah; the users can see the personal information or the score that they made in every match. Notably, in the case of Chelsea, having 25,854,253 of total likes on Facebook they also use Facebook to promote by writing the long texts or articles and having some video of match highlight to share in communities. These make football fans knowing a story of each player and seeing the information that they posts. The advantage of Facebook is the football team can post and add anything that they need; most people around the world using facebook or new media in daily lives and it is useful to football clubs becoming famous.

Nowadays, Instagram has influenced with the football fans and football teams because most football teams present the photos and video contents of football teams during training time, match competitions, and the result of scores. According to How They Play.com, stated that Real Madrid CF has the most followers on Instagram; 66.9 million followers and also to combine other social media platforms among the teams which make a total of 207.5 million followers. These show that Instagram makes Real Madrid successful about follows and likes by fans; they can share the opinions on photos below and watching a live mode which is followed all movement at that time. It also has a stories mode to preview the player’s action before match game; we can see a shop which is buying shirts, football pants, and souvenirs of the clubs, which lead to the clubs gaining more revenue and increase in profits.

Football clubs use youtube to promote their teams.YouTube is a video-sharing website that began in 2005, with over 1 billion unique users and 6 billion hours of video watched each month. From these statistics, many football clubs start to create a youtube account to promote their teams and reach broader fans base because the cost to do it cheap and easy to reach out to millions of the audience. To develop a channel properly a Football club must consider that the content being shard is adding value to the community, it must be relevant to the audience and viewers need to be given a reason to view and want to share the video. This is an essential consideration, as football teams need to ensure fans consider the videos relevant to gain profit from advertising. In the youtube channel, the football club will post videos about the club. For example, Press conference before or after the match, squad training, important goals or essential news of the club. The channel will allow the team to interact with their audience via videos in which they can watch anytime. Which means the fans can receive the news and consume content from the club anywhere and anytime they want.Moreover, football clubs also use youtube for advertising their brands and promoting their sponsors. For instance, in 2017/18 season Manchester United football club produces a commercial call “I’m here to create” which they use Paul Pogba as a presenter after he just joined the club that season.  This advertisement is very successful as it makes manchester united to be the best selling football shirts club in the world with 2,850,000 shirts sold and this advertisement also made Adidas generated the highest branded content media value in 2017 as well.

Besides, Football teams also use youtube to communicate the team’s corporate social responsibility activity. For example, Manchester United has a CSR channel call Manchester United Foundation. In that channel, the content is about manchester united doing something that gives back to the community such as players play football with handicaps. By doing this, they can boost up their image and brand values accordingly. Moreover, Youtube also helps the football team to reach more fans that not interest in football before. For example, Manchester United use media industry convergence which they combined their brand with marvel movie Deadpool. This video is called “Deadpool Takes Over Manchester United!” video. This content has been published on Manchester United youtube channel on May 14, 2018, and has around 3,000,000 views. By doing this, Manchester, United can reach more extensive fan base as Deadpool movie fans that never know about Manchester United can watch this video and would decide to follow the team. All of these examples show that youtube effectively benefit football club in various aspects and significantly promote football clubs.

Another way that the clubs use to promote their team is an official website on the internet. To have a good website, the club needs to set their goal of what they want to promote. A mobile theme is also a significant thing that they should take care of. Nowadays, people are using a smartphone to interact through social media more than Computer. Using keywords can help people to get into the right direction of what they want to research. Schema data helps search engine to be able to understand more about your content by placing photo, mark up and review. In my opinion, If I were a football club owner, I would choose the website to be the primary way to promote my football club. Also nowadays people are using social media to buy stuff like their fans buying a jersey they can buy it from the internet this can increase their money in the company. For example, the Manchester United football team. They have everything through their website. People can buy a jersey, see the stadium, update the newest news and also can purchase a ticket for the match that they wanted to watch.

However, Football club also makes a tv channel for their club. Manchester United also have their official channel to show the history of their club and even the live match around the world. This can promote for our ancestors because they would spend their time in tv more than social media. This also an excellent idea for many football teams so they can share experiences and history with their fans 24 hours.

In conclusion, as we can see nowadays, social media took part in an individual life. My firms use social media to increase profit and promote. The football club also uses social media to promote their team. However, there are also various way to advertise. Different apps can promote different things in their club. For example, Facebook, Instagram , Twitter, and Youtube. A website is also a primary key to promote football team on social media. 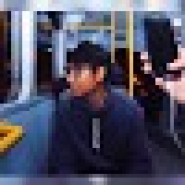 Society VS Movie: Who is the real influencer?

Why FIFA video games are so popular?

Parent Should Have A ‘SEX TALK’ with Their Children