MASS MEDIA AND THE EFFECTS ON THAI CULTURE AND THAI PEOPLE’S CULTURE.

What is the mass media?

Mass media are a form of media that is either reported, broadcasted or informed through mass production that the content is spread, or is publicized to the multiple audiences, with an accuracy of formatting and the edition. The ranges of mass media differ; varying from a printing press, radio, television to the internet. Within these forms, clearly, the world has become more united, i.e., people are wanted to share, to exchange and to communicate with people around the globe, which inevitably some influences have been employed. This is also true to Thailand, where its people have clearly adopted many influences both good and bad ones.

Before the emergence of mass media which allows mass production of the printing press, and later on the emergence of electronic devices, i.e. radio, television as well as internet, Thailand was once regarded as a reserved country. With its traditions and cultural practices, Thai people are bound to be perceived as a very reserved person. Everyone needs to follow many social norms and regulations, and many reservations are still believed to be practiced, i.e. how girls should be conservative, how people should value the secrecy of married life, how the young ones should show gratitude towards their parents, how boys or men should be a leader etc. In other words, the tradition of being submissive and perseverance of how the women were expected to be very decorous, to follow rules and regulations towards the ideal society. Nonetheless, the emergence of mass media has allowed people to communicate faster, interact cheaper hence exchanging information as well as cultural practices together with interchanging traditional traits have become intertwined with the society’s norm.

Through, the exploration of mass media that have major influences on the Thai people, both men, and women. It is true that there are many benefits of having mass media, especially, the emergence of the internet. Thai people have become more intertwined, have adopted as well as adapted the ways of expressing their ideas, their insights along with their perspectives. This also has engendered many to gain information on the multiple platforms, which it has also contributed to how Thai people have become quite expressive into showing and demonstrating their ideas and attitudes which have appealed to many people around.

Nonetheless, the positive impacts of mass media have been misconceptualized by many people, thus triggering many negative impulses towards, Thai culture and its people. For example, Suchart. link? He is a bisexual boy who has become a net idol via the viral notion “capture.”  Later, he has turned to be one of the so-called net idol, of whom have been contacted by many companies to review the products. Some people in Thai society do not accept his behavior and attitude, but some of the people in social media agree and support him. When Suchart gained a lot of attention and support from many people so he keeps doing his reviews which could lead to how people believe that this image can wrongly influence the young children and believe in following him, believing that what he is can also bring them fame and popularity.

If we talk about how the internet has influenced Thai people,  in terms of culture and tradition as well as expression, a variety of these popularized norms have changed. Rather than being submissive, most Thai people have now employed many Western characteristics and improvised to their own styles. To elaborate, many Thais have misused the channel of mass communication just to gain popularity than to be an influencer. Some have employed mass media as a business route, i.e. a channel of doing business at free cost. At this point, it seems harmless, still, there are those who wrongly use this as sales channels, sadly, they only sell without any consideration and ignoring the ethnicity of cultural value. Thai people have become not only more expressive, but they also have become more explosive.

Many have also employed the concept of being “Net Idols” or “Social Influencers” in a negative way. Though being an influencer means to bring something positive to society, many have adopted this ground only to inflict the impetuous act.
Some believe that the more explosive they are, the more popular they become. This has become a viral trend that even the kids are turning to these influences, believing that the more radical, the more absurd, the more iconoclastic they are, the higher popularity is trust, which in turns, serves as a means of gaining money. To illustrate, if anyone is more arduous, there are many companies that would actually ask them to advertise their products. This has allowed many more social influences to exist.

Not to mention, how many have wrongly misinterpreted the concept of net idols. Many have tried to use this to sell their self-made products, for example, love potions. Though they are ignoring the ethnicity of submissive, they are now using this to be very explosive, using nudity depictions as their own advertisement, especially the feminine products, which is mostly intended to be sexual exposure.

To inflame the absurdity, many Thai girls have become expressive. Actually, being expressive is not wrong, but if they use it to express certain improper manner, to distort verbal communication or even to cyber-bullying someone, these are not impressive gestures, indeed it only mirrors how distorted people have become.

Another imbecile example of how Thai woman has turned to the verge of shamelessness is how one lady named Emmy,  has recorded and posted the video about how she loves her husband and posted on social media.

Not just how these mass media have been misused or corrupted, many of them have also used this mass media to serve as a path for free speech. Free speech is believed to be a use of freedom in expressing ideas and thoughts in a country that allows freedom of expression, especially, in a democratic country. Here, the intention of it is to be used as a voice for the voiceless people as many have used free speech to exercise their rights.

From the pictures, we see that there are two sets of free speech, love speech from King’s “I have a dream” which called out the equality and justice rights towards his comrades, African-American to be treated equally as the Whites. While another is the hate speech, given by Antoinette, “Let them eat cake” which reflected how her speech was the cause of eradicating Monarchy System. From these, many Thai people have employed the use of mass media as a spokesman, sometimes they use it correctly, but sometimes, they use this channel as a way of expressing words of bullying. This has bombarded society, as people have used the internet to express the ideas, to share the content, to ask for help which, if used positively, can substantiate a strong bond among people. And yet, some people misuse this channel and start to see it as a means of attracting one another. “Word Hurts”, this simple adage reflects very sensitive issue, as “words are mightier than swords”. Instead of being polite, anything or anyone if goes wrong, people are ready to submit their opinions without any considerations.

It has graving effects as some people could not take cyber-bullying, some see it as a self-attraction, and thus any worse case scenarios can occur in those “free speech”.

Social media is the way that people can truly express their opinion but if people overuse social media, it can change their lives in negative ways. Today we will bring up some impacts of overusing social media. Here is the list of the negative impacts that affect mental and physical effects.

The effects on Thais’ physical and mental reflection.

As the communication runs by the internet, many people opt their channel of interaction, especially the teens. Some believe that the more friends, the more comments, the more likes they get, they are more popular. Therefore, those who lack friends or do not exist in the cyber world, as well as those being attacked by verbal abuse can cause them to suffer from cyber-bullying. All these problems urge the cause of depression.

The blue light from electronic devices can affect your brain function and interrupt the sleeping cycle. It can cause chronic syndrome while sleep deprivation can further harm netizen health both physically and mentally.

When people use social media, they want to gain likes and shares. People only share their good sides on social media to gain popularity and become materialistic rather than being themselves. People imitate public figure’s behavior they do everything to be famous without any consideration whether it is good or bad. Some care only for being notorious thus making or posting improper posts for the sake of being noticed. Some use applications to adjust their pictures, living in the world of fantasy while neglecting their true self. This can affect the identity of individuals.

Social media is a sword with double edges we can connect with other people easily, for example, using the hashtag to express our opinions. Sometimes people use their anger to judge other people without using any fair judgment nor consideration. To make matters worse, social media spreads rapidly and it can easily ruin the touted subject’s life.

People like to share private information through the social media, for example, home address, phone number, and id card which allows easy access of the criminals to approach them easily without being aware of the threats.

People have become addicted to social media and are always cling on to their devices while ignoring their family, friends, and lovers of whom are considered as a real relationship.

When people spend too much time on electronic devices, it can cause blurry vision and impaired their sights.

It is undeniable that rather than implementing the use of free speech via the mass media, many have gained notoriety, despicable and eccentricity through mass media. How from submissive, then expressive, to explosive Thai people have become. Not saying that this notorious scam is applied to everyone, not that every message conveyed through mass media is wrong, not every speech given is wrong. There are many possible chances that the mass media can be used for positive vibes, and yet there are many chances that can be misused or misinterpreted, thus effective people, in terms of, how the characteristics, how the perspectives have been converted to be more westernized, to be more expressive, whilst distorting cultures or traditions. 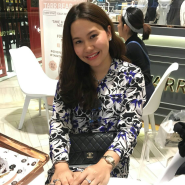 Grand Theft Auto the greatest game of all generations