Advertising is a communication or actions of calling public attention to an idea or goods or service through paid announcements by those who send them and are intended to inform or influence people who receive it or you can just called it as identified sponsor. Media which means the communication channels through which we disseminate news, music, movies, education, promotional messages and other data. It includes physical and online newspapers and magazines, television, radio, billboards, telephone, the Internet, fax and billboards. So advertisers is one part of media as well. Chang is launched in 1995 “Thai Beverage Public Company Limited”, known as known as ThaiBev is Thailand’s largest and one of Southeast Asia’s largest beverage companies, with distilleries in Thailand, Scotland, and China. Chang is the Thai word for elephant, an animal of cultural and historical significance in Thailand. The logo depicts two elephants face-to-face. Chang beer instantly captured the heart and taste buds of Thai people. Over the years it has become one of the most famous brand of beer in Thailand and is globally recognized as a symbol of the land of smiles. Sourced brewed and bottle in Thailand it’s the perfect companion to all things in Thai, from beach football to the spicy dishes. In nowadays Chang have lots of products including mineral water, beer and soda.

Beer Chang expressed the freshness of its product through all of its advertisings by using a technique which is calledhyperreality it’s often used in drinks advertising such as Coca-Cola, Pepsi, etc. which consists on splashing water drops on the bottle to give audience the feeling of exhilarating and promise a premium quality of beer to the consumers by promoting the Gold Award label. for example like Chang x Wongnai food, this is a food festival in Thailand, for people who don’t know brand Chang before they will know it after they go to the festival or when they see the poster.

After  few years after Chang become more popular Chang started to work with other brand or you can called it as collaboration, collaboration is the process of two or more people or organization working together to complete a task or achieve a goal. Chang became a pride for Thailand due to its several collaboration all around the world. Collaboration will benefits both side, including Chang and its collaborators that Chang collaborate with, because it allows to extend the target audience and the market in other countries, the benefits that company will get from collaboration. and here are some pictures of Chang and the collaborators.

1.Synergy. The sum of the whole is bigger than the sum of each part. Working together collaboratively can result in greater accomplishments as compared to each organization working on its own separately.

2.Sharing resources. When collaborating with another company, there will always be things and resources that they can share. One company may be an expert in one field and can help the other company learn about it.

3.Overcoming obstacles. When an organization encounters problems that hinder it from achieving its goals, the other organization may be able to help out. Besides, partnerships, coalitions and networks are more powerful than organizations that operate on their own.

4.Increased community awareness. By getting involved and by being a part of bigger organizations and groups, your organization’s message is better relayed to the community.

5.Access to constituents and funding. Partnering with other organizations can give you the benefit of more grant opportunities as well as make a bridge for more exposure.
Video of Chang collaboration click ⇒  Chang carnival
Chang football
Chang LA food bowl
Tossakan X Chang

Collaboration is a very good way to make our brand known, people can access to Chang website where they can get all information they want and they can contact the brand which is a new possibility and capacity of the mass media which provide to both sides, consumers and buyers, a better communication accessibility. And also provide to consumers the new events by announcing it on the website but also in all social media.

Another thing what Chang attract people is the  Lifestyle what I mean by life style is that every commercial of Chang are related to our reality, such us friends get along together or hanging out in a bar which everyone is happy and enjoy the time we spend together. or friends having trouble and we are not leaving them alone. you can look this as an another example to make you see more clear what I mean ⇒ Friends day

Chang uses a lot of postmodernism advertising to make an unique style of selling their product and they really highlight their product in a very simple way to make the consumer and the audience feel comfortable and familiar while watching their ads. Example: Chang have a several commercial where it includes football and try to make people understand that drinking beer after a match is a cure to their pain and their tiredness And those kind of advertising such as this one becomes as we call it an advertising gone wrong Due to the fact that it will cause some misinterpretation from the consumer and the audience because people can think that drinking beer after a sport session is good for the health while it can be very dangerous for some people.
Video click ⇒ https://www.youtube.com/watch?v=J9JwFQeu6V0

In here we are going to talk about the past and present advertisement. In the past beer Chang advertisement was very simple they only use a music to cover where the singer used to say the word “beer Chang” Song for Chang in the past ⇒ https://www.youtube.com/watch?v=g2yLMizviIg , it wasn’t an interesting one but nowadays, the world become more advance in the term of innovation. Any brand who still want to be a part on the beer market have to innovate and make improvements on their product and as we can see now, the media has took an important place in the marketing of all kinds of product that is why all brand should improve on different categories of its brand. Present video for Chang beer ⇒ https://www.youtube.com/watch?v=UZkn-d0_7M8  Chang was aware of the situation and did the right which was,

first replace the old bottle into a new one more modern which will attract new and different audiences and target for example: teenagers, adults of the new modern one but also aims the international markets. Improvements of the company was replace the brown bottle into a green one,  green bottle it looks fresh and high class, and offer new products for the consumers which are soda water, mineral water. Changing their past advertising into a modern one is a new beginning for Chang because if their still using this old ad it will cause a scarcity for the company compared to the competitors. 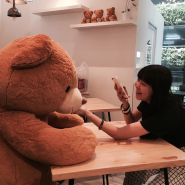