Home > MediaAndSociety > Realm of Valor is not just a game

Games… are for men! Games… make you violent! Don’t let your children play video games! Games destroyed your mental health! and Games.. are simply just “BAD” for you!

That’s right. These are general comments and statements that fit the descriptions of a stereotypical image of video games. Aggression, dreadful, violence, addictive you name it. These stereotypes are so negative, which makes us overlook the positive aspect of video games because when a stereotype occurs, it means that we already have made an assumption about something. Parents are in fear, afraid that their children might be addicted to games and terrified of the negative consequences that came along with the addictions, which could turn into a serious concern. We can say that games created Moral Panic as it is creating multiple threats among people in the society as we see these stereotypes of games all over the mass media. Many media outlets did a lot of news coverages on crimes, especially mass shooting incidents, and put the blame on video games, claiming that violent video games are responsible for the aggressive behaviours of people as the images, graphics, content within the games are so realistic that the players are struggling to distinguish what is real and what is not. In order words, it is Postmodernism at play.

Simulation is no longer that of a territory, a referential being or a substance. It is the generation by models of a real without origin or reality: a hyperreal

I want to take you on another journey, away from those typical stereotypes of video games and tackling this matter from another angle. Think about this for a second, if games had such a bad reputation then why is it still part of a Pop culture? and why do games are still very popular among young generations?

In this digital era, more and more people are hungry for something new, something fresh, and some sort of entertainment that can be consumed straight away in order to escape from their chaotic lifestyle or reality. Therefore, they often find themselves seeking for something that has a sense of hyperreality and this is when the idea of pop culture comes in. Franz Boas suggested that popular culture is progressively taking control of our sense of reality and it has a big impact on how people perceive reality. Postmodernism theory is an attempt to understand this state of how media and pop culture dominates us; how we perceive messages; and how we define ourselves as an individual in the society. To meet those demands, many media outlets are developing content using the concept of postmodernism by applying or combining elements of parody, pastiche, and intertextual reference.

RoV (Realm of Valor) is so popular!

Let me introduce you to one of the most popular games in Thailand called “RoV” or Realm of Valor. RoV was founded by Tencent Holdings Ltd., a Chinese multinational technology conglomerate holding company that has the biggest name in the video game industry. RoV came into Thailand in 2016 and quickly became a hit for audience age between 13-35, especially men who are mid-hard core gamers. It is a multiplayer online battle arena, short for MOBA, that is developed especially for mobile phones, which allows players to access the game anytime and anywhere. Because it is a mobile game, RoV is easier for new players to adjust and learn how to play and each battle takes only 10 minutes to complete. With these advantages, RoV becomes very popular among Thai people and also for female players as well. Currently, there are approximately 200 million active accounts globally.

We can clearly see from the video above that RoV is, no doubt, was made particularly aiming at male audiences. The design of hero characters in the game made the representation of ‘male hero’ as a dominant, strong, and leader of the game while the design of ‘female hero’ is more towards Male-gaze Theory. It is obvious that the female heroes are represented in a more feminist way and their appearances are quite attractive to men.

As for the content of the game, RoV is borrowing intertextual references from a very well-known computer game called League of Legends and also applying the Use and Gratification Model into the game too. Each player is an active type as they are able to play the game however they want by choosing their hero at the start of the game; customize special skin (to increase the power of their hero); choose weapons and play the game according to their own desire strategies. So basically, the players are being in control of the game and are able to consume the game that fulfils their satisfaction.

Examples of characters in the game

Once the player started to be familiar with the game, the bond between the game, the character, and the other players in the game are starting to grow. Many players would find themselves developing a personal relationship and social interaction in the game as well as forming their personal identity within the context of the game too. By being able to achieve all these needs, wants, and satisfaction on their mobile, it is more likely for many people to download the game to give it a try in order for them to escape and disconnect themselves from reality and entering the state of hyperreality, simply for the purpose of entertainment, enjoyment, relaxation, and other reasons.

Across the world, RoV is known as Arena of Valor or AoV. The reason why Thailand is still keeping the name RoV is because many people got the name mixed up and to avoid confusion and for mutual understanding among Thai players. Due to the popularity of the game itself, RoV entered a global stage of the Esports Industry and many countries organized local leagues as well and in Thailand, it is called “Relm of Valor Pro League (RPL)”. Moreover, RoV is also included in major sports competitions such as the Asian Games and the South East Asian Games as well as the majority of the players around the world are based in these regions. This is a good platform for teenagers and young adults who have passions for this game to pursue their talents at a professional level. Esports provided opportunities for these group of players to have a role in their society and giving them purpose and goal to reach for.

In additional, there are two annual tournaments on a global stage for RoV which are:

This International Championship is organized for teams to compete against each other to earn the title and profit for their Esport federation or organizations.

Whereas, AWC is for teams competing for their nationality and be a representative of their own country.

In 2020, Amazing Thailand is cooperating with Garena RoV to host a campaign called “Amazing RoV Design Contest”. In this campaign, the participants are given a mission of creating a Skin design that brings out the best and the uniqueness of Thailand tourist destinations under the theme of “Fighter of Siam”. According to the Tourism Authority of Thailand, RoV is becoming a big part of the Thai community and it could be another channel to promote ‘Thainess’ and Thai tourism. On top of that, it is also an opportunity for creativity and celebrating the artistic industry too.

The winner for this campaign, Mr. Tawan SangKrajui, is able to combine his creativity with a mixture of postmodernism in to his work and express it in a form of “Siamnaga” as a skin for hero called “Veres”. The inspiration behind this special skin came from the reference of Wat Rong Suea Ten or The Blue Temple in the northern province of Thailand, Chiangrai. Here is what it looks like:

Mr. Tawan put a modern twist into his design and emerging popular culture with Thai traditional culture. This is a good example of a way for the new generation to express their creativity while carrying on Thai tradition in their own way. Even though some elderly might find this quite controversial but Globalization is providing an unlimited door for expressions and opinions. Therefore, we must be open mind and accepting the fact that the world is constantly changing. In my perspective, I think that it is better for the younger people in this generation to use their creativity to pass on the culture in their own way. I mean it is better for them to do something rather than totally ignore the Thai culture completely.

We cannot ignore the fact that pop culture has become a big part of our lives now and it is definitely taking control over us. However, acknowledging the impact that it has on us will able us to be in control of our media consumption. Using the skill of Media Literacy to attribute meaning and values of pop culture is a crucial skill that must not be ignored as people perceive and interpret messages differently according to their background, their culture, their nationality and so on.

Games such as RoV is NOT just a typical mobile games but it can bring good causes to our society if we look at it from another angle. Being part of the Esport team gives people purpose, responsibility, and a role to perform well for the society. It is erasing the stereotype of gamers by encouraging teenagers and young adults to pursue this career professionally or the case of Amazing Thailand using RoV as their platform to promote Thai tourism. These organizations realized the potential of the Thai people as well as the popularity of gaming and therefore they find a way to create a good cause for the Thai society. Win-win solution!

Gaming is not that ‘bad’ after all…. 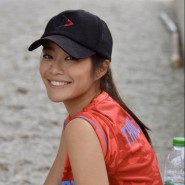