Facebook used to be a place or source which gives you an entertaining or relaxing. On the other hand, playing Facebook can lead you to be depression by just looking at other pictures.

Looking around us, we cannot deny that new media be used as a normal life. It can be used in many terms, for example ,communication, commercial, advertising, education, traveling. It determinism our daily life as we are unexpected. Moreover, it is easy to use and can be accessed in every generation.

I have been explored, my mom after new media come access to her. Before that, she said she did not like new media and living as old. watched television used the phone just for call. But everything had completely changed, nowadays my mom has 2 tablets and 2 phones used in daily life.

Moreover, she had an account in every social media, especially Facebook which she always spends time on that. Furthermore, television became just a prop in her bedroom because she used social media along the night. This is how technology determinism my mom. The point is that the effect of new media tends my mother to do everything quicker and more hot head, depressed than before.

I have been rethinking that not only my mom but also many people which affected by social media. And found that smartphone was launched in 2007, and by 2015 92% who owned a smartphone, the rise in depressive symptoms conform with the rising on the smartphone, psychologist Jean Twenge said.

Statistics of people with high depression in Thai society are high and Statistics of people who use Facebook is the highest in the world. From this point, I have been researching how Facebook can affect people’s motion and lifestyle and found that there is a link between social media and depression. This new study comes from the University of Michigan, researchers followed 82 Facebook users during a two week. They found that the more time a person spends on Facebook, the more his or her feelings of well-being decrease and feelings of depression increase.

THE FAKE OF SOCIAL WORLD

Nowadays, social relationships are more fragile. The lives of people are separated. Until unable to communicate and create a real bond. Therefore Loneliness is compensated by communication in the social world. But on the other hand, communication in the social world is being made as an expression of “Personal/identity” that wants to let others know and “admire”, so the presentation of the content is just to cut parts of life to expand into images that people want to see. This presentation is to immerse yourself in the feelings of wanting to exist in the social world. If people do not respond that it will feel deeply affected as a person, For example, posted a new photo and no one comment, send a message to others they read and they would not answer back.

AND THE ELEGANT PART OF PHOTOSHOP

Although a large group of people chooses to use the social world to follow other people without showing up But following up is looking at others with our eyes, based on our emotions. When recognizing the cut, present part, from the other which is “beautiful”, “rich”, “excellent”, we immediately recognize and compare it with our whole life. In the social world, our emotions were quickly thrown around 1995, because watching TV using a remote that the TV channel changed with the change of humor into a sweet feeling in the chest or fear for a moment. But today society The world, makes our emotions run hundreds of times faster than before.

Importantly, our emotions change rapidly today. It is the emotions that are based on thinking or looking. Focus on our identity It’s not the emotion that comes from watching television shows. Therefore causing more instability of the mood, it can be said that instability is a characteristic of people nowadays. The definition of depression is based on the explanation that it arises from feelings of self-esteem that they are of no value or meaning to anyone, including the feeling of finding that they are not the way they dreamed or hoped. Depressed feelings will occupy all of the ways of feeling. And consequently leads to the loss of meaning in existence.

HELLO, I AM HERE

In a capitalist economic society, The feeling of worthlessness is inevitable. But this feeling of worthlessness becomes more powerful When people try to find ways to make themselves feel valuable by their presence in the social world. Because this virtual world is the cause of the feeling that “precious” and “worthless” run up and down so quickly that we are unable to control the emotions to be stable at all.

And when controlling the emotions less The meaning of our being / our body is becoming increasingly destroyed. Depression is, therefore, a condition of sabotage. “Life and identity”. Entering the social world has a profound effect on our feelings. Imagine the feeling of comparing pictures of friends who are enjoying the country every time they have holidays With you who have to stay at home during holiday Or other comparisons .

MOTIVATE THE DARK SIDE

That occurs in our brain and our feelings Although the images shown do not show any comparison in any way.Carelessly to live in the social world Self-feeling And not aware of the power of the swinging of emotions can causing depression more easily and more deeply. Because when we are preoccupied with ourselves and unable to control the emotions, our selves have no way to be stable enough to continue living meaningfully.

Attempts to have “identity” in the social world carelessly and without awareness Therefore pushing a small number of people into a group that offers a voice on all things. No matter what effect on their life or not just want to show that I am here, I want to create something to make people interact with me.

BE AWARE AND BE CAREFUL

In today’s social conditions Would not be able to stop being in the “social world” but I must warn that Need to be aware and be careful of our “emotions” and control the use of social media, moreover do not put a heart in it because more time you spend with it, more feeling of yourself will be decreased. Find the time to interact with others person around you or find the time to do something new that can be benefit too your life. 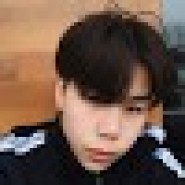 How is Coming of Age Important to Us?

Be all ears! Podcast is coming