Peaky blinders is a British historical crime series, set in Birmingham, England. The series tells the story of a gangster family epic, set in the lawless streets of Birmingham post the First World War, the guys who run the gang are the Shelbys, and at the helm the main guy Thomas Shelby (Cillian Murphy). As of making this blog, Peaky blinders have five seasons and each season has only six episodes. The show takes its time to build up each character, not just Tomas Shelby but other supporting characters as well. All characters get to show their personalities. Moreover, with incredible sets, costumes, and greatest casts, Peaky Blinders has been very well received.

what is Transmedia storytelling ?

Transmedia storytelling is a concept of telling a story across multiple platforms in which each platform adds something unique and so on it creates participation and motivation among people. For example, Marvel also uses the transmedia storytelling strategy. It has many platforms that tell different stories such as comic books, movies, games, figures, social media account, etc. Marvel uses different entry points to engage with their audiences.

How peaky blinders use transmedia storytelling?

Peaky blinders uses many platforms to interact with their audiences with fascinating content and strong foundations. Its strategy creates huge participation and interaction. The series takes its time for people to get to know and absorb each character. Then, the audiences know each character well and understand why they are doing something. The show is very emotional, dramatic, and realistic, it makes people more relate and engage with the story. These are some examples of platforms they used.

Peaky Blinders is a Netflix original. The show airs exclusively on Netflix. However, the series originally produces by BBC, but they use streaming services for people to access.

@Peakyblindersofficial Instagram account has over 3 million followers and they frequently update information about the show. They also have activities for followers to participate from time to time. For example, peaky blinders quiz, peaky blinders festival, etc. Audiences are moved by the story, which means that the audiences are very connected with the show.

@ThePeakyBlinders Twitter account also has more than five hundred thousand followers. They put a hashtag #peakyblinders on the account’s bio so people can use this hashtag to share their own experiences about the series, and it works so well. People, ones who watched the series and ones who haven’t watched, retweet, like, and mention their posts on Twitter.

https://www.peakyblinders.tv official website for fans to catch up with Peaky Blinders news and activities that have been going on. The site provides sufficient information with exclusive features. Besides, the site is well-organized and very easy to use.

Brunch of Peaky blinders merchandises also been sold online via the official website such as t-shirts, hoodies, cups. Available 24 hours for the fans to check it out.

Furthermore, soon to be launched, Peaky Blinders PC game. They also use this media channel to engage with their audiences by using different mediums and perspectives to get different target groups. People who haven’t watched the show also can play this game, this way they can gain interaction and participation of audiences more.

Moreover, there is also a Peaky Blinders official book “By order of the Peaky Blinders” available on amazon. Not only PC game, but also a book for peaky fans who love reading. Multiple platforms expand audiences across many social groups.

The series received very well feedbacks because it has a strong foundation building for each character. The audiences engage and understand the character well. A Strong foundation is a very important factor for effective Transmedia storytelling because people will participate and interact only with the things they care about. Thus, I, myself, consider that Peaky Blinders did a successful job in this area.

Strong support from fans also helps increase the number of interactions and it is a good way to spread the message. There are many peaky blinders fan Instagram accounts, fan arts, Fanfictions, etc. The strong fanbase will help spread your content, it’s fast and also effective.

However, the reason behind its success, I believe is because they post different kinds of messages on each media platform. For example, on Instagram, they post pictures of behind the scene, on Twitter they post video messages from the actor or actress. Thus, the audiences are more satisfied to consume every platform as a whole rather than consume individual platforms. That is because the content provided is not redundant. Then, the audiences will follow and interact with all the social media platforms without any hesitation.

Furthermore, each platform, they have, creates a new community for audiences to talk to each other. Then, the fans feel connected, they share opinions and experiences through those online communities.

The characters also create engagement throughout the story. The fans feel involved. The show was well-written focusing on the damage of World War I that has left on the Shelbys and the main characters, Thomas Shelby is an absolute mastermind, viewers will not know what he is planning to do next. Besides, the play includes strong female characters. The story is very challenging and inspiring.

Thus, the reason why Peaky Blinders became successful is that they tell great stories via various media platforms. Moreover, the stories they told are not redundant, they use a different kinds of messages to get audiences from different ages and social groups such as Facebook, Twitter, PC game, and books. Create an emotional engagement with the fans and also use celebrity participation.

Transmedia Storytelling can be used for various purposes. The main factors to use it effectively are you have to make sure you provide both fascinating and sufficient content, make it worth sharing, and build a strong foundation. It may seem a little bit hard and complicated when you first start, but when it all works, you won’t regret it. Your content will boost participation and interaction for your products. 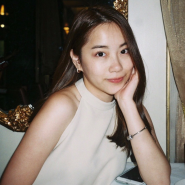