We are in a world where we can connect with each other through our online devices by our finger and “Pop culture” plays a big role in that so let’s look around yourself, we can’t possibly deny that pop culture doesn’t influence our life, it is, very much. Pop culture is the trend that is dominant in the culture which concludes beliefs, art, social media, music, and video games. Pop-culture paves the way for future generations, whether it be economically or socially. It is important because it’s a good indicator of where we are going in regards to future society, consumerism, and developments. Pop culture has been with us for a long time since renaissance till now, you can see that there’s new reinterpretation of every kind of art, music, social structure, beliefs or even religious everyday whether it be using music for protest or atheism that evolve in our world so we would like to examine it one by one through this blog.

Music has a huge impact on people in the world and has a powerful grip and effect on society. There are so many solutions with music to help people to go through many situations.  Music is now in an era where pop genres are the leading categories on the Billboard charts. when pop culture has become a public favor, it makes the music industry change. Music industries are developing themselves into pop culture, to grab people attention. Some music industries that are the type of pop music have become more popular because it is related to people’s interest. But in other hands, other industries that are not pop music need to adapt themselves to keep them remaining in the music market. pop music started to blend in

As you can see, pop music started to blend in every genre of music. Many singers are keeping themselves in trend to make them popular in this era. For example; Taylor Swift, A girl that used to be a country singer but she followed the changing trends within pop culture by diverted from her country platform and decided to create mainstream pop music for a larger audience.

Taylor Swift changed her style for a larger audience. Moreover, other singers from other genres of music are also trying to blend in the pop music by inviting pop music singers to feature in their music. For example; Zedd did the DJ from EDM music, he has invited Selena Gomez who is the pop music singer to sing in his song. This was catching attention from people and made his song became so interesting.

Moreover, people also started to use pop culture in their social media strategy. Pop culture is a trending topic. If something is trending, that means people are talking about it. As a brand if they want to advertise the brand, they need to be where the people are. For example; people like to watch instagram’s story, so they put their advertisements on instagram’s story, so people would see it. Or when one thing is popular on social media, they will grab that content and use them as a parody on their ads to catch people’s attention. Plus, they can also build relationships between them and people by demonstrating a shared interest in what your target audience loves, and they’ll feel more connected to the brand.

Pop culture plays a big part in politics by being a medium to deliver the message to the audience and change the society which influence our life such as Feminism which commonly has been using in female artists like Beyoncé who is a feminist that put the sense of feminism everywhere in her work since Single ladies to Lemonade and Beychella. Beyoncé is one of the pop artists that raises equality among people whether it be men or women, she believes that women and men should work together to move this world forward. About Beychella which is the most anticipated music festival in this world after she gave birth to Rumi and Sir, she came back with an opening as a Nefertiti who is the most beautiful queen of egypt which she try to say that women are dominant, powerful and can be what they want to be; plus with the scene that she  stood on the top of pyramid on the stage make us feel like “yeah she’s a queen and we all can be the queen that we want to be, maybe not like her but be the best version of ourselves”

Moreover, about feminism, luciano garbati reinterpreted the most famous statue of Perseus conquer medusa to medusa holding the head of Perseus which is show the twisted plot of the original story about victory of man beat woman that keep pressing women down for centuries but the artist gave us a silver lining from the story and twist it to let Medusa won over Perseus as you can see from the original statue Perseus was so proud and exaggerated about his victory whereas Medusa was so chill and not over act as Perseus, she gave us a feeling that she wasn’t actually want to kill Perseus but she have to which is contrast to Perseus that he really wanted to take Medusa down. From the sculpture, it makes a change to the society because most of famous sculptures are made to dominate men over women but this one show the world another way that women can win over men not only just to seduce them by her body

Hillary Clinton’s Election also use pop culture to gain her popularity by the famous of the artists as we can see by her election videos and that makes citizens who hesitate to choose the party that is right for them tend to to choose Hillary because citizens believe that their favourite vote for Hillary she may be good but in fact she may not as good as she promote.

How Pop culture influences our Lifestyle

If you explore Instagram, Facebook or Twitter Pop culture really influence your lifestyle. The most dominant impact in our generation would be the Kardashians, do you still remember Kylie lips’ filler news? Or Kim K sextape? If you still remember these things you can’t deny us that you’re not impacted by them. About the Kardashian they use social media as a platform to promote themselves and make a trend or make money by them; taking back to Kylie lips’ issue at the first time she was devastated because a black lash of the news but after that she went viral then create Kylie cosmetics to gain a money from us and set a new bar of instagram make up; in that time every women who serving the internet really wanted to be Kylie. Kim Kadarshian also influences us by the clothes that see wearing as we can see from her Yeezy campaign that she hire paparazzi to take her snapshot from places in Beverly Hills which can gain attention from people all around the world and every time Kim Kardashian arrived at the red carpet her dress always sold out, went to be meme or people dress like her. See? These influences really influence us.

Furthermore, cosplay is a result of pop culture which is influenced by Anime or Japanese cartoon animation that creates a new culture like this which we can see from every corner around the world, not just in Japan. Cosplay is a thing that people dress themselves up as the character from the cartoon which fulfills them and makes them get through some bad days or even let the person living in their fantasies. Some of them really wear those outfits to the street, go to restaurants or even the grocery store which sets a new standard to society about wearing clothes that it never be too much or too less, they just wear it by themselves for themselves.

In conclusion, pop culture affects everyone regardless of age, gender and social status and also affects us in many ways. It has gone a long way in making the concept of global society a reality by giving people across the world a common subject to talk about. It builds the interaction between people because we are keeping following trends from each other. It also builds confidence in people since we have freedom to share our interests with no reservation or thought of the stereotypes with which other people might associate with. However, When there are benefits, we cannot just push away the fact that pop culture has negative influences as well. We need to consider things carefully. The freedom in this era makes anyone can inform anything they want to inform. It becomes difficult for us to distinguish between what is real and what is not. The parents and guardians also have the mandate on deciding what their children use for entertainment. They should guide these children so that they do not lose focus on the moral aspect of life. 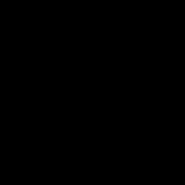 Clubhouse: The New Era of Shifting Thai Society toward an Even More Interconnected World