Nowadays people are concerned more about human rights and lift up society’s standards. We can see it every day right now through social media, hashtags, or even in a protest. As society lags of getting a better place to live for women. They are brave to change and try to make more human through all genders, not just one gender. For people who might not be familiar with the word “Feminism’’. This word means “The belief in social, economic, and political equality of the sexes’’. So, have you ever heard of any gender stereotypes? I believe that everyone once had that in their mind. We can hear through many words that have implications such as “Men are trash”. “Boy is blue, while the girl is pink”. “Boys do not play dolls”. “Boys do not cry”. “Girls do the laundry”. “Wash your dish girls”. This word leads to gender that has meaning through patriarchal society. So that comes to the problem between two thoughts of ideas toward society. So from many words through both sides, it provoked a war through social media. We can see it as Fem-Twit( Feminists in Twitter) and Anti-Fem from FB groups. This topic has been for long and before the media took advantage of this idea. Not just 10 or 20 years, but since the first era of humanity.

So we will start with the feminist sight. For many years women had less the right to deal or choose in many ways. As the society right now they’re concerned about how people and how society is going to be for the future and more about how they can react with human rights to make them live peacefully and safely in this society.  We can see it through social media where they are going out trying to fit in the society when men make them be what they don’t want them to be. It was like how people teach each other since ancestors were women supposed to be in the backside in the kitchen doing some type of cooking things, doing their laundry while men are going out and doing some kind of a job to rule the society. They force women to do things that they do not want and control their life and society. We can see how they bondwomen to be whatever they want women to do. As an example, we can see how they react, when women smile it is some kind of witch to lure and be a bad one but then if they are not smiling you’re so mean. It is so complex how people think about how they’re gonna leave just smiling or dressing like to please men. This is how patriarchy makes all sorts of genders be like what they want it to be. To fight for their humanities, all they want is to lift up the society in which they live to be a better place. We can see how inappropriate people or society get rid of their capability or advantage by the word feminine.

While they call out, they are not as polite as what men expect them to be as the “feminine” one. The outcome of this is how patriarchy judges and tries to play as a god who has everything in control but even god has no right to control people’s minds. They all are judged to be aggressive, not good senses of humor, have bad habits toward men, do not want to have husbands, or even being out of the nature rules. That is how the war starts when patriarchy and feminism are facing. So on the other hand, anti-feminism seems to have an idea of the way it is already good and does not have any idea to change as the point of “it is a nature selected’’. Rather say that they do not want to change and they think that feminists are a group of women who are always rude and aggressive. This happened several times in media when an anti-feminist post or share their ideas toward the thoughts of them. The comment of feminists sounds like arguing and aggressive toward anti-feminist. That is not just the term that the word “feminine” has an advantage toward “Masculine”. While these thoughts in the past seemed to be paired but separated without combined together.

In the term of social media arguments, they have fought against each other with their opinions, ideas, and beliefs. They tend to see each other more like people who can not live with one another. For anti-feminism, they thought that this is how natural selection works and this is also how they set the capabilities through genders and sexes as they are the top of the societies or stronger than others. With the capabilities to access more in many roles such as education, politics, economics, career, or even religions. This also makes a gap between other genders not be accepted as one of the equal in those roles. But with the side of feminism, they believe that genders or sex do nothing with any roles in societies. They believe that this should be done with inequality through humanity.

When there is inequality through genders, there are always allies who fight for their rights. Yes, LGBTQ+ are all included. We all know that in this era where people are seeking more humanity and human rights. It is simple for people nowadays to open their minds more to understand and accept what they fear in the past. Yes, the word feminism did not just fit for women but they all fit for all genders not just straight woman or mankind but also other genders included. They just put the words feminism in LGBTQ+ when now people understand and support each other. They feel more specific with many rights of Transwomen or Transmen. They also have the opinion that their sexes and genders are no match for making bad attitudes toward their roles in society. So we can see now or the past few years, the rights of their equalities are more and have a spotlight through their call-outs which help their fight to win their prize for their existence in societies like nowadays. In the past few years, they accept more about their equal rights to do in many roles, and more than that their points to make people stop fearing in them are now starting to vanish, step by step. As their fight along with feminism, they make it out clearly to do for people right.

What will it be?

How about now? As the leader of this war through social media, this topic has been launched to society for many years without any solution. But that does not mean they can not live together. Some of them can pass this situation as some of the couples which have a different institution of thoughts. They make their way half by half. For example, Anti-feminist tried to be educated and understand the situation as one of the humans being regardless of gender as the point of view as “look for humanity, not genders”. And as for feminism, they fixed the word and found a way to explain without having a big scar left through both societies. This is not just how it works but mostly sharp to shape society to be better not the same as usual. We can see that nowadays women and men live as more human and more equal rights as the way they fought for their rights all along. Therefore they find new and next steps to live together with more understanding. As now some of them can combine Feminine with Masculine, they show more of what they are capable of without genders. And the gender roles in society now are more open as people see it as more humane and skilled. For now, they begin the next step where they find a way to understand and lift up things to be a better place for their future fight. Not just start when schooling but now this generation is taught to be more concerned since babies born as people in this era want them to be a seed of harmony for their future without fear.

I can not guarantee that this topic is going to help you out toward people who misunderstand the meaning of Feminism, but as the facts and societies are. The word “Feminism” does not want to make women or other genders be more than or to be on the top of the list, therefore this also not bringing men down or less. The points have no harm toward any genders or sexes, it is all for everyone in society to be equal with both justice and mind. Same as the way we should act as one human being. We are not predators or competitors. There is no such thing like this gender is better than one another. And yes, genders do not need to be proved for society’s roles as the fact that skills have nothing to do with genders and capabilities or likes are not what genders are based on. 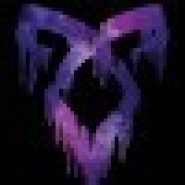