Technology has play a big role on how we consume culture. Nowadays, We have consumed a variety of media through smartphones, laptops, television, etc. The thing we consumed such as music, film, art, or tv shows all were influenced us in some way. Advertisement is one of them. Just think about how many ads we see per day? When we play social media, when we watch television or even when we drive, we still see a billboard along the way. We can deny that ads are everywhere around us even we didn’t notice. Ads don’t only affect people but also influence our culture which leads to the way society changed and create pop culture.

However, creative ads are most likely to catch the audience’s attention. It makes an audience want to know the story and how the ads were created which can turn the advertisement industry into pop culture. Since we were young we might have seen many ads which may include your favorite character, famous pop star, or even from video games that you played. In another word, we grew up with pop culture since we were young and pop culture still dominates us until today. Postmodern theory can explain how the ads is also different from reality. It dominates our sense of reality in the society around us. As sometimes we consumed the ads since we were young and we doesn’t realize what we see is real or not. For example, the advertisement of beauty products can reflect what we called “beauty-standard”. You could see in many cosmetics product that they try to convince us like “if you use our product, you going to look beautiful like this or that” This small message can make a big impact on society. It shapes the meaning of the word “beautiful” to be what they want and you have to be like that to reach the standard of society.

Your favorite cartoon character or superhero might appear on the ads you watch. Many ads use popular cartoon characters in pop culture to target specific audiences especially their fan. This kind of advertisement mostly target children, young teenager, and family. Hyperreality can be defined in this kind of ad. Hyperreality is this case is when the ads seem so real that the audience believes that it is real. Have you ever be disappointing when buying something? Some ads use the popular pop stars to promote their product. In the ads, it might look so real, but in the reality, it might be completely different from what you have seen.

You may know that there are many types of ads. We going to talk about the ads that create Moral panic in society. In this ad, they use Disney princess or who we know as “Ariel” in domestic violence ads. Domestic violence can happen in a relationship in which you want to control and gain power over your partner. Not only physical but also mental. The ads try to send messages to the audience through the Disney princess. Why they chose Disney, princess? Because everyone might want a life like a princess. You might think all Disney princesses probably live happily after they married their prince. No one knows the story behind their stories. The ads try to say that even the princess is the victim of domestic violence which mean everyone also can be the victim as well. This ad creates moral panic in society for everyone to beware of this violence.

If we talking about creative ads, The ads that we can’t forget to mention is “Lego” ads. Lego might be your favorite thing to play when you were young. It is known to be good for a kid because it helps develop brain functioning. However, Lego has created creative ads that catch a lot of people’s attention. This ad is pop culture because it is featuring a very famous cartoon series called “The Simpson Family”. According to Statista, Over 14 million American people had watched The Simpson Family. The way Logo created this ad is simple but powerful. It can attract an audience especially The Simpson fan which is a majority of people.

We could see now that pop culture is everywhere around us. Since we were young, pop culture influences us in our daily life. When we watch television, when we play games, the book we read, comics, or watching our favorite cartoon. We always interact with pop culture even we didn’t notice. However, pop culture does have a negative effect as well. When it comes to violence, blood, or abusive especially with young children. Distinguish between what is real and what is not is necessary when consuming pop culture. So do ads. You should be ‘smart’ when consuming ads and receive information from them. Not everything is real as your eyes might see. If you consuming it in the right way, Pop culture could discourage intelligence and learning as well! 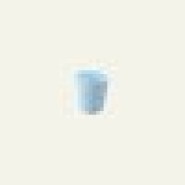 How Social Media changes the way we do business