In this modern era, Thai people are more and more consuming ‘Postmodernism’ through many media platforms without realization. It influences Thai society in many different aspects in both positive and negative ways. To illustrate, what happened on television, the Internet and other platforms of media become the model of the society where it is the society that should be the model for what happened on the media instead.

Postmodernism or postmodern media is the development in the mid to late 20th century of the social, cultural and technological improvements. It basically shows how the power of mass media and popular cultures have the capability to control and shape the society and social relationships in these days. The differentiation between mass media and reality has been gradually collapsed as we can see by several Thai television programmes. For example, Tee Tai Krua, a variety show about visiting Thai celebrities’ places. The name of the show means ‘visiting without permission’ in Thai. The producers produce the whole show as the name and try to make the audience believe that the visiting is unexpected in every episode. However, in fact, before they go to the places, they undoubtedly need to make an appointment and ask for the permission of the place’s owner. Consequently, this implies that the show is a part of postmodernism.

Moreover, mass media and popular cultures seem to continuously influence our perception of reality as well as the way we see and portray the world. Sometimes they also create the images of unreality. How images represent what our world should be is called ‘A state of simulated’ or ‘Hyperreality’, an inability to differentiate reality from an imitation, especially in this postmodern societies.

Hyperreality is being seen as a boundary of what is real and what is not. Sometimes it seems to be blended, so, there might be unclear distinction between them and many people find it hard to separate and analyze the content they consumed. Additionally, Jean Baurillard, a philosopher, first mentioned about hyperreality that the media now created idealistic representation of reality. He also defined hyperreality as “The generation by models of a real without origin or reality”. Media reality is mostly defined by images which majority of them are created from the creator’s imaginary. Besides that, postmodernism also creates indistinguishable situations that impact people’s attitude toward media content.

Hence, we could say that Media reality or Hyperreality is the new reality in these days since we know more about new ways of communication that there are “Postmodern media” and “Hyperreality media” mixed with the content in our daily life.

Postmodernism seems to have disadvantages more than the advantages by displaying the important role in mass media in reshaping the society. Since hyperreality part of postmodernism is essential, it creates variety of wrong values to the audience. For example, many Thai commercials about skin care show that only girls who have white skin are more attractive for men than coloured ones. This obviously leads to false mindset and belief in Thai society since postmodernism shapes society, it means people are also being shaped as well.

As mentioned above, many Thai television programs succeed in applying postmodernism in order to attract the audience’s attention. For example, The Face Thailand, a reality modeling competition series which first originated from United States of America, follows three Thai supermodel mentors as they are competing with each other to find the winner or the one who is “The Face”. The show became famous because of the professional mentors and the dramas. Most of Thai people even remember some quotes from the quarrelling between mentors and use it in daily life such as “Strong!” or “Pee Ja Yoo!” which means ‘I will stay!’.

The audience, especially girls, love watching it due to the serious competition and the dramatic situations between the mentors. The producers produced drama stories and fighting scenes for the show by creating different characters for each of them. This reality is accomplished with the well scripted, camera techniques, editing processes, and the acting of professional mentors. In addition, the fights in this show seems so real yet so fake as they were ‘scripted’ to entertain viewers since they love drama. And when the drama is taken as reality, it blurs lines between real and fake. This can be seen that Thai people now think that drama in the show is real. However, the show was scripted for entertainment as many other TV dramas.

The Erosion of History

Apart from reality television, some of Thai movies are also postmodernism and they became ‘The Erosion of History’, non-fiction form of movies which historical facts and characters are telescoped merged or entirely discarded. For instance, The Legend of King Naresuan, a Thai biographical historical film. King Naresuan is one of Thailand’s most revered monarchs as he is known for the victory in the war and free Ayutthaya from the Vassalage of the Tuangoo Empire or Myanmar.

The film was directed and released for new generations to be proud and worship the country. However, it seems like the filmmaker intended to educate Thais about their country’s history but it was displayed and interpreted through only the director’s perspective. Some of the situations in the film were not in the historical record but created. Moreover, we all cannot truly prove that all the scenes in the movie really occurred.

In addition, while the historians are lacking of conclusion about how King Naresuan returned to Ayutthaya, the director decided to add the conclusion by himself according to the convenient process. The situations in the movie were rewritten and distorted. So, the audience can be easily convinced. As a result, the film eroded the history and destroyed sense of the difference between real incidents and the images of them.

Postmodernism makes the differences are more acceptable. Because it gives new meaning and mixes the old kinds of content which make it more interesting. For example, The Academy Fantasia or AF, a Thai show that combines reality show with singing contest together and let the audience engage by voting their favorite contestants in the show. In this show, they will be given the same challenges and faced the same situations. However, all of them react differently due to the dissimilar backgrounds and experiences. The audience who watched the show see and understand the differences of people.

Hence, since postmodernism and hyperreality have both positive and negative impacts on people nowadays, we, as the receivers should see through and analyze it consciously.

“Reality TV is only a spectacular version of the transformation of life it self into virtual reality”. – Jean Baudrillard

To sum up, postmodernism media can lead to many misunderstandings since people can not define what is real or fake. Moreover, the model of society is what happened on the media despite the fact that it should not be. On the other hand, it actually is the society, as the reality, that should be the one. The audience are now more bereaving of critical self-awareness and not questioning whether if the data is real or not. They are more likely just to receive what they are injected. In contrast, postmodernism also make the acceptance of the differences. The audience see more of the ways other people live and their behaviors through the media. Now, as we know that postmodernism gradually change our thoughts and perceptions as well as the way we absorb and perceive postmodernism and hyperreality content without realizing it.

Thus, in order to be more cautious of what we are consuming, we should always be aware as well as question what we are reading or watching every day in this digital era so that we can analyze and consider whether if the media is reliable or just a well-scripted one.

In the near future, the media in postmodernism might be more than two media combining together and let the audience engage more. So the creators would know more and can specific the interests of the audience in order to maintain and improve the media content for them. 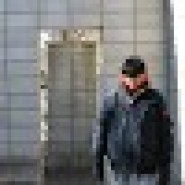 The “debate of the century” – Jordan Peterson debates Slavoj Zizek

Parent Should Have A ‘SEX TALK’ with Their Children