Home > Videos > Why are games live streams so popular?

In the present time, people can choose to watch the streamer channel that they satisfy depending on the taste of that person, nothing true or false, right or wrong. It can be said that in the age of postmodernism, postmodernism refers to the work that not have right or wrong but depends on satisfying like some group of people love Blackpink but some don’t, can create the diversity in society of game streaming like a horror streaming style, FPS or First person shooting or the role-play streaming like create your story that you cannot do in reality in Simcity. However, streamers must create something more than just playing games like their daily life or their personal look to make them look more interesting.

Many streamers have their own hyperreality, hyperreality is the inability to distinguish reality from a simulation of reality. For example the streamer who is just normal people shoots a photo of their luxury meal in many shots and separates to post on social one photo each day, so the audience thinks that the streamer is rich but in reality he’s just a normal person.  Moreover, when the hyperreality that streamers create can replace their own reality, it will create the hyper truth which refers to when the hyperreality that someone creates replaces their own reality. It means that the hypertruth can support game streamers or caster to make their profile more interested to grab attention of their target.

Also when the target of streamer believe in their hyperreality or hyper truth, the target will create the hyper identity, hyper identity is refer to people who loses the ability to distinguish reality from fantasy and begin to engage with the latter without understanding what it is doing, which it can help the streamer can engage to target more and more like hyperreality of streamer create spectacle to some audience and make them satisfy. However, there are more things that anyone who wants to be streamers need to know.

Nowadays, there are many channels in the media that you can use to see the walkthrough or playthrough of many popular games by gamers. This is popular streaming that gamer usually do today, it’s an another option for the audience that can’t afford the game itself or maybe their computer isn’t good enough. Even Though the audience can’t play the games by his/her self, by watching the walkthrough that are livestream by the gamer make the audience feel participated and got entertained at the same time.

Livestream or game casting by gamers is very popular in the world of media. Gamers stream their playing to gain popularity from the audience and to entertain their audience at the same time. This can be online and offline, gamer record their playing, insert their narration to make it become more entertaining for the audience and upload to their channel that can be youtube, facebook or the platform the gamer chooses. This can easily be defined as playing games for the audience to see rather than the audience have to play by themself. The audience that is targeted for this type of channel are people who don’t have time to play, people who want to see how to walk through each part of the game or people who want to see the story of the

game till the end but don’t want to play by themself, they satisfy these wants by watching the videos that are uploaded by gamers.

There are different types of gamer due to their tone of sound, how they react with the game, the way they edit their video ,their skill in communication to their audience. Some gamers may not be that good at gaming but  are funny to watch, some are serious with the game and guide through the game very professionally, it is not about how good or how bad they are at playing games. This is up to the audience’s wants, the audience chooses the types they like to satisfy their wants. Some are bad at playing games but they have talking skills that entertain the audience and make the audience feel they enjoy more than the good skill gamers. The popular gamers have their own styles that attract their own target group.

This created a commodity of the audience, by only watching the video or the livestream when people see and then they feel connected with it without having to do it on their own. Feel like they are playing along with the gamer and the gamer can feel like they have the audience playing together by their side. This is also the reason these days gamers are making many walkthrough video why? It attracted an audience, it gained the audience for their channel there are only benefits from this. Gamers play games, things they do daily and by just spreading their play for the viewer to see. At the same time this gives benefits for both sides, gaining more popularity for the gamer and an entertainment media for the audience.

Turn the point to how the streamer can get the attention from their target. It has many ways to grab the attention from the audience, uniqueness or your own style is very impactful to attract your target. However, some beginner or who just start their game streaming channel don’t have their own style or strength of their channel like some streamer is the pro player, they can told some technique to audience while they are streaming or some streamer have a sense of humor that can make a joke or make people laugh when they stream but not for the beginner. So most of them try to be someone who is a famous streamer in that time or can be called a pastiche which refers to the work that imitates from another work. They will try to do what their idol or the famous streamer do like how they speak, some jokes or even the play style which pastiche cannot grab the attention enough to make your streaming successful.

On the other hand, some streamer will try to parody other more than find their unique, the parody means that a humorous or satirical imitation of a serious piece of literature or writing, which it can create humor to grab attention of audience or present the work in their own style or idea that make the streamer can take the target from the original and expand their target base. They don’t have to try hard to create new things or content because it already has the original one, just take the original and change in your style to create humor to grab attention. However, every streamer can make parody but not too rude to the original one or it can build the conflict between two groups or two streamers later.

Some streamers are stream for a long time and they are expert in streaming.They can make or add intertextuality in their game casting or streaming, intertextuality is interconnection between similar or related work for example if you watch The Fantastic beast and Where to Find Them, you will think about Harry Potter. It can be said that the streamer plays the same game with another one and takes the style of that in their streaming or casting but also adds their uniqueness to the casting or streaming to present in a new angle or do something that gives the different result. Additionally, some streamer can create the gameplay that have interconnection with some movie to create intertextual and present new angle of story in form of game to grab the attention for example the streamer play game “Simcity” but create 4 characters as the great magician who try to use their skill to uncover the bad thing of influencer in society which this plot can be relate to the movie name “Now you see me”. However, the streamer or caster should change some story or have a change point that is created by your own style to make it be intertextual.

Going to the last point, the things that streamers and caster must beware and use carefully which is the word that they speak out. It must not be offensive or aggressive also not stereotype or rude too much to a group of audiences or it can be said that the streamer and caster should be a political correctness person or also known as PC, political correctness or PC is the way to use language to avoid the offensive language or disadvantage word to other people. However, it must not too strict to PC rule too much because it can make game streaming and casting uninteresting also it can make some drawback for example the streamer call their group of listener who is women transgender as “she” but this this group was unsatisfied and said that this streamer is non PC and discredit him. Exceptionally, the offensive language,rude word or sarcastic statement can be used in game streaming and casting if their audience is acceptable and does not harm some people too much.

WHICH GAMER DO YOU LIKE THE MOST? Here are some top 5 gamers that are recommended!

Felix Arvid Ulf Kjellberg or most people known as Pewdiepie. He is a swedish youtuber and known primarily for his comedic streaming. His channel is one of the most subscribed in youtube with 103million subscribers and 20.2billion total views.

Mark Edward Fischbach or Makipiler is American Youtuber, game commentator or even actor. He was successful with 25.2million subscribers and total view of 12.5 billion.

Evan Fong is known online as VanossGaming. He is Canadian Youtuber , game commentator and music producer. His video is posted in montage style with the number of subscribers of  24.9million and 11.8 billion views.

Seán William Mcloughlin, better known as Jacksepticeye. His Irish Youtuber with his uniqueness of Vlog with comedians. In the latest, he got 23.4 million subscribers and total views 12 billion.

Richard Tyler Blevins or also known online as Ninja. He is American Youtuber. He is best known for his sense of humor in a sarcastic way and full of skill in Royal battle categories like fortnite or APEX. He got 23 million subscribers and total views of 2.07 billions. 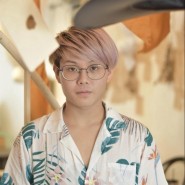