When you hear the word K-drama, the first thing that comes to mind might be the romantic couple flirting around or good-looking Oppa/Noona that make your heart flutter. Besides, you might notice some Korean tourist attractions from activities done in the series, such as picnicking at Han River or putting love locks at N-Seoul tower to promote how beautiful South Korea is.

Not to mention the introduction of food culture that empties Gochujang on every shelf arising from the popularity of soft tofu stew from Itaewon Class. These tiny elements illustrated in the series make K-drama stand out and become internationally famous while promoting tourism in South Korea.

You have not watched any K-drama without seeing mouth-watering Korean food. K-drama never missed a chance to include a Korean dish in each episode. Let’s start with a simple menu that everyone knows how to make, Ramyeon or Korean instant noodles, a must-have for every drama. A signature scene from My Love From the Star shows how the female protagonist cannot resist finishing a whole bowl of Ramyeon after promising herself to have only three bites. Another classic scene is from Reply 1988. The gang will cook a big bowl of noodles with an addition of eggs, hotdogs, and kimchi for more flavor every time they hang out.

If you are a real K-drama fan, KFC does not stand for Kentucky Fried Chicken, but it stands for Korean Fried Chicken instead. Korean fried chicken is well-known for its crunchiness and spicy signature sauce. Additionally, you will never have the chicken alone without a pint glass of beer. This combination is Chimaek, shortened from the word chicken and maekju (means beer in Korean). You can see this pairing in one of the most mentioned series in 2020, Crash Landing on You. The series introduces you along with the North Korean crews to South Korean Fried Chicken.

Yes, obviously Koreans enjoy eating, they even created a celebration day for their favorite food, Pork Belly aka Samgyeopsal. The celebration on March 3 refers to 3 layers of fat contained in the pork belly. This scene from Let’s Eat shows us how the casts eat pork belly with vegetables and other side dishes, a perfect representation of Korean food culture.

Along with the fatty pork belly, drinking is important in Korean culture. We often see the characters pair pork belly with soju or somaek (a combination of soju and beer.) You can see how to mix somaek on My ID is Gangnam beauty.

Drinking is a big deal in Korean culture because it is a way of socializing, especially in the workplace and university life. Take this scene from Weightlifting Fairy Kim Bok Ju as an example.

Have you ever wanted to visit Korea after seeing breathtaking scenery in K-drama? For instance, Itaewon Class perfectly portrayed Itaewon as a foreigner-friendly area in Seoul with a vibrant nightlife experience and cultural diversity. The image of Itaewon encourages k-drama fans to explore the area along with bars and restaurants.

Another fancy place that K-drama fans should visit is Dongdaemun Design Plaza (DDP). This building has a futuristic design that makes you feel like you are living in the sci-fi world. DDP first appeared on My love from the star in which the main protagonist is an alien from another star. Consequently, many K-dramas decided to film at this place, encouraging more people to visit DDP.

Not only the modern atmosphere is presented in K-drama, but there are various historical landmarks as well. Many scenes in a zombie apocalypse series, Kingdom, were shot in Korean Folk Village displaying houses from the Joseon period.

After watching K-drama with these amazing landmarks, you might add Korea to one of your travel destinations.

K-dramas have put a lot of time and effort into researching each profession for accurate storytelling. The detailed processes of each occupation are presented throughout the story. This can be motivational and inspirational to many people. There are many varieties of jobs in K-drama ranging from lawyers to fortune-tellers. K-drama introduces us to countless new and exciting career paths and makes us appreciate those jobs even more.

We have chosen four K-drama with interesting jobs to recommend.

First, Her Private life, a drama that introduces people to the world of being an art gallery curator. During the story, we can see the process of working as a curator including contacting the source and collecting artworks to create an exhibition. The drama indicates how important it is, as a gallery curator, to have some artistic knowledge and passion working in this career. Furthermore, it shows how artworks can affect our life.

Second, Search WWW, a drama that mainly focuses on the occupations in big web portal companies. In this drama, three female protagonists are using their wits and skills to compete with another company. The casts introduce us to how they work, including how to optimize real-time search engine trends and their work ethics.

Third, Start-Up, a story of people trying to start a business in South Korean Silicon Valley called Sandbox. The story introduces Hackathon events in which the casts, as a team, will join to initiate their start-up business. A team composed of three developers, one CEO, and a designer. Each member will acquire different sets of skills. The CEO will take care of pitching the idea and persuading the investors. The developers have the responsibility to make the technology function well as fast as possible. The Designer has to understand the product well and work out a presentation aesthetic. Along with the competition, you will learn many technical terms relevant to a start-up business. The story takes us to see how hard it is to develop a successful start-up firm and the risks they have to take before becoming successful.

The list could not be complete without Pinocchio, a drama about the journalism industry. The main protagonists are interns of different broadcast companies. As the story continues, we get to see the challenges journalists encounter like sleeping at the police station to obtain the information and experience sleepless nights to find newsworthy stories; if not, they will be punished by their boss. More and more, we will get to learn about media ethics and how risky and significant the job really is. For example, if a journalist broadcasts false information, it can ruin the lives of others. After finishing 16 episodes, you will definitely understand more about the power the media has to influence our decisions.

We have talked about many entertaining topics, now let’s talk about politics.

In almost every K-drama, political issues are brought up, from cheating in school to corruption in the government. No matter how big or small the act is, the drama tries to incorporate it into the plot.

SKY Castle, a second-highest-rated drama in Korean cable television history, demonstrates high competition in Korean education leading to parents paying billions of won for personal tutors to coach their children to enter top universities in Korea. Coach Kim is the most wanted tutor who only accepts one student per year. She is willing to do anything to make her students succeed.

The coach stole an exam paper from a high school to enhance her students’ performance. Even worse, she even murdered a witness who knows she was cheating. This drama reflects the corruption in the education system and how it creates inequality between the students. Students whose parents can afford personal tutors will have more opportunities to get accepted into top universities by using the power and privileges that the upper classes obtain in a society.

Vagabond, an action-packed series, will take you to see a national-level corruption scheme. The story is about a protagonist who lost his nephew in a plane crash and found out that the government has an involvement, so he tried to expose them with the help of a NIS agent. As the story continues, it introduces more government departments, and reveals their connection with the plotted plane crash. Along with the journey, they will learn that no one can be trusted, and the more they discover, the more danger they will face.

Vincenzo, a dark comedy about a Korean-Italian mafia named Vincenzo returning to Korea with secret objectives. He involves in exposing the corrupt pharmaceutical company, Babel. The company even hired a law firm to conceal their filthy hidden agenda. Vincenzo tackle the problems in mafia-style like a good villain. This drama shows the entanglement of the government officials with wealthy private companies; many forms of corruption such as bribery, murders, lobbying, and embezzlement are prevalent.

Research has shown that almost 80% of Korean women face domestic violence. From common patriarchal beliefs and practices in South Korea, there is no doubt that gender inequality still exists widely. Since it is a deep-rooted problem, the government decided to use K-drama as a soft power to slowly fix this issue.

K-drama tries to create an image of an ideal boyfriend for the male protagonists. The personality revolves around being a gentleman.  They often carry stuff and cook food for female protagonists. Plus, they frequently sacrifice their jacket or umbrella for others and be there to comfort their significant other. These cute and sweet actions in K-drama create social values for Korean men to act as a gentleman and be respectful. 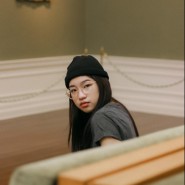