— How often do you figure out what has been told in your favourite movie and does it mean as it seems to be?

Studio Ghibli film company (株式会社スタジオジブリ) has created many beautiful movies for many years. There are a lot of awarded movies from this film lebel including The Tale of the Princess Kaguya, Grave of the Fireflies, Castle in the Sky, My Neighbor Totoro, and Spirited Away. These movies also have a core or meaning hidden in its movie more than we know…

5. The Tale of the Princess Kaguya

One day a bamboo cutter found a girl who was born from a bamboo shoot in the bamboo forest which he thought that heaven must have sent her to him as a blessing. A bamboo cutter and his wife raise and take care of her as their daughter. They decided to move to the capital to make her a real princess. A girl learns about how to become a noble princess and fine lady. Also, she is named “Princess Kaguya”. Due to her rumour about her beautiful face spread very fast, many of the land’s highest-born men have come to make a proposal for a wedding but she does not want to get married. Therefore, she exchanges some conditions with them because she will be able to feel clearly in her heart. However, no one can do it. Princess Kaguya knows that she was sent down from the moon and she must go back but she begged them to let her stay because finally she knows what is her happiness.

According to the movie, a scene of blossom flowers and a birth of butterflies can be compared as a growing up of a miraculous girl who will have a beautiful happy life like a natural. Also, in this movie show a feminist which is a girl can do everything that a boy can do. For example, running and playing in the forest and swimming at a river by not wearing any clothes. Princess Kaguya releases a little bird from a cage and then she has a sad face scene that means she is giving freedom to a little bird that she does not have. Finally, the meaning of a song that she has sang since she was a child until now has two sides of meaning. The hidden side conveyed that everything in this world can live and be happy, whether it is a bird, bug, beast, grass, tree, or flower can live and be happy too.

4. Grave of the Fireflies

The Grave of the Fireflies is an emotional animation which it traced back to World War II when Japan was attacked by the U.S. and there was a massive loss from that time. There are two protagonists which are Seita, the brother, and Setsuko, the sister. They also lost their parents in the war time and it led them to stay with their aunt’s family. But, they left the aunt’s family because of the pressure from their aunt. So, they have to live on their own in the shelter by the river.

In this animation, there are lots of hidden symbols and messages. According to the scene Seita (brother) and Setsuko (sister) catch the fireflies, leaving them in the net at bedtime. As we can see in the next scene the firefly died in the morning, it interprets the short life of fireflies as two children have to fight with starvation in World War II and life does not last long.

3. Castle in the Sky

There is a girl whose name is Sheeta who has the magic crystal on the flying boat that is chased by the pirates. She has to escape from that place and then she falls out of the boat then she appears on the ground. Pazu the boy, saved her life and took care of her. He helps Sheeta to escape from the pirate and the team of bad people. Sheeta and Pazu have to live by themselves and they start their adventure to the place that was called ‘Laputa’, the place where it is full of properties and plenty of plants. There are many things that happen along their adventure. They have more courage and are full of ambition to go to Laputa. Sheeta and Pazu can finally get what they aim for at the end.

This movie wants people to be more careful about the little life in our daily life. There are a lot of small animals including birds and many kinds of insects that people sometimes do some accident damage to. Also, they not only show the care of the animal but they show caring between people to people. Friendship is important for this movie. They can turn the enemy to the ally by letting others feel empathy and then becoming a friend.

Tatsuo Kusakabe and his two daughters, Satsuki and Mei, move to a small rural area nearby Yasuko’s  hospital, where she is recovering from an illness. Because Tatsuo Kusakabe must take care of his family according to being the head of the family, he offers his two daughters as a writer while continuing his university. Therefore, he does not have enough time to look after Satsuki and Mei and leave them alone. One day Mei discovers amazing things into the bush called Totoro. She tries to tell her father and sister and takes them to the bush but they b0th do not see anything. Unexpectedly, on a heavy rainy day Satsuki and Mei meet Totoro again. They befriend Totoro and receive a bag  of nuts and seeds. They both try to plant the seeds so there’s something fantasy go on.

This movie is good at presenting childhood. Hayao Miyasaki contains purity and the dream of children. As two children’s characteristics,  Satsuki and Mei might be interpreted as cheerful girls but there are many things in their characters more than that  if we deeply realize both of them. They are not only just girls who left home alone but they have to take responsibility for house work and also cook food for the family. Another hidden meaning is in every scene of Satsuki and Mei with Totoro, due to Totoro’s characteristics which Totoro has soft fur and always be kind, plus the girls do not live with mother so that two girls feel warm and comfort when they are with Totoro as if Totoro has a role as mother of two girls who take care of them instead of Yasuko as well.

This is a story about a girl named “Chihiro.” She has to move to a new house with her parents. But then suddenly she got lost in a magical world full of ghosts and monsters, and her parents got cursed into a pig eating the feast foods. She got help from “Haku” a mysterious boy, to hide her away from the wicked with “Yubaba” who is the owner of the bath house and the exchange for the help is her name. She has to work in the bath house for an exchange to save her parents and she is always followed by no face ghost peacefully. After that Haku has been injured too so she has to work to survive and to save her parents as well as to save Haku. She has to find a way out of the magical world full of ghosts and monsters safely.

There are a lot of hidden message from many scene in this movie, for example the scene when Chihiro parents turn into pigs when they eat food that doesn’t belong to them means the debt they make is owed or what they have done has to be repaid this is why they are cursed into a pig. The bath house that Chihiro works in to free her parents it is also refers to a prostitute workplace referring to the name she is given to change that is “Sen” it means 1000Yen and her given job ‘yuna’ or a bath girl is a job that give client a message but also include sexual things There is a theory said that Chihiro is sold to the bath house by her parents to pay the debt and free them from the cursed. This movie is to show the truth of society and the sex industry in the best way that is through a movie.

As we have mentioned about hidden messages from studio ghibli movies, there are many symbols and signs that appeared in some scene or even in a poster. Each movie reflects different things through itself. But mostly it shows the real society through each scene in the movies. At present time, our society is diverse and free. Due to different backgrounds, people normally have different perspectives of seeing through things in society. Therefore, we should be open-minded and accept the differences from others no matter what.

Choosing the wrong type of facemask - waste of money and risk of death? 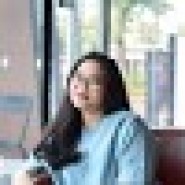 10 most popular restaurants on delivery applications