This very mindset has become a norm for people when discussing about the topic of cyberbullying. Thus, people tend to disregard the negative outcomes of their actions on social media. Young people of the 21st century are being taught that it is not against the law to voice their opinions, and they should stand up for what they believe in, no matter how controversial. This trend is worrying, especially considering that in the current day and age, online technology is more accessible than ever. It is estimated that 5 billion people own a smartphone, which means that more than 70% of the world’s population have access to voicing their opinions at the tip of their fingers. Since many social media platforms, such as Twitter or Reddit, allow people to comment anonymously, hate speech has become significantly more accessible.

Because you are not face-to-face with someone, you can say whatever you want without consequences. That does not mean nothing comes out of the text, however. A large portion of people are being negatively influenced by online; from celebrities to normal people alike, no one seems to be safe from social condemnation and the problem seems to only be getting worse day by day. Online harassment while opinions should be greatly welcomed from everybody, hate speech, which goal is to harass or insult someone without creating meaningful discussion, should not be praised the way it is being praised nowadays. In this essay we will attempt to understand what cyberbullying is, its cause and effects, and possible solutions.

Firstly, let’s take a step back and define cyberbullying: it is when a certain online figure gets massively condemned and harassed by large groups of people on social media. Cyberbullying can happen when a celebrity voices a controversial opinion, or does something that is publicly viewed as controversial. This is not always the case, however. Some celebrities are hated solely because of their looks, personality, or even for the fact that they are famous. For example, Will Poulter, an actor in the popular Netflix series Black Mirror, had to take an indefinite hiatus off social media because he received an overwhelming amount of harassment for his looks, and was criticized for “not deserving the role.”

The size and extent of cyberbullying can range anywhere from a single hater causing annoyance to another person through their various social media accounts, or even an entire fanbase turning against a celebrity because of rumours or findings that may not even be true. Famous YouTube content creator Felix Kjellberg (also known as “PewDiePie”) has been a target of news outlets such as Wall Street Journal. WSJ, through many articles, attempted to paint Kjellberg in the negative light, spurring rumours out of control and using headlines to manipulate public view. Cyberbullying can come in many forms as well. The most popular form of online harassment is comment bombing, where many users collectively spread hate comments in the victim’s social media page.

Online sexual harassment is also a widespread form of bullying, in which haters oversexualize the victim with predatory comments, threaten the victim with their leaked or hacked private images or discriminating against the opposite gender for their stereotypical flaws or disadvantages. Emma Watson, a well known actor, was threatened with leaked nude images in 2014. It seems true that celebrities are the group of people most vulnerable to cyber harassment. Since they have very large followings, they also attract more negative followers than the average people. Not only they are susceptible to condemnation by their followers for mistakes they made, they can also be a victim of news sources purposefully spurring negative gossips about them with manipulating headlines and narratives. The important thing to note is that cyberbullying is a real form of threat, and it can happen to anybody.

It is undeniable that cyberbullying causes harms and negative effects to the victim. Effects can range from fear of having online presence or even permanent scars, developing mental illnesses such as depression and anxiety from mass public beratement. One of the first cases of cyberbullying is that of Monica Lewinsky’s, where she face years upon years of hatred and harassment in online forums because of a confirmed rumor that she had an affair with Bill Clinton while serving in the office. In a TED Talk she presented in 2015, outlines that in the past, your rumours can only spread as far as in your family, your group of friends, or in your neighbourhood. But with the changing landscape of technology, the internet has allowed us to connect and discuss faster, with more people than ever. With the advantages also come the disadvantages, which is the easiness of harassment. Whereas before you can only be publicly shamed by people in your circle, the speed and convenience of the internet have allowed millions of people to fire shots at you all at once, anonymously. Another point worth mentioning is that internet history is recorded. Whereas local gossip can only last so long after people have moved on to other things, online forums and posts are here to stay. Even if they are deleted, some may make archives of them or repost them in a newer forum or a collective, where the past will forever haunt the victim for decades to come, and their memories will never be erased. The harms do not end there, however.

After the incident itself, which is already causing excruciating negative influence for the victim, they may suffer from post-traumatic stress disorder, and even develop depression or anxiety. They may have self-esteem issues for the rest of their lives and in the worst case scenario, will have to permanently shy away from online presence, because any mentions of them online will spur discussions of their past once again. This causes fear of socializing and going out, as they will always be worried that their colleagues and friends will judge them for their reputation. They will be scared of talking about their past, and develop mental issues that will scar them for life. In the case of Tyler Clementi, the pressure was overwhelmingly unbearable. He was an undergraduate student studying at Rutgers University, when his roommate secretly recording footage of him kissing another man in the bedroom. Clementi received mass public humiliation and committed suicide in 2010. This brought attention to LGBT cyberbullying across the whole nation.

Now, let’s address counterarguments to cyberbullying. One thing that needs to be made absolutely clear, is that cyberbullying is not the same thing as free speech. Whereas free speech is promoted so people can voice their opinions and fight for what they believe in, hate speech has only one goal, which is harm the victim’s livelihood through harassment. It does not create any sort of positive or meaningful discussion, and should be widely discouraged. A lot of people have a skewed perception of free speech and believe that it is both legally and morally right for them to say whatever they want, even when it harms other. This is completely wrong on many levels. Just because things you say are legally protected by the law, does not mean it is morally right. The law itself is based off the society’s changing morals, and the fact that something morally wrong is legally right, means there is a problem with the law. People who are trying to defend cyberbullying with the “free speech” arguments are using two completely different subject matters do defend something with zero benefits to society. While it is understandable that creating laws that limit what you can say may be harmful, as it is an extremely gray area, it does not mean that the status quo is perfect and there are definitely measures that can be implemented to reduce and prevent online harassment.

Finally, let’s discuss possible solutions to cyberbullying. One possible way to solve the issue is to raise awareness. Many countries are starting to educate children on cyberbullying and ways to protect oneself from it. As easy as it is to create negative impact on the internet, it is also possible to do the exact opposite. Social movements such as #donttellmehowtodress directly takes a stand against public humiliation. These movements are easily spread by celebrities with large followings who also stand against it, helps awareness further on the issue, which in turn creates discussions and knowledge for people who are unaware of the problem previously. As people are more educated on the subject matter, they are more likely to spot cases of cyberbullying and with enough people, we can take a stand against harassment once and for all. Bullies need to be condemned for their actions and spreading awareness on the subject matter will play a major role in ending cyberbullying.

In conclusion, cyberbullying is a very real threat to people in the society. It is unfortunately not being discussed enough especially seeing the potential influences it can have on the victims of it. It is up to the new generation of young people to educate themselves on the topic and help others spread awareness of the issue. We may not have a conclusive answer to the conflict, but with everyone doing their part, the end of widespread online harassment may not be far away. 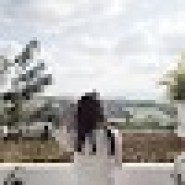