In 2019, you can hear the word “influencer.” What comes to your mind? Rich, Instagram kids? The biggest superstar you can think of? A beauty blogger? All this can be true, as and in this day and age there has been a growing number of influencers.

Influencers cannot exist without the media, whether it be traditional media or new media.

However, it has to be mentioned that before the internet, influencers, otherwise known as opinion leaders, would reach their audience through traditional media such as radio, television, or print. We might know these people as the traditional celebrities. Traditional media, especially television, had made them massively well known because of its broadcasting power.

Let’s take an example of the beauty habit trend, from the days before social media. Before any major media medium, beauty habits were largely defined by factors like geography and ethnicity. For example, if you lived in certain parts of Asia, you probably would have seen skin whiteners being promoted. In the late 1800s, magazines were starting to open people’s eyes to new things. It was by the 1940s and 1950s, when celebrities really started to show up in magazines as beauty ideals. Then, when the internet came around, people didn’t need to travel around to see beauty trends. They learned about trends that are popular in other parts of the world so quickly that they want to participate in them. For example, the boom of Korean beauty in the United States and western countries. As a result, you can see influencers reaching a wide and various types of audiences, thanks to the media helping spread cultural imperialism.

The development of social media such as Facebook, Instagram, Twitter, and YouTube, gives a unique type of power to influencers today. They are able to interact with their audience directly and there is less gatekeeping regarding content compared to traditional media. Because of this freedom and that having a platform or using social media is more accessible than ever before, it makes it a lot easier for anyone to become an influencer.

Let’s go back to our very first question. What comes to mind when you hear the word, “influencer?” Chances are you would think of some celebrity, internet star, or blogger that uses Instagram to promote various products or ideas.

Instagram is an extremely popular social media platform with currently over 500 million active daily users and 1 billion active monthly users. More than 100 million photos and videos are shared daily. Over 50 billion photos have been shared to date and users like over 4.2 billion posts daily.

Influencers exist in a variety of industries. The following are the most common, but there are emerging industries everyday due to the constant change of the internet.

Influencer Marketing & The 5 Types of Influencers

When you think of what influencers do, you tend to think of them promoting certain brands or products to an audience. That is why business using influencers in marketing strategies is important. It helps build awareness and identity. It builds the brand’s audience and boosts brand engagement. Most importantly, influencers help play a role in increasing the sales of the brand and even lead loyal customers to it.

Having influencers to discuss their brand experience is crucial. According to Influence Central, 88% of buyers consider online reviews “very influential” when making a purchase decision.

Influencers mainly have two styles when talking about a product or brand. First is the style that gets paid, or sponsored, to promote something, whether or not they authentically support it or not. The second style is the unpaid, or not sponsored, which they talk about the product that they like, or in some cases dislike. (Although sometimes brands will send free products for them to review but not pay them, so they are not forced to present the same sponsored content.) The second style tends to be more effective in influencing people’s mindset, as it comes from a place of personal experience, and not something that they were forced (paid/sponsored) to say.

With that being said, there are 5 types of influencers that we can observe for marketing:

Different types of influencers value different things. If a business/brand/company understands what each influencer values, they can learn how to get them interested in working with a them.

When it comes to influencer marketing, most would think of celebrity influencers. They are the influencers that are the most famous or well-known in their industry.

Celebrity influencers can boost a lot of traffic and sales to the business/brand they’re working with. As a result, naturally, they make an attractive choice when it comes to marketing because of their large audience of reaching potential customers. However, the challenge is connecting with them, as they may have high demands due to the amount of companies that are interested in working with them.

Getting started on working a celebrity influencer is typically tough because they usually will have gatekeepers, like a manager or receptionist, that will weed out requests. However, if a company does get to work with them, it can drive a good amount of revenue to the business.

One person who is an example of an authority influencer is Aaron Orendorff from iconiContent because he is a specialist in the field of content marketing.

One person who is an example of a PR Influencer is Peter Shankman, who has been called an PR all-star by the New York Times. He founded Help a Reporter Out, a company that helps journalists get feedback from their audience. He also has over 164 thousand Twitter followers.

Simply put, connectors are people that know a lot of people. Connectors do have an audience, but their biggest value is their connection and relationship to other influencers in their network. You could say that they are the “popular insiders.” As a result, it’s often difficult to spot a connector because they don’t make themselves obvious. However, connectors are likely to have a podcast because it provides a 1-on-1 relationship with their guest, which helps builds a deeper relationship with their network.

Connectors are useful for brands and companies to be aware of, but are not typically the main target of an influencer marketing campaign.

Micro-influencers are basically everyday people with a decent following. They tend to have over 3000 followers on their social media, which revolves around a certain niche. They’re typically relatable, genuine, and trustworthy because of the smaller community they have. These three characteristics are very useful when it comes to marketing because it shows a type of authenticity.

Not too long ago, many brands/companies wanted celebrity influencers (such as the Kardashians) for marketing because of their fame and wide reach. Even though micro-influencers have a much smaller audience, don’t let that fool you. Previous Instagram engagement research shows that small audiences have a higher engagement rate, which is what really matters in marketing because it can lead to higher sales. Brands/companies that invest in, say, 10 micro-influencers rather than 1 celebrity influencer could have a better turnout.

There are three reasons why having a micro-influencer in marketing is beneficial for a brand/company:

Overall, audiences just don’t really trust the in-your-face or direct advertising anymore, so if they come across as something being presented in a more genuine manner, mostly from a person/influencer they trust, they are more likely to gravitate towards it.

Even though there are so many different types of influencers, all of them have these 3 characteristics in common:

Example of a Day in the Life of an Influencer (VIDEO):

Influencers don’t only have an impact on the business and marketing world, but also society. Some influencers, like YouTubers, are able to have an impact on an audience in other ways such as lifestyle. Sometimes the content that the influencer puts out is some sort of a hyperreality, which draws an audience to watch it because of its appeal. People tend to want to live a life like the influencer, which can result in trusting whatever the influencer says or does. This isn’t always necessarily true though, but it still does happen in society.

Most of the time, being an influencer isn’t as relaxing or free as it seems. Of course, influencer’s schedules vary from the type of influencer and their audience.

Now, let’s take a look at an example of a “Day in the Life of a Social Media Fitness Influencer,” where one influencer shows you what she does on a random day.

Influencers start social conversation, drive engagement, and set trends among receptive audiences. They have always used the media to express their opinions, and the introduction of new media and development of technology allows influencers to get more connected to people.

They not only impact the business world, but also society as a whole. Because media is so widely used by people all over the world, it’s become the norm for people to look at social media and compare it to their own lives. Influencers are thus able play a large part in impacting the way people feel and the choices that they make, whether it be in commerce or lifestyle.

Even though influencer marketing has grown in the past few years, there is also somewhat of a decline in its effectiveness, according to global statistics by various outlets. One source is according to to an article published on Forbes. Alternatives suggests focusing on employees and customers to promote the business. However, not all products or brands may fit this strategy. It’s important to look at a goal of the business and research the right kind of influencer or marketing strategy. Businesses could even dip their toe into both types of strategies– having customers review products and hiring or sending products to micro-influencers, who are a lot less of an expense than the typical celebrity influencer.

Although the effectiveness of influencers is sporadic, nevertheless, they no doubt still play an impactful role in using the media in society.

Brucculieri, J., & Brucculieri, J. (2018, March 09). Instagram Influencers Are All Starting To Look The Same. Here’s Why. Retrieved from https://www.huffpost.com/entry/instagram-influencers-beauty_n_5aa13616e4b002df2c6163bc

www.facebook.com/JasonQuey. (2018, February 24). Influencer Marketing Types: What You Need to Know to Connect Today. Retrieved from https://www.thestorytellermarketer.com/influencer-marketing/types/

Tait, J. (2019, February 10). What The Hell Is A Micro Influencer? Retrieved from https://www.tribegroup.co/blog/what-is-a-micro-influencer

What is an Influencer? – Factors that define a Social Media Influencer. (2019, February 01). Retrieved from https://influencermarketinghub.com/what-is-an-influencer/ 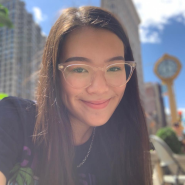