FROM MONET TO KANDINSKY “Visual Alive”

From Monet to Kandinsky is the exhibition full of wonderful masterpieces from sixteen different European, modernist artists. This exhibition is well known for making their paintings come alive. The exhibition first started in Berlin, Germany on July 21, 2017 and ran through June 30, 2018.

HAVE YOU EVER THOUGHT ABOUT ‘A LIFE IN ART’ ?

If you ask your friend to go to an art gallery, most people will not be interested. Although, if you ask someone to go to the exhibition ‘From Monet to Kandinsky,’ they will most likely be very interested. The identity of the exhibition about art is quite different than others. Most people think  that paintings can only be hung on the walls to simply observe. Although, the combination of artist techniques and technology in this exhibit is what brings this art to life. It brings out the consistency of 16 short films, all devoted to the art of each masterpiece with projections on a huge screen. These displays show the art in multimedia rooms at all different angles. Once you walk in, you will be overcome with the magical movement and rhythm from the music.

During the late 19th – early 20th century, the world has passed through big changes in society, culture, technology and art. In the Stone Age, pictures of animals were painted on cave walls to illustrate hunting and their beliefs.
The Mesopotamian, Byzantine, Middle Ages,Renaissance, and Impressionism were significant periods of art throughout history. Postmodernism can be considered the art period of the modern day. Technology has become an essential part of creating precious art in this day and age.  Besides the speediness and simplicity, art with technology is likely to be more relatable and realistic to modern day viewers. The movement of art will allow participants to experience art through an interactive environment with hands on interactions. Technology such as computer graphics have enabled human’s imaginations to make the art even more realistic.

From Monet to Kandinsky, this exhibition displays multiple art pieces. The showcase includes paintings of Claude Monet, Edgar Degas, Paul Gaugin, HenriRousseau, Henri Toulouse-Lautrec, Gustav Klimt, Paul Signac, Piet Mondrian, Amedeo Modigliani, Vincent Van Gogh, Pierre August Renoir, Juan Gris, Paul Klee, Edward Munch, Kazimir Malevich and Wassily Kandinsky. The 16 reputable artists have refused to create traditional art. They all had a desire to create new styles of art such as abstract, expressionism, surrealism and suprematism. These art styles can be referred to as ‘Modernism.’ The representation of the artists in this exhibition of the world is fascinating. To focus on one of the well-known artists, Vincent Van Gogh, he is talented and imaginative. The uniqueness of his masterpieces has spread throughout the world of art.

Oscar-Claude Monet was an  French influential French impressionist painter. Paintings of Monet come from his perception of having an impression of something. Monet studied art in college, but he disagreed with the teaching theory. 3 of his classmates had the same ideology as Monet. They could relate to his perspective about art. The idea that drawing is a pattern of writing, with an examination of light. That light affects outdoor sketches with the refraction and that a rough brush that will become an ‘impressionism’ in today’s world. The most important one of Monet’s masterpieces is ‘Impression Sunrise.’ Monet was the one who started that  impressionism is different from the other traditional art forms. He thought that impressionism needed to look realistic.

Wassily Kandinsky was a Russian painter and art theorist. He could see the sound and hear the color. Kandinsky is credited as an originator of the ‘abstract expressionism’ in the early 20th century. He studied art and music, he also painted with the musician’s sensibility, then he graduated with a law and economics degree later on. Kandinsky was  inspired by Monet’s painting style,and the technique of the use of color. He had a strong belief that “color could be both pleasing to the eye, and in a physical way and pleasing to the soul in a deeper, more emotional way.” He produced his masterpieces in Paris, where he lived and died. His accomplished works were and are still extremely valuable.

“I dream my painting and I paint my dream. Vincent Van Gogh is a well known Dutch post-impressionist painter. Van Gogh himself and his paintings are illustrious. Although his artistic life was beautiful, his personal life was the opposite. Van Gogh had a difficult life. He started working at the young age of 16, and changed his jobs many times. Once he turned 27, he became an actual artist. 5 years later, he created his first masterpiece called “The Potato Eaters.”

As an artist, he traveled all over the Europe. He lived in France, and he had opportunities to meet many famous artists there. When an inspiration came into his mind, he then created the new painting style with the more exposure and color named “Sunflower.”

Later in life, Van Gogh suffered from major depression that killed his love and passion for art. He hurt himself by cutting his one ear off once. In the following days, he committed suicide by shooting himself at the young age of 37. Despite his tragic ending, Van Gogh had created many more masterpieces over his life which all became extremely famous. After his death, the name ‘Vincent Van Gogh’ became the world’s most memorable artist. Despite the fact that he has passed, his masterpieces will always be alive.

FROM MONET TO KANDINSKY AND RENAISSANCE

In the exhibition, there will be not only the showcase of ‘From Monet to Kandinsky’ but also the ‘Renaissance,’ showing a passionate period of arts.

Renaissance happened at the beginning of the 14th century or during the Middle Ages to the 16th century. It is the period where European countries specifically Italy, tried to rebuild the classical period from Greek and Roman in the way of science, architecture, political, philosophy and art. The Renaissance era focused on individualism and wisdom. The art format is likely to have more accurate proportions of humans and portrayal of spaces.

Michelangelo Di Lodovico Buonarroti Simoni was a widely accepted Italian sculptor, painter, architect and poet who played an important role in development of Western art. Michelangelo considered his creative power to be as majestic as the power of God. One of his most renowned artwork was the “Creation of Adam” which he had painted on the ceiling of Sistine Chapel in Vatican during 1508-1512. In the painting, “Creation of Adam” it looks like a reflection of himself in the way of comparison, by the touch of the God’s hand which gives life to Adam. He has no difference from the hand of the artist that is the creation and the birth of things.

Another one is marble sculpture called “David,” a hero from the Holy Bible. Standing five meters high and exceeds a weight of five tons. Giorgio Vasari, an art historian and an artist during the 16th century, had mentioned that “The procession of how Michelangelo sculpted a huge marble that was ignored by the other sculptors, Michelangelo casted it into such remarkable statue is like giving the miracle of resurrection to something that was left to die.”

A NEW FORM OF CREATION

With the use of new technology, it brings what traditional art techniques cannot do. It makes the impossible, possible. Digital Art is stimulative to the society with its beautiful movements. People can recognize and feel the impression within seconds. While Traditional art, does not have this effect. From painting on the wide HD screen, along with the appropriate surrounding sounds to the creation of a new experiences to the people who are fond of art. It is not only easily perceived by the audience of all ages, it also allows visitors to have participate with the interactive environment and have extensive access which makes digital art more attractive and approachable.

Art has been involuntary influenced our society for ages. Art is the imitation of nature, the transformation of feeling, the language and the expression of being. Art and humans are interconnected. It somehow forms cultural influences that is a way of communication, people from different cultures and times are able to communicate through the arts, images, sounds and stories. Once we have walked through the globalization period, art became one of the vehicle for social change.

Modern technology; computer vision, machine learning and multimedia are being used as a tool mostly for business, advertising, photography and other film industries. Moreover, a lot of artists use these tools to create their  artwork. The introduction of technology has changed the way that people normally create art. It allows for more interesting and innovative outcomes and saves time when creating. This convergence builds the relationship between artists and their audience that allows people in society appreciate and learn through the artist. This kind of art also called “Media Art,” As a society, media and art are growing together.

THE UPCOMING ‘FROM MONET TO KANDINSKY’ IN BANGKOK

Are you ready to be addicted to art?

It is time for Bangkok to sense the wonderful modernism legacy of art. From Monet to Kandinsky, is a creative multimedia exhibition coming to Thailand on April 26, 2019 at River City Bangkok. Here, viewers will have an immersive experience among these attractive art pieces. Art will never die, let it blow your mind!

For more information about the event http://www.bangkokriver.com/event/from-monet-to-kandinsky/

"Everything ​is fine, love your government." 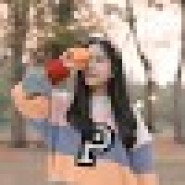