Gender discrimination is more than just separate the difference between man and woman,  it including the inequalities in genders. Inequalities happens to all genders, not only in men and women but also in LGBTs. Discrimination is not harmless, but it could lead to bullying, sexual harassment, or  even exploitation. School, workplaces, or even home may not be safe anymore.

Let’s explore through the difficulty that each gender faces in the discrimination.

What comes to your mind when you hear the word “woman”? Stereotypically, women are perceived as weak. Up to today, women are constantly discriminated, degraded and treated unequally from men at every place that you could imagine. Gender discrimination literally affects women in different life areas such as their education, daily life, social advancement and even employment.

In the workplace it is called ‘gender pay gap’, the average wage of a woman is 18.2 percent less than a man’s, and almost three quarters of UK companies pay men more than women. Where is the equality though? Before women are accepted in the same jobs as men, women are expected to stay at home, do all the cleaning around the house and look after their children or elderly, or what we call housewives. The time given to these unpaid tasks directly and negatively impacts women’s participation in the workforce and their ability to sustain economic independence. Discrimination of being a representation for the Government also happens, as of June 2016, only 22.8 percent of all national parliamentarians were women. Women and men are just genders, both can work greatly in any aspects of careers, so having the inequality is just cruel.

Now, moving on to the struggles in a woman’s daily life, anything could happen such as being sexually assaulted. The mental health effects of sexual assault and rape can have results on women’s stability and livelihoods. The universality of sexual assault and violence against women is deep and systemic, making it one of the most important examples of gender inequality. Worldwide, around 120 million girls, a number which represents slightly more than one in 10, have experienced forced intercourse or other forced sexual acts in their lifetime. The criminals of rape have stated that they rape women because of the clothes that were worn by the victims. Which is ridiculous for anyone to think of the situation that way and the courage to say it out loud.

Here are the examples of education struggle for women around the world. Less than 40 percent of countries offer girls and boys equal access to education and only 39 percent of countries have equal proportions of the sexes enrolled in secondary education. By achieving universal primary and secondary education success in the adult population, it could be possible to take more than 420 million people out of poverty. This would have its greatest effect on women and girls who are the most likely or to never have stepped foot inside a school. When girls attend school, discrimination follows. One in four girls states that they never feel comfortable when using school restrooms. Girls are at greater risk of sexual violence, harassment and exploitation when they’re in school. School-related gender-based violence is another major obstacle to universal schooling and the right to education for girls.

Can you imagine having to ask for your partner’s permission to leave the country? If you believe that it’s impossible, then you are wrong. Husbands in Egypt and Bahrain can file an official complaint at the airport to forbid their wives from leaving the country for any reason. In Syria, a husband can prevent his wife from leaving the country. In Iraq, Libya, Jordan, Morocco, Oman and Yemen, married women must have their husband’s written permission to travel abroad, and they may be prevented from doing so for any reason. In Saudi Arabia, women must obtain written permission from their closest male relative to leave the country or travel on public transportation between different parts of the kingdom.

Opposed to the ordinary perception that only women and girls are the only gender are discriminated on the basis of sex. Discrimination against men and boys does also happen, and when it happens, it can be even more evident. One example would be the state policies and social norms that are encouraged to men, into military conscription and war, resulting millions of men to loss one’s life or to suffer psychologically and/or physically. According  David Benatar, in The Second Sexism: Discrimination Against Men and Boys, He also quotes that some studies results that females have a higher percentage of being treated more leniently than males when being sentenced be the court system.

Even though gender discrimination towards men are not as common when it is compared to women, it doesn’t mean that it does not happen. Men are being discriminated against too.

The well-known wholesaler of the beauty products, Ventura Corporations, was being sued by the U.S. Equal Employment Opportunity COmmision (EEOC) for discriminating against men the company refuses to hire men as sales reps. The EEOC charged Ventura for being engaged in a pattern of refusing to hire men as Support Managers or Zone Managers. The EEOC also claims that Ventura only promoted Erick Zayas for Zone Manager position after he protested against their discriminatory practices, just to only set him up for failure and termination in fight back for his complaint to Ventura’s sex-based hiring practices. Ventura paid $354,250 to settle the lawsuit that filed to the EEOC.

This is one of the most famous cases to mention when discussing about male discrimination. Lawry’s, a California corporation operating restaurant in Chicago, Los Angeles, Dallas, Las Vegas, and Beverly Hills was being sued for discrimination against men.

It was only for the reason of tradition that Lawry’s had to hire only female as waitstaff. A substantial verdict opposed Lawry’s was the outcome of the class action suit in 2016. The EEOC and Lawry’s reached a settlement of $1,025,000 for compensation for against sexual discrimination against men.

Gregory Anderson an employee at Yahoo’s media division, until he was being fired in 2014. Later, Gregory filed a lawsuit against the Tech Giant, claiming that Yahoo’s performance management system was arbitrary and unfair. The Yahoo system uses a numeric ranking system to assess the employees’ performances in the work area and often fires those with the lowest scores, according to the Gregory. The complaint says that when there is an equally low score between male and female employees, the women are usually favored and the men are fired.

A former stage manager for Late Night With Jimmy Fallon, Paul Tarascio, filed a lawsuit against NBC Universal, Fallon, and the employees of Late Night, alleging that the tv show has a gender bias. The paper was filed in 2013, where Paul Tarascio claimed that he was demoted while working for Falon after being told by David Diomdi, Late Night director, “Jimmy just prefers to take a direction from a woman.” Tarascio lost his court case since he had no hard evidence.

Among the gender discrimination, LGBT seem to be the most obvious and is the problem that had been faces for a long time. But first, let’s get to know what is LGBT.

LGBT is a group of people who fight for their equality in society for a long time. Even though the current world is more open to the diversity, there are still some rights and some attitudes of a certain groups of people that makes them have to keep moving on for their rights.

In the past, the space for LGBTs was limited. The person whose are gay cannot reveal their teste to the society because they would see the person as a monster or crazy. Lots LGBT, especially gays and transgenders, has been bullying and be making fun of in both school and work places. Their gender become inferiority complex. Most parents tried to force their child to meet a psychiatrist because they don’t want their child to be gay. However, sexual deviation is not a psychosis.

In present day, there are more acceptance for LGBTs. Many people, including the straights, give support for the equality in gender. For instance, a law for LGBT rights, pride parade, etc. , which offers more spaces and positions for LGBTs.

Still, there are some group of people often hold that ‘gender assigns the abilities’ and the various potentials of LGBT are not equivalent to straight man and woman. For example, Prof. Niran Sangsawat, a professor from the Faculty of Education, Chulalongkorn University, insulted that a gay students are not suitable to be a teacher because they are gay. He mentioned that gay has no potential to teach students. Some examples of his messages is shown in the images below, it said “Faculty of Education let homosexuals study is merit enough”, “Gays don’t deserve education, they should fix themselves first”, “Being shemale is not different from being crazy, but society just accept it”, “Gays are abnormal sexual, don’t deserve to be a teacher”, etc. That was obviously unfair.

Conversely, young generations are more open for gender equality. They are more focusing on a person’s abilities rather than gender. There are various media that support gender pride such as Movies, TV series, Novels, etc. which contain LGBT characters to help making a social movement. The young generations think that it is normal to be LGBT — LGBT is general.

All in all, gender doesn’t limit the boundary of the abilities.

For the conclude, when people think of gender discrimination they would more focus on how the world treats women unfairly. But they have overlooked that also the men and people who belongs to the LGBTs family also get discriminated. It is a little bit different from how women are discriminated, but however they get it too. We are so passed that point where sexual status should not be a barrier for us in our daily lives. Gender discrimination has been going around for too long, it is the time that every gender should be treated equally no matter the circumstances. Equal rights, equal responsibilities. 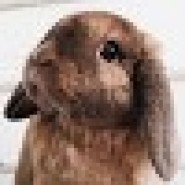