closeup of a young caucasian man in the street showing a spiral notepad with the text I am influencer written in it
MediaAndSociety, New Media

We’re going to be focusing on how influencer which is a polarizing figure could affect the market and consumer perception on brands and how people react to the campaign itself. In this case, we’re going to be using the Nike and Colin Kaepernick “just do it” campaign ads.

Many new marketing campaigns have featured for the past six months and one of the biggest sports news on the headline have been pointing at Kaepernick who featured in Nike’s new marketing campaign. Before discussing what really happened in details, it is important to get to know who Kaepernick is. Colin Kaepernick has become well-known to the audience back to when he played as the American football quarterback in the National Football League (NFL). His celebrity grew has drawn attention to Nike to be chosen as one of the influencers of the ‘Just Do It’ campaign since then.

In 2016, he rejected to stand for the national anthem before a pre-season game and this has caused an issue and criticism by the media (The New York Times, 2019). It does not surprise that last year after Nike released the advertising featuring the former NFL quarterback Colin Kaepernick, the media as well as many celebrities and the brands have questioned about his kneeling protest in which Nike seems to be satisfied with his social movement. This form of protest created great controversy and many political leaders and spectators reacted after that. These people included of the Trump supporter, republican and President Donald Trump himself, many of the republican choose to boycott Nike as a way to react to Nike campaign which has cost Nike a sum amount of their shares. Meanwhile, President Trump has tweeted his opinion on the Nike campaign which shows that he does not approve of what they did and discredited both Nike and NFL

“Just like the NFL, whose ratings have gone WAY DOWN, Nike is getting absolutely killed with anger and boycotts. I wonder if they had any idea that it would be this way? As far as the NFL is concerned, I just find it hard to watch, and always will, until they stand for the FLAG!”

The impact of the brand and what Nike really needs to present and tell the audience have been widely mentioned.

‘’ Believe in something. Even if it means sacrificing everything, “

It is obvious that Kaepernick will continue to have a major impact on the perception of the NFL. Not only his kneeling protest impacted the game, but also the National Football League (NFL) and the culture that surrounds it. The culture is surely an important element to the country and given the reason behind his refusal to stand for the national anthem that he would like see a significant change for minorities who are black and people of colour (Kelner, 2018). However, several players who play in the NFL team made the kneeling during the anthem and players from other sports have demonstrated their support as well. In my opinion, the NFL has already impacted by the cultural important to the country and will not continue to be impacted by the any of the kneeling protest due to the fact that NFL gives the opportunity for players or people like Kaepernick to fight for the beliefs as well as the brands to advertise what they are selling to the people all around the world. Hence, the support from NFL could imply that Nike’s choice of Kaepernick for ‘Just Do It’ campaign is doing the right thing and fighting for a truly equal society.

With the brand approaches any sort of public controversy, it could be the right way and a wrong way to get participating. The positive and negative impacts of Kaepernick campaign could be explained further. On the one hand, it could be a positive impact for Nike to win over consumers who are more caring to Kaepernick’s protest. Those who are teenagers and younger people are more likely to view the campaign as a good thing rather than the older people and understand the decision and action Kaepernick took. They would want to see brands like Nike to speak out on social and political issues. Many younger people may also think that Kaepernick’s sit-down would not affect their will to purchase Nike’s products. According to Fortune Magazine (2018), 10 days after Nike launch the campaign, its online sales increased at least 61 percent compared with the 10 days before the launch.

As we already know that Nike’s targeted consumers for this campaign is younger people and it would be clear to say that they expect and want the brand to speak out, and thus increasing the royalty of younger people to the brand. From this point of view, Nike has a great idea of engaging potential consumers who are not old and do have a disposable income to buy the products. It can be stated that young or millennials will be the largest part of the workforce in the future. They care about business doing good for the community and environment. Therefore, the Kaepernick campaign was appealing good to the young and adversely good for Nike’s business. Furthermore, Nike made the right the decision to choose Kaepernick in the campaign because he could help increase and strengthen the brand image that was stuck by many controversial athletes such as Tiger Woods’ troubles with his 2009 sex scandal. On the other hand, there have been many negative feedbacks to the brand as well.  For the negative feedback, Some audience might do not want to support the brand anymore, For example; People who disagreed the action taken by Kaepernick may say that it is just a marketing strategy for Nike to follow the trend or the issue that most people are already talking about. There were the images of people burning their Nike shoes posted on social media and the furious comments not to buy Nike products again.

As a result, Nike lost its shares due to the backlash on social media (Kumar, 2018). The company’s stock price fell maybe because of the anger who oppose Kaepernick‘s protest during the anthem. Even President Donald Trump is not favored to the action Kaepernick did to the anthem in that way (The Guardian, 2018). Honestly, the negative impact on Nike was less than I thought due to the fact that Nike has planned and weighed the risks beforehand. The risks of choosing Kaepernick in the campaign will be overcome by the company and stakeholders or everybody involved is going to come out just fine in the end.

There is a case study that could be learned along with Nike case which is the Pepsi’s advertising with Kendall Jenner. Pepsi also advertised by speaking out the social issues and the video was removed 24 hours after it launched (Smith, 2017). Pepsi chose Kendall Jenner as the influencer to the brand who is considered to be wealthy and celebrity. Many people were not satisfied with Jenner’s view and movements against police brutality and racial inequality. Pepsi claimed to send a global message of unity, peace, and understanding by putting Jenner in this position (Smith, 2017). The differences between Pepsi and Nike are that Pepsi’s version was reported to be a failure to the public because the Pepsi’s encoded message were being decoded horribly wrong. Pepsi’s whose purpose was to send global message of unity and peace by using famous celebrity has been decoded as how in the end why does white people which is presented in the ads as rich famous and fabulous person has to be the hero in the end or does it have to only be a person with this kind of quality to make a change, not the people who wanted to make changes themselves, in addition people decoded this as an ad that promotes white power.

However, the purpose of the advertising would be the same as both Pepsi and Nike made the efforts of giving Jenner and Kaepernick a voice to promote the marketing contents. Specifically, they did marketing to focus more niche which identified their potential consumers in unique ways to differentiate themselves from competitors in the marketplace. Brand strategies in the past were conducted through the minds of consumers by using campaigns like this to support their long term platform positions for the purpose of expanding and producing brand awareness. We could not ignore that the categories of consumers are growing more diverse and specific and brands like Nike has started to recognize the issues or the messages from their potential consumers. The values are the key figures that align and position the brands in the minds of consumers. The values approach that can bring honesty from within the brand to consumers in order to stand out from other competitors. It also reflects the culture of what is happening and many brands have put this values approach to compete with other brands. From my perspective, the advertising featuring Kaepernick produced by Nike was a great opportunity for Nike to segment its potential consumers and reflect the values of the brand.

It can be summarised from the main point that it is a clear case for Nike to risk releasing an advert featuring Kaepernick. The response was definitely positive more than negative. In my opinion, it is not considered as risks to Nike because taking a position on social issues is right to every company. Consumers are quick to understand what Nike was trying to marketing. Promoting equality in the sport by Nike in the past has firmly recognized to people that they have been doing their business in the right direction. The backlash on social media has not really affected the purchase decisions of consumers, as evidenced by Nike’s 10 days after the launch at least 61 percent compared with the 10 days before the launch. Doing good business for a community like addressing social issues could, in turn, be the powerful enhancement to the sales of Nike’s products. It could also be suggested for other brands or smaller brands to consider engaging social and political issues that help increase awareness. It has been a crucial move for Nike to stand up for Kaepernick’s cause and successfully position themselves into young people and teenagers. Their beliefs are the same as what Nike is marketing for. The marketing team at Nike predicted the big picture well and understood the effect that is going to happen. This campaign still has the potential to further advance Nike’s business strategy and it will be one of the case studies for other companies to look into and follow its marketing strategy in the same approach. Kaepernick and Nike will gain many more customers for what they stood for and will be remembered for generations to come. 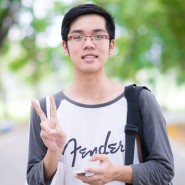