Home > MediaAndSociety > THE LEGEND OF NAGAS

The mystery of Nagas has been with Thai people for a long time. Especially nowadays, the belief of Nagas is very popular not only in Thailand but also people around the world who are interested in it. This blog is going to tell you guys about the mystery of Nagas and why it become famous among the civilization world where most people living along with sciences and things that can totally be proof.

In Buddhist lore, Nagas are half-human, half-serpent beings that live in the netherworld and occasionally take human form. They are considered to be guardians of the water, and often live in damp caves by the water’s edge.

The Nagas land represented by the name calls “Kham Chanod”, it looks like a combination of coconut trees, betel trees, and palm trees to mix species. Kham Chanod is like a holy land renovated for outsiders to make their way to worship with ease, this land for many first-time visitors may feel some mystical, clam and elusive mystery. With an atmosphere that is quite and cool with tall trees. So many things happened, some of which were hard to prove. Some are for scientific reasons.

WHAT IS THE REAL FEATURE OF NAGAS THAT PEOPLE BELIEVE?

An ancient legend, persistent among the Thai population, say that when you see a snake on its way you should not run away, but stop to observe it. At that moment, it will be enough to make a wish for to then you wishes will come true in a very period of time.

According to our thais tradition, in fact, an reptile animal as snake could be the representation of the Nagas spirit, the guardian who, for the Buddhist mythology, keeps away the bad souls and protect treasures.

It is look like some species of snakes are very dangerous and huge so we might call as a ‘King of Nagas’. It has the shape of a big snake with a crest, which represents greatness. It is fertile, has wealth, and it still symbolizes the rainbow ladder to the universe. The beliefs in each region will differ. Golden and red eyes there are scales that look like fish with a variety of colors. They are very according to their prestige, some green, some black and maybe seven colors like the color of the rainbow. Most Thai people believe that these seductive animals can bring wealth and good health.

HOW MUCH THE NAGAS RELATED TO OUR LIVES?

The legend of the Nagas has been associated with Thai Buddhism for over thousands of years. Therefore, it is not a surprise that the Thai people have faith and believe in it. A religions place, there is a link between the Nagas beliefs and Buddhism. Evidence can be observed in religious ceremonies, traditions, and architecture in the temple’s nagas sculptures and the nagas worship ceremony.

Faraway legends tell how the Nagas changed his appearance and becoming a man in order to become a monk. Nevertheless, the religion is not allow an animal to become a monk, that nagas then offered himself to protect Buddhism and take care of it around the place of meditation instead. Thus, even today we often see nagas representations welcome us at the entrance of religious places ; at the imposing stairways. Ans also during the celebrations of people who are going to be a monk must have to pass the Nagas ordination ceremony then they will be completely to be monk.

Moreover, the story of the nagas is not just a legend. Nowadays, people are becoming more and more interested in it. Especially after the movie name’s ‘NAKEE’ was released in 2016.

HOW THE MYSTERY OF NAGAS BECOME POPULAR IN THIS CIVILIZATION WORLD?

As the media has huge power to blend in the content of it into people perception and mind. Especially in this era where people can easily access to the media in many platforms.

So once the media people came up with the idea about the movie content by putting the mystery of nagas and the spectacle were plays by the popular people, hence it is absolutely gain more power and the belief about the nagas story because of those representations.

This movie was inspired from the myth of nagas which beings born from the past. It is about the impact of this unnatural love affect human beings. Moreover, this master piece movie represents the power and majesty of the serpent in the story as well.

The location of movie are held in the place call “Kham Chanod” where is the connect place between human world and nagas cave as our ancestors have been told. It is a movie that tells the story of a love drama between nagas and human.

After the movie was aired, they were received the very well from the viewers. People flocked to worship the nagas in this forest. And people believed that ‘If you ask the serpent’s blessing, you will always be successful and fulfilled.’ in this place.

However, most of people might believes and heard about the nagas from the movie but what is the real story of it?

THE HISTORY OF NAGAS

The story we are telling is rooted in a very old Buddhist legend. Many early civilization believed that the serpent was a creature sent by the gods to serve as a guardian to the spiritual gates. They see the serpent as a symbol of power and strength, and most temples have carving or statues of great serpents to serve as protection.

“Nong Krai” or “Nong Sae” in the past, the land located north in Laos. It has been rumored for a long time that there is a land. “Nagas City” It is said that part of the land has “Godfather Phaya Srisuttho” ruled and the rest was in the possession of “Chao Susan Nak”

The two lands of power lived in peace. Unity there is food together. Having suffering help and support each other according to nature. But there is an important agreement that if any party goes out to hunt for food content. The other party must not leave because there maybe an argument, But one day, there was a problem when there are frustrations about food allocation until doubting each other. They thinking that the other person plays dishonest, it does not comply with the contract.

“Phaya Srisutho” completed the Mekong River first therefore, he asked for a way to go up and down between the underground city where the nagas lives and the human world. There are total 3mplaces : At That Luang, Vientian, Long Khan That, and Kham Chanod.

WHY DO MOST PEOPLE BELIEVE IN THE SUPERNATURAL POWER OF NAGAS?

It is not just a silly faith about the serpent because many Thai people who worship and respect are get their fortune from these things. Whether it is the winning lottery, getting well, or the good fortune that happened in life, All these they believe that from the power of nagas.

The myth refer to the power of the nagas to influence the property of the harvest. Others say that the Nagas itself would be the guardians of the treasures of the earth. And even if you dreaming of a snake, it would be an indication of a great wealth coming very close or the coming of the encounter with their own soulmate.

However, I am a Thai person who has grown up with these beliefs as well. And it’s shocking how often these beliefs come true to the people around me and sometimes even to myself. I went to Kham Chanod Forest when I was in high school. It was my first time there, I made a wish in front of the Nagas statue that I want to go to study in United Sates for a year if it is really come true I will come back to redeem a vow to the Nagas with a Nagas-shaped baisi.

Surprisingly, after about 2 months I was selected to be an exchange student to study abroad for one year. I was so shocked and excited at the same time. Then I suddenly came back to Kham Chanod to finish my successful wish and respect the Nagas. Moreover, after I am done with the retune, I won the lottery I bought from that forest with a big price.

THE UTILIZATION OF THE NAGAS

The effort to create the nagas sign in this area initially came from the public sector, which initiated the construction of the sculpture following the nagas trend that became more famous in the next 2017. The adoption of the nagas phenomenon to create more tourist attractions and people seek more things to faith in Nagas. People want to have something to represent that nagas spirit so that they can keep it spirit with them all the times as a good hope. So finally, those wishes are become ‘NAGA AMULET’ — people who worship these items with them. Will be successful in various areas of life. These kind of souvenirs are sold with large numbers in the area of Kham Chanod Forest. Now this place has become popular for all people over Thailand and other countries as well. People continually poured in to worship the Nagas and most often bought these amulets back to worship.

Sciences basically means empirical knowledge but in the other hand, there are something in the world that even science still can not prove but it actually occur. Thus, I think the mystery of nagas is one of it that there have no cue among the science method to proof, whether the power of nagas is real or not. Someone may think that is silly to do or believe in it. But for me to have faith in something that is using as a spiritual anchor and be confident that those are good things which improve our lives and not hurt anyone. It is good for us to have that belief.

Beliefs are also often tied up with identities. “If changing your belief means changing your identity, it comes at the risk of rejection from the community of people with whom you share that identity” —- According to chemist and science writer Christine Herman. Therefore, people must be respect to each other’s believes and do not interfere or try to change the other’s faiths because different people having different thought and understanding.

'Omakase' What is it Really Means 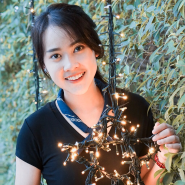