Home > MediaAndSociety > When It All Makes Sense..

When third year students heard about the course JM310 Editorials Writing, they likely have similar feeling about it, including me. Their seniors and alumni have similar experiences about this course. They said something like “Be prepared it is tougher than you think,” or “It is the most difficult class in BJM I have studied so far.” Those words are what we heard since the very first year in university. The students have no idea what they are going to face on the third year back then.

Come to the first entry of the course, on August 15, 2019. The students were prepared but still had no idea what they were about to face. The same thing with me, I did prepared on the night before, but ,still, we got surprised by the first quiz on the first class when we haven’t learned anything yet. It was just an introduction of each student is class, but that was how our first 400 points were earned.

After the quiz, the professor informed us about the class rules and the course outline. We paid so much attention like never did in any other class. There are so many rules in the class that we must remembered and followed. Everyone complains, obviously, since there were so many rules that didn’t make much sense back then.

“During the class, you must sit straight, take notes, and pay fully attention.” That is what Mr. Bruce said to the students on that first class. It sticked in my head quite clear until now.

As we attended the class along the semester, we got to learned more and did more assignments. We have learned some writing tips, interviewing techniques, or even grammar rules. To be honest, the assignments from this class were equal to all assignment from every other class we took. As a result, we must manag our time wisely in order to submit the assignments on time.

Aside from those individual assignments, we got to do the group article and editorial writing as well. It would be more enjoyable only if we get to choose our teammates, but we didn’t. It probably would have been too easy to work with our friends, so Mr Bruce made it more challenging for everyone.

By grouping with new friends, I got to work with a lot of people that I haven’t worked with before. Some of them worked very well beyond my expectation. Some didn’t work as much as I expected. That was another one of my new experiences in this course.

More surprises hit us quite hard when we realize that we have to assess our teammate and give them grade. We have never done it before in any other class. However, it is understandable that Mr. Bruce couldn’t grade us on an individual much since we were the one who worked together and we knew each other better than him.

The rule about two blue pens, two red pens, and two black pens is for the backup if you run out of ink you won’t have to borrow your friend. It taught me to be prepared in any circumstance.

The rule about the tardiness is for the students to come on time. In the real world, one minute late is considered as late, no excuse.

Or even the rule of no wearing makeups during class time, it is for a student to not lose their focus and be able to give fully attention to the class.

There are so many more things I have learned from this class both academical and non academical. It changed me on the way I work and look at the world. I think I have grown up a little from attending this class.

Until the end of our last class, when Mr. Bruce announced about the final article we need to write. All our thoughts were vanished and replaced by stress instead.

“It should be over already. We have our final presentation and class party. That’s it! No more work or writing.” That’s my first thought when hearing what I still have to do in the next few days.

However, I couldn’t do anything about it aside from complete it in time and send it to Mr. Bruce. And, yes, here I am, writing my final article. 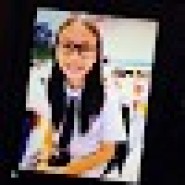 Racism in American society and How PC help easing this problem