As we can notice the situation right now that every country is struggling with the outbreak of Covid-19 epidemics included Thailand. Every country comes up with the various protecting strategies even there are still uncontrollable. Interestingly, the epidemic had occurred since the historic period. Human has been developing the way to cope with the disease as well as the danger of virus that has been growing seriously. The most important thing is “communication” in the society because in every deadly circumstance, communicating will make the society to be united and solve the problem together. Nowadays, there is plenty of technology that benefits us to communicate and control the epidemic but it still hard to control anyway. This blog also talking about how the advancement of technology helps to prevent the virus from spreading.

Severe cholera epidemics in the history

Cholera is an infectious disease caused by the bacteria Vibrio cholera through the small intestine from food and water with feces contamination bacterial, spread by the fecal-oral route. The disease causes cruel watery diarrhea which can lead to dehydration and death if the patient is not well recovered.

Cholera is a local infectious disease of Asia and the Indian subcontinent, the disease can easily found near the Kongka river in India which is the major river for living that spread globally outbreaks through the trade route both by land and by ship. Seven cholera outbreaks have happened in the past.

The first pandemic was originated from Bengal in India and the disease has broadly spread to the Indian subcontinent along to China and the Caspian ocean.

The spread of cholera disease has overspread in Europe, especially in England and France in 1831 which had a big number of dies from cholera infections in London at 6,536 people as a maximum and there are around 20,000 people have died in Paris. Cholera has spread more and more to Russia crossing to Quebec and Ontario in Canada, also spread to New York along to the pacific side of the United States in 1834.

Cholera spread the most in Europe and Africa, by 1866 was considered a severe outbreak in some places including North America and London. The spread in London is widespread in lots of areas particularly at East End area that 5,596 people have died. As well as at Amsterdam in the Netherlands had more than 20,000 people died from having infections

There was a huge outbreak in Hamburg, Germany in 1966 which killed 8,600 people and this time is considered the very last severe cholera epidemics in Europe.

The spread during this period has occurred in Russia and those countries with most of the Ottoman Empire caused a big number of dies.

This outbreak started in Indonesia and has spread to Bangladesh and India in 1964 and the Soviet Union in 1966. In the meantime, Japan also has experienced the spread, the same as in the South-Pacific islands and North Africa countries along to Italy in 1972. There were no more documented of cholera outbreak after this period.

The disease and illness are parts of humanity since the earliest day. Since the past, until now human-created many more opportunities to interact with each other more easily. The bigger cities are, the more human civilized and the more trade routes have expanded cause the plague and epidemics spread more further and more damages.

Since there are enormous damages when epidemics are out of control — there are also the cures during and after the tragedy. Here are some of how countries around the world communicate with their people to protect themselves from the epidemics.

In 1819-1820, Vibrio cholera hit Siam or Thailand widespread and quickly cause 30,000 death. The king gave the order for the people to stay home, pray and observe religious precepts and it led to the decreasing number of the spreading and death. In 1872 and 1881 the virus started to spread again but at the time they have no worship but the knowledge of sanitation from the west. King Rama V at the time gives an order to build the hospital, develop clean water supply and announced to people not to consume the canal water which is a place full of bacteria.

SARS first entered Toronto with a woman who just returned from Hong Kong on Feb. 23, 2003. After a few days she got a high fever and dry cough after that died a week after. March 7, her son went to the Scarborough Hospital’s emergency department with the same symptoms as his mother and died on March 13. The virus continued to spread to other patients and hospital staff.

At the time Health Canada recognized this loss including the outbreak in Hong Kong and led to closing the Scarborough Hospital’s emergency department and asked patients who entered the hospital during the time for quarantine for 10 days. On March 25, 2003, the government declared SARS as a communicable and severe disease. The next day, Toronto’s ministry of health requested all hospitals to create subunits to take care of SARS patients and order to activate “Code Orange” emergency plans.

Japan flu pandemic was spread in Japan and made this country the worst-hit country outside North America in the global epidemic in May 2009. The government estimated that the virus has infected about 760,00 people and killed 42 people by the end of 2009. Japan had informed its people to quarantine including the travelers who were suspected of having the virus and closing the school in the high-rate infection area.

How human deal with a virus these days

The spreading of disease in the past different from today. The medical technology hadn’t advanced developed as the present. The spreading of the virus is still very simple and widespread. Also, the knowledge of people about protection. Consequently, when the disease virus became a huge problem in society, people did not know how to protect and got infected easily. for example, the Cholera virus had killed many lives back then. People were not aware of the disease and did not receive the right information for protection.

Throwing back to the past, humans still mainly used to traditional mass communication and face-to-face communication. To communicate with somebody, it took very slowly that technology did not take control yet. The lack of communication impacts society as a whole due to the delayed report when the virus had already transmitted.

In the cutting-edge as today which the technology had covered every aspect of our lives. Due to the current situation, the Coronavirus or Covid-19 virus is increasing incredibly on a global scale. Advanced technological communication allows every country to update the situation and support each other. The quickly to communicate, the quicker we can cope with the virus. Moreover, social media helps people connecting and sharing information about the virus globally. The trendy #covid-19 appeals on every social media platforms especially Twitter and Facebook. Imagine if we don’t have the advanced tools to communicate, we all might get infected with Covid-19 diseases. Let’s talk about the new media platforms that provide helpful information about Covid-19.

The first one, https://covidtracker.5lab.co/en the website that reports right away the risky areas which help people to aware and stay away from those areas. Not only that but also announces sanitized areas that have already checked Covid-19 and the location of the hospitals which have Covid-19 checking service as well.

Since the current situation, the hygienic mask demands are more than supplies and those are necessary for protection. The Mask Map Thailand, (https://maskmapthai.web.app) the real-time reporting website, reports the number of hygienic masks that are sold in the specific areas in Thailand. This technology is accessible for the Thai population to seek out and buy the mask. Because the facial mask is one of the most important secure material in the middle of this difficult time.

Many big companies are taking action to support the society to be aware of Coronavirus. The obvious one which is Google: Covid-19 Information & Resources (https://www.google.com/covid19/) universally informs the liable pieces of knowledge of the disease also the way to prevent an epidemic. Not only the data but they also post the informed videos which easy to understand and to follow. Google is a good example of repaying to society due to Google has the highest number of active users.

During these tough times around the world, we can see many coping strategies in different countries. By the diverse culture creates the differential creative actions deals with world epidemic scenarios. The development of technology allows advanced systems to reduce disease spreading. Korea is a country that effectively uses scientific-technology wisely and creatively. They came up with various access systems. They can find the best number of Covid-19 patients

The first program is “Corona map” an interactive website of Korean citizens, allows the Korean government to collect personal data for regulating Covid-19. They observe the traveling history of Korean users to investigate the spreading of the virus. Especially, to find out where the infected patients had been. In this case, it benefits for government to control the infection in those areas. And warning others who had been to the risky area to quarantine themselves for 14 days. Moreover, the Korean government remains a very good concept, “Trace Test Treat” to cope with this situation.

The proudly innovative facility is “Drive-Thru Coronavirus testing” which people do not have to get out of the car. There will be a health advisor checking for Coronavirus and it only takes 15 minutes. This inventive facility and technology have influenced America to use this idea as well. The effective collaboration between government and private companies supporting each other. Recently, they invented analysis equipment that can check Covid-19 disease and analyze the result in 30 minutes. As a result, Korea becomes an influential country by the reason for inventing helpful technologies to cope with coronavirus. And creating a role platform for other countries as well.

Anyway, During this serious epidemic scenario of Covid-19 we encourage everyone to stay safe and take care. We all understand that quarantine is kind of tough but it is the best way at the moment. There are many activities to do at home to reduce tiring emotions such as exercise, reading books, watching Netflix and it might be an opportunity for you to learn a new skill at home. Maybe it gives us a chance for us to recheck about ourselves.

What is your opinion on this situation? many people still confuse with Covid-19 facts. Lastly, we have a helpful video that provides very clear information about coronavirus and how to protect it also easy to catch up.

If you have already watched the video, you’ll precisely acknowledge and ready to get through this crisis safely.

Audience's Behavior and Thoughts Convinced by Content on the Media

Be all ears! Podcast is coming 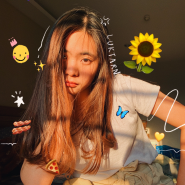