Home > MediaAndSociety > The 12 best Instagrammable Places In The World

The world is filled with a lot of places that look right at home on social media feeds. But which places are the absolute best? Using a scoring system based on the number of hashtags used and traveler opinions,  Big 7 Travel recently answered that question by devising a list of the most Instagrammable places on earth.

Sawadee ka / krup which is the polite nature of saying “hello” with a smile to people of Thais. Thailand offers many essential Southeast Asian travel experiences: spectacular nature, a rich culture and history, a friendly population and a cuisine as rich in colour and appearance as in taste. For many travellers, Thailand is a first destination into Southeast Asia. It’s known for tropical beaches, opulent royal palaces, ancient ruins and ornate temples displaying figures of Buddha.

The beguiling nation over of 17,ooo islands has massive potential for adventures. Indonesia is a Southeast Asian nation made up of thousands of volcanic islands, such as the beautiful island of Bali. You’ll find beaches, volcanoes, Komodo dragons and jungles sheltering elephants, orangutans and tigers.

France seduces travellers with its unfalteringly familiar culture, woven around cafe terraces, village-square markets and lace-curtained bistros with their plat du jour (dish of the day) chalked on the board. France is ranged to be the most romantic country in the world. It regularly inspires awe and jealousy in people scrolling through their social feeds.

From the silvery crests of the Alps to the sparkling Mediterranean Sea, Italy’s beauty is unparalleled. A visit could mean marveling at the Colosseum after a tender plate of pasta, or drifting lazily down a canal, your belly full of local Sangiovese. Explore Tuscan vineyards and olive groves or drool over boutiques in fashionable Milan. Look for fantastic landscape from the cliffs of Sorrento or nibble on Parma’s famous cheese and prosciutto.

From sun-drenched archipelagos and bustling urban cities to snowcapped mountains and semi-arid deserts, Spain typifies geographical diversity. As the meeting point of the Atlantic Ocean and Mediterranean Sea, this vast country offers some of Europe’s most dramatic landscapes.

Greece is a country in southeastern Europe with thousands of islands throughout the Aegean and Ionian seas. Influential in ancient times, it’s often called the cradle of Western civilization. Greece is not only a beautiful destination with its ocean landscapes, distinct architecture, and delectable food, it’s also incredibly affordable.

Jordan, an Arab nation on the east bank of the Jordan River, is defined by ancient monuments, nature reserves and seaside resorts. It has delighted visitors for centuries with its World Heritage Sites , friendly town and inspiring desert landscapes.

Capitalising on its melting pot of cultures, Singapore is finally getting some spark, and is fast becoming one of Asia’s hit-list destinations. With the rapid development, In the last few years , Singapore has created and built a lot of fantastic spots in Southeast Asia that appeal many visitors ,especially instagram lovers.

The United Kingdom, made up of England, Scotland, Wales and Northern Ireland, is an island nation in northwestern Europe. Once you scroll through the thousands of images posted on Instagram of the UK — showcasing historic castles, the rolling countryside and the mega-metropolis of London — ,you will want to head to the nation with your iPhone camera ready. A little over an hour south of London, Brighton Beach, with its rocky shores and Edwardian pier, is another top spot begging to be photographed.

South Korea, an East Asian nation on the southern half of the Korean Peninsula, shares one of the world’s most heavily militarized borders with North Korea. It’s known for its green, hilly countryside dotted with cherry trees and centuries-old Buddhist temples, plus its coastal fishing villages, sub-tropical islands and high-tech cities such as Seoul, the capital.

Turkey is a nation straddling eastern Europe and western Asia with cultural connections to ancient Greek, Persian, Roman, Byzantine and Ottoman empires. Cosmopolitan Istanbul, on the Bosphorus Strait, is home to the iconic Hagia Sophia, with its soaring dome and Christian mosaics, the massive 17th-century Blue Mosque and the circa-1460 Topkapı Palace, former home of sultans. Ankara is Turkey’s modern capital. The Cappadocia hot air balloons are fast-becoming one of the most common travel bucket list items in the world. You will see over 100 other balloons at sunrise in what can only be likened to a fairytale scene.

So . . . now can you decide where is going to be your next station to go for the coming soon summer? I hope The 12 best Instagrammable Places In The World could help you guys to make the best decision with expedient information and kind advice. “Travel is the only thing you buy that makes you richer, then let’s pack your luggage and book a ticket for the next wonderful journey”

How football uses media and technology? 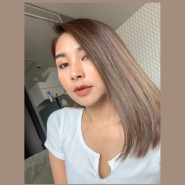