Describing how anime and manga could influence Japanese culture
MediaAndSociety

When you hear the word “Anime”or “Manga”, do you immediately think of Japan?, because I do. Anime is a hand-draw animation from the computer and manga is basically a comic, which originates from Japan. I personally watch some anime and I am in love with them, not only that I have learned a lot from these anime.

Japan uses Anime and Manga to spread their culture. Apart from Japanese language, people tend to look over the fact that we are learning Japanese culture without knowing. At the end of the day after you finish anime or manga you might want to go to Japan and learn more of their culture like I do. You can see how much Anime and Manga spread all over the world form the cosplays that people wear when there are events and it is not only in Asia but also people from the western as well.

People might wonder how that is possible, I will show you an example and pictures, even though it is not something that you see and then you go OHHHH but it is something that slowly goes into your mind. It is also called Culture Imperialism, it is the way that Japan asserts their power over another country through use of Anime and Manga or you could say Japan is using a soft power to influence the world.

I will begin with my favourite anime ever!

Naruto! It contains 720 episodes not including Naruto the movie and Naruto the next generation or Boruto.

Briefly about Naruto, it is about a boy, Naruto, that everyone in the village hates him and he grew up by himself because all his parents already died. He tries to catch people’s attention by acting aggressively and one day his teacher changed him and he became the strongest man in the village. I cannot tell you the whole story and trust me if you never watch this anime, it is worth your time.

Naruto, himself is a shinobi (忍) or you might familiar with the word Ninja. Ninja in Japan was a covert agent or mercenary in feudal Japan. To be a ninja it requires you to have “Jutsu” or skills, it is a mystical art in Ninja.I have learned that the weapons that they use are called Kunai and shuriken.

When I watched it, I just feel like I’m watching it in order to entertain but then I realized that I gained a little from here. I have been watching Naruto with Thai subtitles and I could pick up some easy Japanese words such as Shinobi, Nīsan (big brother) or arigatou etc., and yes I have never learned Japanese language before. Those words come to my mind slowly and I automatically remember. Sometimes I keep saying Nissan because it sounds cute but I don’t even have a brother.

If you are already a fan of Naruto, you must answer what is Naruto ‘s favourite food, and you will immediately say ichiraku ramen or ramen.

Ramen is a Japanese noodle soup, it is the adaptation of Chinese wheat noodles, and nearly every region in Japan has its own variation of ramen.

Another symbol of Japan that is represented in Naruto is Onsen. If you don’t already know what Onsen is, I will briefly tell you about it. Onsen in Japan is the country’s hot springs and bathing, it is very traditional for Japanese. Based on the fact, Japan has thousands of Onsens and they believe that bathing together is a healthy, relaxing, and bonding experience.

Those characters in Naruto will go to Onsen mostly for relaxation and after they finish they will feel relief and happy.

Moreover in Naruto, they not only represent the Ninja, but they also have a samurai as well (even though it is not a very big part in the anime). Samurai were the hereditary military nobility and officer caste in Japan, and their weapons are swords. Even though Samurai are not a very big part of Naruto, but I can easily see that they mainly use swords and they are very well trained.

Similar to Naruto (not quite) but it is about the Ninja also, Ninja Hattori, these two anime are about Ninja but have very different story lines. Ninja Hattori is about a normal kid who is struggling with his studies and very lazy. One day he had a chance to become friends with Ninja.

It also represented the Ninja along with the weapons that are similar to Naruto, it used to be the real weapon of Ninja in Japan back then.

It is not just about Ninja but it also shows some culture of Japan such as the old traditional shoes which are wooden clogs sandals, which you could call it Geta.

It also shows the relationship between teacher, kids and parents, you might wonder how it is going to be different to others right? In Japan they have Teacher Home visits, it is when the child’s homeroom teacher will visit their house to talk to the parents and exchange things.

Another popular anime and manga that is well represented Japanese culture, kimetsu no yaiba or Demon Slayer, even though the anime and manga have not ended yet, but it is very popular among kids and teenagers (even adults). Basically, it is about a boy that is trying to help his sister from the demon curse, and he will do anything in order to help her. He finally becomes involved in the affairs of secret society to kill the demon.

Most of the episodes in this anime, everyone is wearing garments or you might also call it Kimono, it is a traditional Japanese garment and the national dress of Japan. All the main characters in this anime most of the time wear Kimono even though they have to wear a uniform but they also wear kimono on top as well.

The current situation in Thailand right now is that many kids are wearing the same thing as the characters and got banned by some schools. Most of the kids’ parents did not agree with this situation and support their kids to do what they like. https://www.thairath.co.th/news/society/2055400

You can see that Anime can influence, at least kids, to wear Kimono, not including teenagers and adults. The culture of Japanese is slowly coming to us without knowing, it is mostly because those who really love anime want to be like those characters, which comes from the culture of Japan.

Another well known Anime and manga, Case closed, also known as Detective Conan. Currently the episodes are up to 1034 episodes, not including Conan the movie . It is about a well known detective teenager, Shinichi Kudu, who is really into investigating crime. One day he got involved in crime with the Black Organization and got poison to become a kid again, but his brain and his abilities are still the same, he just looks like a kid.

For me, the anime itself is already giving a lot of knowledge, it taught me to observe what is going on around me and to survive in some situations. Not only that, Conan also represents the tradition and belief of Japan as well. For example, the main actress along with actors ( Ran Mouri and Kogoro Mouri) are really good at Karate, and they use that to protect her and other people. Karate is a predominantly striking art using punching, kicking, knee strikes and elbow strikes.

Another example of belief that I have learned, episode 97: Snow Woman Legend Murder Case, this episode shows the belief of Japanese people on the Yuki-onna or snow women. It is a legendary spirit in Japan that often appears on the upper north which has a lot of snow. They believed that the snow women were beautiful and would trick the men to kill them. Even though in this episode will not show that the Snow women is the killer but it shows the belief of people, and of course the real murder is a human.

More Japanese tradition that also appears in some episodes in Conan is the Hanami and Hanabi festival. Beginning with Hanami or flowers viewing, it is the Japanese traditional customs of enjoying the beauty of flowers (hana), which almost always refers to Sakura.

Hanabi or the sumidagawa fireworks festival, is an annual fireworks festival held on the last Saturday in July, over the Sumidagawa near Asakusa. The Sumidagawa Hanabi Taikai  follows the Japanese tradition of being a competition between rival pyrotechnic groups. Similar events are also held at the same time of the year at many other sites throughout Japan.

Another culture that could represent Japanese, which appears in many anime including Conan is the Kotatsu, it is a low wood table that could help you warm up. As it seems to be in some  houses’ living rooms.

Another thing that you could see in all anime and manga is the way they bow, or in Japan they call “Rei” or “Ojigi”, it is the way they show respect. Ojigi is an act of lowering head or the upper part of body, it is a sign of salutation, reverence, apology, or gratitude in social or religious situation. Usually in Thailand they use two hands to show respect, but in Japan they don’t.

These anime and manga are just some examples that I could illustrate to you, but it would be a lot better if you could experience watching them by yourselves. I believe that these anime could bring you a wonderful imagination and it could even guide you and inspire you some way. 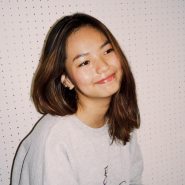 Movie you check it out

Top 5 applications during quarantined for study and working