Does anybody ever keep playing music on YouTube and found a great song with all the lyrics in English, You would think that this singer must be British or American. But YES, you found out that they’re Asian.

No doubt, Me too!

it was really awesome that we have a lot of Asians in the worldwide music industry. As an Asian, I am quite proud that many artists have been able to push themselves out of barriers that might be language or racial matters. Many times, it is not easy for Asians to play a large role in society. However, they came out BRILLIANTLY.

Recently, there was bad news for Asians that happened and was widely shared online. Many Asian people are threatened and assaulted in many places, not even on crowded streets without doing anything wrong.

Every cloud has a silver lining…

This the hashtag that people have come together to protect a lot of Asians. Not only that was abused But including everyone who is Asian, Whether that person has or never been subjected to racism or ridicule just for being an Asian.

I am one of the voices that will stand with all Asian people.
The hateful racial violence is a terrible thing and unacceptable.

Everyone, as a human, nobody must be superior to anyone, regardless of race, class, gender, or other identities.

Back to our topic

Today I have artists of Asian, whether they are authentic Asian or half-Asian. Everyone is competent and should be known more.

a list of recommended Asian singers and 3 songs you should listen to.

Casey Luong, A 26-year-old Vietnamese-American singer, songwriter, and producer, With its unique music, Lo-Fi mixed with hip hop, and the use of string instruments that give it a little rocky vibe. Combined with a beautiful voice that can touch the high notes with the hearts of the listeners More than that A bittersweet lyrics. More than that The bittersweet lyrics of the listeners returned to their memories and saw pictures in the old days with both happiness and sorrow mixed together. And that is the reason why Keshi’s current total YouTube views are over 71 million.

George Kusunoki Miller (ジョージ・楠木・ミラー), Also known as Filthy Frank and Pink Guy. A Half Japanese/Australian singer, songwriter, record producer, author, comedian, and a former Internet personality and YouTuber. With being famous on YouTube before giving him a fan following base already. But that is not why he is famous as a singer career. With a unique singing technique, The melancholy voice like being trapped in sadness. And the music in each song that he uses can communicate emotions. The combination of these two things together making Joji’s song almost a sad song of this era.

SLOW DANCING IN THE DARK

Viphurit Siritip ( วิภูริศ ศิริทิพย์ ), a Thai born, New-Zealand-raised singer-songwriter. You may not know his name. But I can be sure to a certain extent that you must have heard his song through YouTube’s suggestions. Lover Boy is a song that made him famous And with this ability, he was able to get a name in the line-up of many international concerts. With a music style that makes it feel like a flutter And his enthusiastic voice plus a rainbow-like smile came out of his mouth. It is no surprise that he is so famous. And he has proved his talent with many fascinating songs that have come out after.

Nicole Zefanya, an Indonesian singer, songwriter, and record producer, Another artist from 88rising. With her soft and mesmerizing R&B vocals, that is no surprise why some people call her the princess of R&B. Her musical geniuses have been built since she was a child. When she was just 15, she was entitled to the opening of Taylor Swift’s concert in Jakarta. And in 2018, she did the same thing at a Halsey concert. Just by reading the bio, you will know how talented this artist is. Her songs are very catchy, no matter where they are played, there must be someone sang there.

Beatrice Kristi Laus, a Filipino-born British singer-songwriter who writes her songs from her bedroom and sending it straight to the hearts of teenagers around the world who are lonely, sad, or hurt. Her bright and beautiful vocals cut back the lonely sadness in the lyrics as a perfect match. In addition, she can also produce various genres of music, making her a favorite among many groups. Besides that, she is also at Dirty Hit, The music label of The 1975, Wolf Alice. she is also an artist frequently mentioned by Matty Healy (Lead Singer of The 1975) on his Twitter.

If you want to

Jeff Bernat, a Filipino-American singer, songwriter, and record producer. Soft and mesmerizing voices and trendy R&B music are very attractive. In addition, in the songs that are made out, he has used not many instruments But instead is perfect and sweet in a way that can be enjoyed for a long time. His songs are also full of romantic love stories. Whenever you listen, you will feel like love has formed in your heart. Moreover, his song has been used for the soundtrack of the hit Korean series You Are My Destiny, and in the Oscar-winning film Birdman, the track “Dream Team” was used for the movie soundtrack too.

Conan Lee Gray, An American singer-songwriter and YouTuber.  As a teenager, Conan started uploading a video blog. And the self-made song to YouTube. With a unique tone and music content that makes it feel like back in the youth, making him another artist that makes you feel like he’s a friend. After signing with Republic Records in 2018, he released an EP Sunset Season with more than 300 million streams. In March 2020, he rose to No. 5 on the Billboard 200, making him the most popular newcomer to debut this year in the United States. The singular show of his evolved talent, “Maniac,” has been streamed over 100 million times on Spotify.

Christian Yu (크리스찬 유) also known as DPR +IAN. A singer, producer, director, and chief editor in DREAM PERFECT REGIME (DPR) and a former C-CLOWN member. As a former Korean idol, he has all-around talent in vocals, music, and dance. His music is different, it is a blend of many different genres. Making the results come out to be very amazing. In addition, one of the things that people remember for him was the music video that was made like a movie. And what’s even more incredible is that he directed and edited them all by himself.

here are all of the artists that I would recommend everyone to listen and follow.

Besides their music, they also have many activities that if you get into the experience, you will feel that these artists are very charming.

Is there some artist that you are already known before?

Or is there any artist you would like to recommend?

And Don’t forget about

support the fight against violence and hatred against Asians together

No one should be humiliated or mocked just because of race, class, gender, or other identities.

Finally, that’s all I want to say for today.

Don’t forget to listen to the great songs that I recommend.

HAVE A NICE MUSIC DAY!

“9 MOVIES BASED ON REAL PEOPLE STORIES” 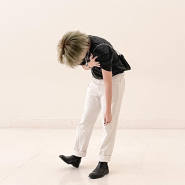 Tiktok As A Speaking Out and Raising Awareness Platform