Everybody loves to use social media, don’t you agree? Posting on Facebook, liking on Instagram, taking a Snapchat and Tweeting a quote on Twitter in almost everyday. These are only some activities that are the routines of teenagers these days.

In fact, social media was created for the purpose of connecting people that we don’t see everyday like friends, family or co-worker. For some, we can also meet or make a new friend with a stranger online through social media depend on uses and gratifications in the active theory of each individual. Media users play an active role in choosing a particular media which they have free will to seek sources that best fulfill their needs. Not everyone in the audience behaves in the same way because they all have their own purposes for using social media then each type of users will have a different way of using and how it will affect to them.

The media’s consumer can be identify into 4 types

People do with media rather than what media does to people, not just only one way because the media can have an unconscious rule over our lives and how we view the world.

Overusing media can lead to the beginning of sight problems and they were more likely to have problems of sleeping and eating disorder and might develop symptoms of mental health. Most of the teenagers use social media to find communities, but their mental health is often negatively affected by this culture of comparison. This is not the first time we are conscious that social media can have huge impact on people lives. Nowadays, we can see that many people affect to the mental illness but who knows, when the social media started to become one of the most important parts of human life, the number of mental illness patients are increasing.

Spending too much time scrolling through social media can result in these behaviors and/or symptoms :

These are 2 cases with differences view from 2 mothers with 2 different and unconnected experiences with cyber-bullying. Here is the story of a mother who receives the painful of losing her child who was a victim of the cyber-bullying. A 16 years old girl has been bullied since she was at 11 by the anonymous person who sent her a spiraling message to hurt herself and consider taking her life. This girl always does things that people want her to do as her habit. So, she suicided herself after got help from social service, because before she decided to end her life there was another message came through by the anonymous which told her to suicide herself. The mother who lost her child from cyberbullying said “ Possibly they need help and intervention. Children act on impulse and emotion. They don’t think of the consequences months down the line.” The other side of cyberbullying was experienced by a mother who told that her 14 years old daughter had sent a threatening message to another child asking them to hurt themselves and consider taking their own lives. The mother said that when the police came and said that her daughter sent a horrible message to someone who was her friend, she couldn’t believe it and she didn’t believe that her daughter gave any thought to the possibility of that girl taking her life because of that message ,and she said that her daughter did it because of peer pressure. People think that they can do whatever they want to do on the social media but don’t know that what they have done might affect other people lives and lead them to suicide or self- harm, so think carefully before you press the button or speak any words out to retain other feelings.

Moreover, here is the exactly word to call the bad behavior above, Cyberbullying. It is bullying that takes place over digital devices like mobile phones, computers, and tablets. Cyberbullying can occur through SMS, Text, and apps, or in social media, forum, participate in or share content. Cyberbullying includes sending, posting, or sharing negative, harmful, false, or mean content about someone else. It can include sharing personal or private information about someone else causing embarrassment or humiliation. Some cyberbullying crosses the line into unlawful or criminal behavior and can be the cause of a victim’s suicide.

Depression is one thing that we shouldn’t be overlooked. Depression is the beginning of a lot of further illnesses and more than 300 million people are affected from depression, and closely 800,000 people die because of it due to the information from World Health Organization. As you can see it can cause from a normal illness to death. Let’s take a look of how media and depression are related to each other.

There was a study that published in the Journal of Social and Clinical Psychology about the media causes depression. The study included 143 students from the University of Pennsylvania. Separated them into two groups, one will continue using social media as usual and the other one would limit access to social media. The result was clear that the group that use less social media had better health outcomes like social support, fear of missing out, loneliness, anxiety, depression, self-esteem, autonomy, and self-acceptance.

The FOMO (fear of missing out) and self-esteem are the big things that we should be considered. They are the important things that lead to anxiety, depression, loneliness, autonomy, and self-acceptance.

The FOMO or fear of missing out is when people tend to feel afraid that they will be missed out like the situations or things that they think they should be there but they weren’t. In short, they are fear of not being connected to the social world. As everybody wants to be a part of the society and needs for the inclusion and social interaction.

Low self-esteem is also caused by the media and create the depression, as people tend to compare themselves with others, for example why they aren’t thin and slim so that they will be beautiful like this and that person or why everybody looks rich except them and because they are in the hyperreal world so they didn’t critically think that it’s just a stereotype and can’t distinguish between the real world and the social world. Then they create themselves a depression to be like someone else.

You might have a question like “how can I feel depressed as when I post things online I feel so good?” Ask yourself and answer yourself truly, does it really is the good feeling for yourself? Do you really post things that you think it’s good by yourself? Or you just try to post things that you think the world will think is a perfect life and you just afraid of being rejected. You need to know and understand it before it changes from a little illness to a big one then caused to death.

In media, we all want to show the good side in our lives through online world and it leads to making comparisons. It is difficult to avoid from making comparisons because everything from physical appearance to life circumstances to perceived successes and failures are shown on social media. Most of the media users fall in a trap to compare themselves to others like if you saw your friend posted a picture of having a vacation in Europe and suddenly you might question yourself “Why don’t I be in Europe like him/her?” or “Why their life is so good and wealthy?”. Because everyone highlights on the reel rarely showing themselves in a negative side but people consume the media without critical thinking as a passive audience. They might be injected the false value of living that they need to be looking good in online media as other.

In the two-step flow theory, the audience might receive the idea from mass media to opinion leaders or your favorite influencers with full attention and their messages make sense of it and tell the wider audience who follow and respect the opinion leader without question. One person’s opinion can become many people opinions because they pay less attention, respect the hegemony, and the social status of the opinion leader. Following influencers on the media make the audience feel commodity from that person and influence their lifestyles and routines. As mentioned above, it is difficult to avoid comparing yourself with others and sometimes it makes you feel inferior.

There are also many advantages of using media. Remember that the users are the one who designed for what will they receive from social media if you indulge it in an appropriate way of moderation for your own health. 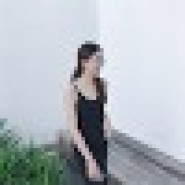 Top 5 best unexpected place you should go to Northern in Thailand!