Aesthetics is the philosophical study of beauty and taste. The term stems from the Greek word “Aisthetikos” meaning “of sense perception,” and is related to the study of sensory values. A set of principles concerned with the nature and appreciation of beauty, especially in art. The art is divided into many parts of human senses. From the senses in the body, the first thing is eyesight, such as painting, a picture or a view of nature. The second is to hear the sounds, whether it’s the music, natural sound or the poetry. The third is to touch things such as Touching the sand at the sea or touching your beautiful silk. The fourth is the smell. Whether it’s the natural scent when it rains, smell of the bookstore scent or the smell of perfume everything is aesthetics.

During this situation, Corona virus is pandemic worldwide. Which, affects every human being in every way, regardless of which is the most worrisome is the economy that is in a state of crisis Businesses have to shut down, including the number of unemployed rising to the point of concern. Each country must close their own countries, causing The economy must stop suddenly. Employees have to switch to work from home. There is a lock down to set the curfew to leave the house. In which, staying at home for a long time causes stress in an individual, because some people lack income or others have nothing to do. For me, listening to music is another aesthetics that can help heal and relieve stress.

Sometimes, sitting and calm in private space of your house and keeping your mind calm and let yourself to relax with your favorite song can help relieve stress so much. Myself during this detention, sometimes feeling stressed because of can’t meeting my friends and can’t leaving home or going anyplace. Last week, I did one of the interesting challenge on my instagram account , so I wanted to come and share it to everyone. This is ’12-day song challenge’. Which is a great opportunity to recommend my lovey favourite songs and forward songs to everyone 😛

Nowadays, listening to music doesn’t have to wait on the radio like in the olden days. We can listen to all music, anywhere and anytime from on various platforms such as YouTube, Spotify, Apple music, Joox or etc.

Day 1 | A song you like with a color in title

A song you like with a color in title

Favorite song, and name must has color Um..a lot

Sunset rollercoaster Is an indie pop band from Taiwan. (But the band defines that their band types is chill music and pacific rock) Normally, i like to listen to random songs according to the playlists that Spotify has provided until one day I had the opportunity to listen to this song and i liked it very much. The song has a synth-pop sound and feels like going back to the 1980s. In addition, the rhythm and the melody of the song came out perfectly. The first song that introduced me to this band was ‘My jinji’

Alright, let’s surf on the time
Only we own the ride tonight
Maybe we could come find out
Secrets in burgundy red sky

Other songs that I like and suitable for this topic

A song you like with a number in the title

505 – Arctic monkeys this song is one of song in “Favorite Worst Nightmare” album released in 2007. Which, this album’s include all of my favourite cool songs. I think this song is perfect written quite as same as the Humbug ( one of my favourite song from this band too) , which came out after this album sold for 2 years. Moreover, the tune starts with slowly and stillness and then exploding the unique of Arctic monkeys into the song’s hook.

This song, Alex Turner, talks about his ex-breakup girlfriend and room number 505. In occasionally, he wants to go back to reconcile his ex and speaking of old memories when they were dating regardless of how difficult it is to go back

I’m going back to 505
If it’s seven-hour flight or a forty-five-minute drive
In my imagination, you’re waiting lying on your side
With your hands between your thighs and smile

Other songs that I like and suitable for this topic

Day 3 | a song that reminds you of summertime

A song that reminds you of summertime

This topic is super extremely suitable with the weather of this season : P

Driving To Hawaii is a band from Austin, Texas, USA.
Which has a famous song like “Candy Wrappers” that many people are probably familiar with. There are 3 members: Matt Terry (vocal, guitar), Eugene Chung (drummer) and Phil Baier (bass).

I have a chance to get to know the band coincidentally from YouTube, and the first song that introduced me to this band was Candy Wrappers. When I liked it, I sought more songs from the band. And…yeah! It is also good.

Another song that I like about this band, and coincidentally that it’s a match for today’s topic is “Driving To Hawaii”. When you read the name of the song you can feel the summer feeling. It’s true because listening to wanting to sunbathe by the beach or to Hawaii immediately. And if you listen well, will hear the sound of waves and birds too! The mood of the song is wonderful.

Day 4 | A song that reminds you of someone you’d rather forget :- /

A song that reminds you of someone you’d rather forget

Pretty Girl: for this topic, it is quite an answer that I call ‘reason no reason’I listened to this song when I finished watching a movie last year. In which the story of the movie talks about goodbye and the fact that forever does not exist. However, the meaning of the song has nothing relate to the movie. Anyway every time, I listen to this song, my brain will think of the characters’ farewell scene automatically.

Day 5 | A song that needs to be played loud

A song that needs to be played loud

Um..The topic is not clearly also difficult to understand :-0

I love you so – The Wlaters

This song describes a man’s internal struggle regarding a relationship with a lover. He describes this struggle with his significant other through the song and eventually finds himself wanting to be without her despite his strong love for her.

Day 6 | A song that makes you want to dance

A song that makes you want to dance

oh my gosh this topic is very difficult

because I want to dance with every song I listen to ><

“Crush” is the first officially released single from Tessa Violet’s album Bad Ideas. She had previously performed it, along with several other songs from the album. The song’s beat and themes were teased in a teaser video she posted on her YouTube channel on June 7th.

A song to drive to

For a song that match this topic, it’s easy to choose. Because when driving, I like to listen to this song very much

Day 8 | A song about drugs or alcohol

A song about drugs or alcohol

Sex n’ drug: I guess I underestimated just how funky the beat is and how easily it slips in the message of addiction, materialism and self-doubt without even bluntly coming out like that

Day 9 | A song that make you happy

Honesty is the first single off of Pink Sweat$ ‘debut EP Volume 1. Over a chilled Thrice Cooked Media instrumental, the Philadelphia singer croons about a girl he wants who is afraid of commitment.

She said, “What if I dive deep?
Will you come in after me?
Would you share your flaws with me? Let me know.”
I told her, “Thinking is all wrong
Love will happen when it wants
I know it hurts sometimes, but don’t let it go.”

A song that make you sad

Crybaby: The reason why I choose this song is because every time I listen to it, I feel uncomfortable and sad. Part comes from how I understood how he felt when he write this song.

“Crybaby” is the first song off Lil Peep’s namesaked album, Crybaby. Peep has performed the song many times in live shows, such as the Rap-Festival “Rolling Loud”.

I found myself complaining alot, being very ungrateful for the things that I have in my life.. so I got the Crybaby tattoo on my face to remind me that I have been doing really good, and there’s alot of people on earth who would love to be in the position I’m in, so it keeps me really grateful.

A song you never get tired of

Buttercup With a strained, emotional vocal track filled with grooving and soothing guitar solos, this first track on Jack Stauber’s 2017 album Pop Food starts the album strong, with powerful lyrics and an engaging combination of synths with a touch kicking bass.

The song could possibly be about someone who is in love with someone who doesn’t feel the same. This is present in lines such as:

Oh man, you cut me to size
My little buttercup

Day 12 | A song from your preteen day

A song from your preteen day

Baby One More Time attained global success, reaching number one in every country it charted. It also received numerous certifications around the world, and is one of the best selling singles of all time, with over 18 million copies sold.

Hope you like and enjoy with my 12 songs suggestion today.

Are Video blogs the new Diaries? 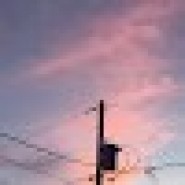