Home > MediaAndSociety > How do you gain attention, existence, acceptance from society? Is it the Media?

In the age of boundless communication, everyone spends time plowing on their phone screen, scrolling through other people’s daily lives and revealing their own daily lives via social media without considering the consequences. Not only that we use social media to  affect other people’s thoughts but others can also affect our attitudes and behaviors as well. Social media is another way to shape people’s mindsets or attitudes which lead to the result of their behaviours. Texts, clips, images, these are things that can change our behavior for better or worse.

It creates the wants for people to look better in society in order to be in the spotlight, why? It is because of what they have seen while scrolling their social media feed looking at others’ photos and being able to explore others’ lifestyles. In addition, what is more important, yet dangerous than the ‘desire’ is ‘privacy’ which is hardly to be seen due to the transparency of social media. Sometimes, when posting pictures or messages, what we think is our intention to ‘just post for others to see’ it, however most of the time, we tend to overlook the privacy whether for yourself or for others.

In today’s world, aside from the physiological needs according to the hierarchy of needs which includes; shelters, medicine, clothes, food, air, water etc., social media is likely to be included as one of the needs as well because of how it impacts the lives of majority people. Numbers of different platforms such as Facebook, Twitter, or Instagram make people know how things are going on every day in real-time. In other words, social media helps people who are nobody in real life to be somebody in the media world and that makes people satisfied when they do it.

They can do whatever they want because there is no identification, for example, the case that people who do not have a friend in real life but contrast in social media, they have friends which helps this type of person to be somebody and moreover it helps satisfying that person’s need too. Beauty bloggers are another example of people who were nobody until they met their ways of using social media and easily become influencers of many people on the internet.

What we can see from the opposite aspect of these people are the seeking for attention and the acceptance from society. This can be due to how they want to escape from real life where less people notice them and that makes the person feel invisible in the society. This is where social media comes in and helps them get what they need. Social media gives the opportunities for people to be themselves without feeling uncomfortable.

Social media has polarization. It gathers people who are interested in the same topics and able them to discuss things through social media platforms, for instance, the hashtags on Twitter where people can search for their interesting topics and discuss what they think and it can help to turn unknown people into someone in the social world. Moreover, people let social media play a major role in our lives until it becomes a value that people worship the media too much.

It may be overlooked in our society where people give and take some values in reality, to make it clearer, as you can observe, people are doing more and more on using media gadgets and care about which picture they should or should not post, make an effort to look good through application just for social media like Instagram or finding the good poem just to get many retweets on Twitter.

In the days of where people use the media as the medium, therefore, the world becomes borderless now, perceiving value is not rocket science anymore. It can only take probably a year, a month or at least a week for someone to create new value to society. That is not all, people can be called to action easily by having identity in the social network world, to illustrate, people care so much about likes and shares because those things can give them enough value to exist in society. Therefore, they are capable of so many things whether to copy others or try to be someone else, for example, going to a super popular cafe and taking a lot of pictures just to post them on Instagram like their influencers or their friends.

According to the various types of background and culture determined their mindsets on posting on social media. For instance, people in western areas are more confident with their own lifestyles and mostly have been influenced by western influencers like Kendall Jenner,  So they often post about being more realistic in lifestyle and posting pictures of their own body is the ordinary thing in their cultures. On the other hands, in Asian culture especially in Thailand, people mostly got influenced by many cultures such as within country, Korean idol group and also western influencer which is create a diversity in consume and produce media as well as people are more concerned of what other people will think about them via the posting more than the western side.

Moreover, related to Thai social norms that a person’s body should not be revealed or exposed to other sights and people often show their positive lifestyle through social media because we want to be part of the upper-class society. However, the behavior of posting pictures on social media can lead to privacy problems if the producers overlook the privacy of themselves or other people for example, showing their own house with no privacy concern of address number, accidentally revealing the personal identification number or credit/debit card number and telling private information about themselves.

To give an illustration, the robbery case of famous rapper ‘Pop Smoke’ that he died because of had been shot by a robber after he had posted photos on social media showing large amounts of money, designer goods, and a luxury car. His friend also posted images, including one in which the home’s address can be partially seen in the background. The rapper also posted a story on Instagram and Facebook of designer bags, and the house’s full address could be read on the packaging, that can be a strong incentive to  robbery.

As we all know that social media is an area that allows people to create social capital, which means having an identity and reputation that are the factors that attract people online. And provides an opportunity for users to create new identities that may not be true. Causing fake news and also the opportunity to lose privacy by netizens overlooking the small problems that can lead to mass issues. Netizens often violate the privacy rights of others without awareness. And lack of understanding of basic rights of each person. For example, Posting a health examination result of others including audio and video recording during treatments, it may violate the rights of patients without knowing it which is guilty under Section 7 of the National Health Act 2007, has a 6 month imprisonment and a fine not exceeding ten thousand baht, In the case of doctors disclosing patient information by posting pictures or information on social media, or in the case of a rescue officer posting a dead body or injured person on Facebook. These actions are considered to be a violation of human rights. Moreover, in the case of Annie Brooks having a child with the Film Rattaphum (famous actor and singer). One thing that makes this news even more interesting is the privacy issue is that the media violates the rights of baby, the producer invite Annie Brooks interview on TV show by bringing a few months old baby to participate in the program, shooting close-up of the baby’s face without considering the effects that will occur in the future and posting the unconsidered content to grab the audience’s attention. According to this wrong action, not only contrary to ethics but also at risk of wrongdoing Child Protection Act 2003 Section 27.

Even though social media gives us what we are seeking or wanting in real life; the attention, existence and the acceptance from society, apart from the positives it gives, it can also give the negatives as well. Since nowadays, it is very easy to get into your account, choose your best photos, search for amazing and meaningful captions, press the sharing button and then you are done sharing your information. However, because of how easy it is to do so, people tend to spend less time or even no time in checking whether it is good and safe or not to share that particular thing. What tend to come after their overlook of checking the information is the problems on the privacy which sometimes can be a very dangerous situations since it is one of the ways to give your personal information to the media which can be said that you are giving out your information to almost the whole World since the spreading of social media is unexpecting fast which later can lead to an intimidating situation!

What is the thing that you actually want from the social world? Attention, existence, acceptance from society or you just do what others do?…

Last but not least… 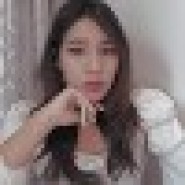