The trend of LGBTQ+ couples has been very popular with teenagers in Thailand over the past few years, making LGBTQ+ series come to play a role on the TV screen even more. Although the Thai community nowadays is more open-minded about gender identity than in the past, we cannot deny that LGBTQ+ individuals are still not accepted equally as their fellow human beings by society. No matter how they live, how they do their occupation, or what talents they have, they will be watched by other Thais around them and criticized with fun.

One of the reasons is the Thai media. It is because the media is an important medium for presenting the views and thoughts of the public. It takes a role from the past to the present. People are addicted to it. Moreover, if they do not have media literacy, it will be easy to be overwhelmed by what the media shows. Presenting LGBTQ+ on Thai televisions is similar. Thai media creates a negative impression of them that makes others recognize LGBTQ+ people as strange. To have the content through the Internet, it is HUMANS to produce those content for everyone to consume the media. However, we do not know the intention of representing LGBTQ+ content from them. Is it good? Is it bad? No one knows. In addition, most of these kinds of content in Thailand are the same in characters and storytelling. It creates memories from the continuous production of Thai media about them.

In the series, we can see the characters’ lives go smoothly. However, if we try to compare it with real life, we find that the realism of LGBTQ+ couples in Thailand was quite different from the series.

“I am a straight man, but you are the only guy I love.”

The BL series has created a framework of the story under the love between the straight man and portrays the love of “Real Men” under the relationship framework ‘You are the only man I can love’ as in the series “Together With Me.”

And it continues to reinforce authentic masculinity with a stereotype, a masculine trait where the characters have to study in an all-boys school or study and work as an engineer, or doctor, including something that resonates with the idea of “Manhood.” It makes the story of the BL series in Thailand revolve around those ideas in a period of time, such as “SOTUS The Series” and “2Moons The Series”, which makes a point of view of the gay couple not correctly presented but just made for entertainment and satisfaction for the audience only.

The presentation of male-relevant content creates an image for the audience to still adhere to the actors who only have to be real men. That made bringing LGBTQ+ actors to a role in the BL series unusual, which shows that society doesn’t accept these people much.

LGBTQ+ content in Thailand does not have just negative sides that do not reflect the reality in the society of these people; however, it also has positive content that supports them. It helps show the individuals that LGBTQ+ people are similar to them. They are just ordinary people. It is common for anyone to be anything. It is not necessary to specify this gender must be male, or this gender must be female. Moreover, it presents equality in society.

The supporting contents are on many platforms in Thai media, whether Tiktok, Facebook, Youtube, or Websites. They have a variety of categories for making audiences on multiple platforms see, perceive, and understand them. Besides, they are also like a voice for LGBTQ+ people.

An example of Thai’s media industry that used to support gender diversity indicates the identity of each gender in society, so this community will be accepted and more known.

We are media that deliver interesting content about gender. We look into gender in various aspects- gender in public, gender in film, and gender in politics. The gender is not only about D and VJ. Because all genders matter.

GendersMatter uses a media platform like TikTok to spread and convey the issue of gender that arises in a society, and they are a wide-open discussion of gender across multiple social media platforms such as Facebook, Twitter, and Youtube. GendersMatter does not just deliver the news about the gender, but also criticize the issue of gender that is deeply rooted in Thai society such as patriarchy, and prostitute, to make people in the society aware that there is the problem like this, and it should be modified for the better. Moreover, they also provide knowledge about sex in physical ways to educate people to turn to love themselves, love the way they are, and pay more attention to themselves. Using TikTok as a platform, which is a good strategy, allows the audience to visualize and see the faces of those who broadcast content. The audiences can understand and have emotions along with it. The example of GendersMatter’s content, “The state controls the NGO, what can we do?” “Thai LGBTQ+ protest might not occur again,” “5 Things that people misunderstand about Asexual.”

SPECTRUM is an online platform that conveys various aspects of ‘Gender’ both in Thailand and abroad. SPECTRUM is an online activist that uses the social media platform to support gender in society, not limited to men, women, or gay men, but also covers the emergence of new gender in society. This page is quite up-to-date to keep up with the world and social issues regarding gender. SPECTRUM comes in a variety of color concepts like ‘Spectrum.’ It is like a human gender that is not restricted to just man and woman, red or blue, but all humans have different colors and complex dimensions. SPECTRUM has a hashtag which is #ShowYourSpectrum that allows everyone to share their own experience of sex and gender in both the good and bad things. The bad things will be a voice of those issues to help the people or the society better by using the social media platform as a medium. SPECTRUM’s contents help promote and raise awareness of the gender problem in society to create meaningful discourse so that society can help solve problems and get better. For example, “10 Things to understand again to remove stigma and bias against LGBTQ+,” “Rape is not Joke,” “Thai BL Series, just for fun or oppress LGBTQ+ Communities.”

This book was written to expose the events that happened to the author, with no intention to blame anyone, except for the patriarchal system and the uneven distribution of civilization in all sectors of Thailand. Patriarchy is devastated, Equality and diversity prosper.

The book by Panod Srinuan, the editor of GendersMatter. This book received a Progressive Fund award from the Common School under Progressive Movement Thailand. The author wants to convey the story of the life of a transgender woman from the Southern Isan region (Sisaket.) She is telling about the problem of identity overlapping that she has faced whether social inequality, homosexuality within and outside the family, and cyberbullying. These problems were compiled in the form of a novel to make it easy to digest and follow.

In regard to the complex identity, transgender and the Northeast have something in common: being distorted by the media. Transgender people are often seen as clowns and entertainers. In spite of the fact that life is bitter because of the refusal to grant basic rights such as equal marriage rights or change of title’s name. Same as the Isan region, which is often portrayed by media as a collection of ‘Fools’ and ‘labor resources.’ Although the failure of the state to propagate civilization.

This book also addresses many issues in Thai society such as education, public health, as well as religion. It can remind people that the phrase “We are all born equal” is not true because the cost of each person’s life is not the same. Therefore, the differences in each person’s life should not be insulted but should be raised to understand more to create empathy in society.

Read the full version of the book on ReadAWrite:

Everything around us always had two sides: positive and negative sides. Presenting LGBTQ+ on social media is similar to this concept. It has negative content that does not reflect the reality in the society of these people. However, it also has supporting content that can be a voice and show equality for these people.

From the foregoing that the media takes a role in the public; however, everyone who uses the Internet has a right to choose what content they consume in daily life. It also includes the way producers produce the content; it is their right to create any content. These are similar to Maslow’s Hierarchy in media theory that we all have our own needs. Everyone uses media to satisfy their needs; moreover, it can fulfill those that are missing from everyday life.

If you have other content related to LGBTQ+ support besides the example in Thai society above, Let’s share in the comments! 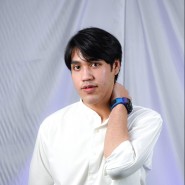 Organize Your Work Flow With Available Tech And Software