Home > Videos > The mystery of the mountains

All the mysteries came from the old temple from Kanchanaburi, Thailand

Wat Tham Maklua is the old temple that people can come to pay respect to the century-old budhist image in the old natural cave. The temple has a small museum displaying a variety of ancient objects with hidden mysteries which cannot be discovered yet. From now let me bring you to the deep information and history of this temple. As you know this temple is very old but what makes me surprised is that there are only two monks who live in this temple. Moreover, these two monks build all the image of Buddhas by themselves. They use over twenty years for building all the Buddha’s images. So far this is only the overall background of Wat Tham Maklua so from now on I am going to the main point of the hidden mystery from this temple.

All the story starts with the special instructor of ghosts and holy things (named o-le). He is  paying respect to the unnamed hermit. Then he can realize what the hermit wants to say to the human and his name. O-le said the hermit said that his name is Way Ru Nad hermit and he wanted them to go up to the cave near the temple to do something. At first one did not believe what Ajan O-le said. So they asked the cleaner of the temple about the name of the hermit and then she said the same name as Ajan o-le said before also she told that not everyone will know hermit’s name, only the local people can know that. Everyone is surprised with this. After that they headed to the mystery mountain as hermit said.

On the way to Wat Tham Maklua’s mountain.

It is kind of a long way going to the mountain surrounded by forest along the road which the road has not developed or built yet. By the way, the car can go into the forest only half and then we have to walk up by ourselves instantly.

Inside the cave there are some Buddha statues but it is not the point of what the hermit said. Ajan o-le walked around that cave to find some mystery for a while but he couldn’t find anything. Suddenly he stops at the other gate of the cave and sees the other mountain which is next to this cave and he says that it is. That mountain has the descendants of hermit. Moreover he said the descendants are the old and big tree called Takhian, the goddess of water and the head bone of an elephant. The hermit said it is not suitable to construct all the three things on the mountain he wants to bring them down to the temple for being as a holy object for humans to pay respect.

Wat Khao Pathem is located in the forest near Wat Tham Maklua. It is surrounded by forest and mountains also full of holy hidden mystery objects. So what is the hidden mystery that the hermit asked Ajan o-le to disclose it…

Suddenly, he finds the Takian tree according to what hermit said at the first temple. This tree is very huge and has been here for about fifty years.

Moreover, Ajan O-le asked the head of the temple about the goddess of water and the head bone of an elephant. Then, the head temple said they have these two things on the top of the mountain. Therefore, we can realize that allthings that Ajan O-le said in the beginning is true and he always says that audiences do not have to trust him. It depends on each judgement and critical thinking. After that they go to the deep mountain and forest to find the real goddess water and the head bone of an elephant. After a while they find the holy objects.

All the mysteries that come from the hermit are true. Ajan O-le and his team have not come to the temple before. In the end they bring all the holy objects to the temple as a construct for humans to pay respect.

How do they convince the audience to participate and donate with him?

First of all they always say that the audience does not have to believe what they said or act and it depends on each judgement and critical thinking of each person. Moreover, they do not invite audience members to participate in the show with them. But all audiences who join with the show are willing to join by themselves. And the evidence from the audiences. They say the show has no script at all. Everything is all real and never happened before. Also, you can see from what Ajan said. Ajan always says or tells the hint or what he receives from the god before he goes to the real situation or place to prove all the mysteries. This is all the reason why audiences want to participate. I want to say it again that everything that happened is all real and comes from the real place and situation. There is no script. As you can see from what I tell you above, first the goal of the exploration is to disclose the mysteries from Wat Tham Maklua only but in the end they move to another temple instaded. So this can prove that this story is not a script. Furthermore, we can say in term theory about the audiences. First, they do not use the hypodermic model in which the media inject the idea, values and attitude into a passive audience. It is a kind of media product that has only one message and they only use that message over again and again to inject the idea, value and attitude to the audience for making them follow or if it is a product, they will buy it. On the other hand, they use the situation culture to persuade audiences. It is the factor that affects our interpretation of media texts ;for example, our daily lives, relationship, friend and other. In addition, they publish the story in YouTube channel which is the ghost secret channel. So it helps them to gain the audiences from anywhere in the world not only for Thai people and on YouTube we can consume the media anywhere and anytime we want or free. Therefore, it benefits both producers and audiences. It can be targeted especially for local people. You can realize that this story happens in Kanchanaburi, Thailand so it is very newsworthy for Thai people especially Kanchanaburi’s citizens in terms of proximity and prominence.

Why do Thai people believe in the holy object, god or soul?

First of all, this story depends on each person’s judgement and critical thinking because it is a kind of story that does not have a certain evidence to prove is it real or fake about the soul. As you know soul is soul, we cannot predict or make a hypothesis about this thing. For Thailand, we cannot deny these things because it is kind of like what old people tell each other from time to time. Moreover, Thai people usually believe in these things especially in the past such as in case of when some people are sick, many people will always think that it is happening because he or she has got something strange in his or her body and then mother will bring him or her to shaman instead of go to hospital. So this is what Thai people send this belief to the next generation. It is the consequence of why Thai people still believe in these things. The media still can produce this kind of content to entertain or persuade audiences. Therefore, for Thailand, the media organization or production always produces media in the theme of god, soul or ghost including film, soft opera or show. From all that I mentioned above we can conclude that even if we never see, meet or have experience with these thing we believe what other people say or tell us and it lead when we consume or listen to these things more frequently, we are injected slightly in to our ming and in the end we are totally believe.

These numbers are from a poll of the Office of Trade Policy and Strategy (OTP), Ministry of Commerce Who surveyed consumer behavior in all districts of 7,904 people.In the past October 2020, it was found that Thai people made merit. Holy thing Religious beliefs For morale Make money spread throughout the country 10,800 million baht per year or equivalent to 0.36% of the value of Thai tourism, and this does not include the money that comes from foreign tourists, especially Chinese people. In the past, before the Covid-19 crisis, there were tourists who came to pay homage to the Emerald Buddha, Brahma Erawan Each day as well. For example, at present, there is “Khai Khai Kid at Chedi Temple” at Sichon District, Nakhon Si Thammarat Province. It is a sacred thing that many people believe and travel to worship. Even during the past long holidays Found that each day, more than ten thousand people came to make a wish and vow And each month, more than 1.4 hundred thousand people visit the temple, resulting in the tourism sector in Nakhon Si Thammarat Province Tremendous growth Especially the flight Bangkok – Nakhon Si Thammarat That expanded more than 30 flights per day.

Before the end, I want to say it again that it depends on each person’s attitude, thinking or judgement. They do not force you to believe everything they say. You can choose the best choice or solution for yourselves. You have opportunities to decide about these kinds of things. Other people do not mean you have to believe as much as them. The reason why I decided to choose this story is because I want everyone to see and share the experience for education and entertain. I want people to see another side of Thailand and Thai people. 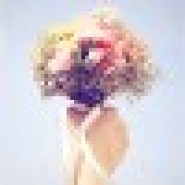