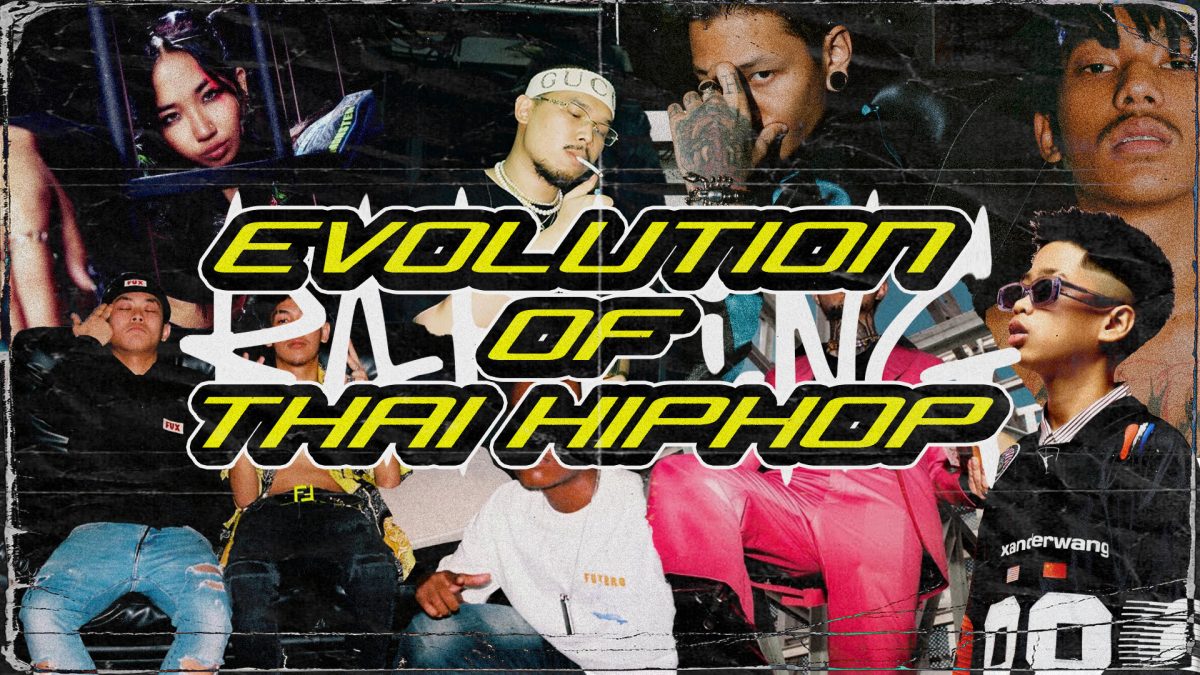 You’ve probably heard more or less rap songs through your ears, and there’s no denying that every day you look, you’ll find rap music everywhere. It’s everywhere you go, from the actual place to the social media you’re on Facebook Twitter Instagram or, most obviously, TikTok, scrolling up to three clips is sure to find a rap song. The question is, why do rap songs become popular like this? Before getting to know that, lean back and go through the history of THAI HIPHOP first!

Rap music entered the Thai music industry during the years 1977-1987, which was a colorful period in Thai music. In the beginning of Thai rap songs, poems are used to arrange the relationship to reconcile the rhetoric to look rhyming.

Real hip-hop music in Thailand started to become mainstream around 1991-1995, during which time there were main artists like Jetrin Wattanasin, TKO, Joey Boy, AA Crew, and Bhuddha Bless who made rap music until it became mainstream until there were hip-hop artists that increased dramatically.

Later in 2000, a new rapper group called Thaitanium was formed, a group of friends gathered in New York. and has a unique hairstyle and dress that is full of accessories, as if it was directly from America in hip-hop culture. making music fans in Thailand begin to absorb more of these cultures which in the same era There are many artists whose music has been released into the song-market that has become famous in the hip hop industry, such as Dajim, F.HERO, Illslick, SouthSide, which is considered a rather niche audience, so they are still not famous as they should and most of them are still in the underground.

But for the present era where we really lived, Rap music has only recently begun to become mainstream accessible to people of all ages.

By the beginning, it happened in 2009, when the trend of hip-hop music faded. With the result of it, the underground community came together to create a small show, Rap Battle, where people interested in rap could do rap battle live and post a video clip on youtube channel. Initially, it was like a party for people in the industry to meet. About 300 people attended, showing that people were still interested in hip-hop music.

Therefore, it has been held continuously. The show continued until the scale of the work started to get bigger and more people were interested in Rap music. There are many artists who have been famous from this show, such as MAIYARAP, Blacksheep, MCking, Repaze, Pee Clock, AUTTA, Name MT, etc. And most importantly, YOUNGOHM, a passionate artist from the Rap Is Now group, after the end of the competition he has released a single. “Choey Moey” and reached more than 180 million views, making rap music back into the trend again, undeniably.

The main factor that makes rap music more popular is because people are getting bored with the same old style of pop music or music in the stream. It’s becoming more and more popular for rap songs. It’s become another option for people to listen to. Now when rap music became popular, the Television Industry was encouraged to make hip hop content into a serious TV show.

In 2018, with the satisfying results of the hugely successful Rap is Now show, Rap Battle. It made the underground show reworked onto the TV screen and made it accessible to people of all ages. Many of you might probably know the famous television rap show “The Rapper Thailand” from Workpoint, The first TV show in Thailand that is dedicated to rap music that has created many famous artists such as DIAMOND MQT, LazyLoxy, OG-ANIC, Milli, Saran.

And in the same year, Zense entertainment purchased the rights to the famous South Korean rap competition show “Show Me The Money” and remade the Thai version of the show “Show Me The Money Thailand” which has received legendary rappers such as Dajim SDTHAITAY and Buddha Bless to join as coaches and judges and the show has produced new high-quality rappers to the music market such as Sprite GuyGeeGee and Urworld.

After hip hop and rapping has been released to the public on the Television screen, rap music has become a real mainstream just Like pop or rock music that people can listen to on radio ,music streaming applications, or daily places like Department stores, restaurants, or Club and Bars. Rap music is widely used as a tool of communication in the modern era. Rap music is used in various fields such as product advertising. government campaign, or for education purpose

WHAT IS TRAP? AND WHY IT HAS TO BE RUDE?

Besides the usual rap that everyone can listen to, there is another trend that goes hand in hand with rap mainstream: TRAP RAP, most of the lyrics are violent and boasting about wealth, drugs, and women. technically, trap is slang for hip-hop America, meaning drug-trafficking place. It also refers to the fainting of hallucinations after the use of certain drugs. If you look at the character of many hip-hop artists, you will find that they often talk about drugs, both drug use and trade, getting rich from illegal activities. Gathering in a gang to show off some kind of prestige which is the reverse of the difficult basic life of hip-hop people. After all, when I’m rich, living well, having a luxury car, having a gang, why can’t I show off? That’s the idea of it.

RAP AGAINST THE ISSUES

And of course, The ways that rap music is full of violent, vulgar and content that is somewhat inappropriate for society. If someone who has never heard of rap before will surely be shocked by these violence. But on the other hand, besides flexing about their life as a rapper, Violent content in rap songs is also used to expose the truth in society. The story of the unfair life that people have come across until they have to come out and tell the story through rap music.

These songs are songs that indicate the injustice of the government in Thailand. including various illegal matters, corruption, including acts that are against the vision of the King with its initial rapping group, Rap Against Dictatorship, whose members consisted of Liberate P, Jacoboi, ET, HOCKHACKER, and several anonymous rappers, RAD aimed to communicate with the middle class about how bad Thai society is and would like to create a space to express that politics is something everyone can talk about, whoever can rap about politics. From the result of that, it is the beginning that there were many songs with content criticizing the work of the government.

The aftermath of rap’s entry into the mainstream has increased visibility from both local and international people. In the past, getting a foreign artist to feature in a song for Thai people seemed to be a very long distance thing, and they had to have a really big connection or know each other personally before they could orbit and make music together. for example,

A song from the legendary hip-hop group in Thailand featuring Snoop Dogg, an equally legendary American rapper featuring in the song. And since then, it’s been many years since Thai music has disappeared from being international. Until now, Thai rap has started to come back into the eyes of more foreigners after trap songs became famous in Thailand. until causing the Thai rapper to go on the show called “Yo! MTV Raps”, MTV’s music and hip-hop culture program originated from 1988 to 1995.

And importantly have to mention about hot new artists like “Milli Danupa” or ” MILLI “, a famous 19-year-old female rapper from YUPP! With many catchy hit songs such as “Take a break”, “Sup Bang”, causing the world-class label “88rising” to join the remix of “The Weekend” (Remix) of “BIBI” an artist from South Korea. In addition, Milli has collaborated with “Changbin”, a member of the group “Stray Kids” from JYP and F.HERO in the hit song ” Mirror Mirror “. Milli’s talent has become the talk of many foreign fans, making Milli have fans all over the world.

Nowadays rap songs are still being produced in large numbers and there are new artists increasing every day. The author hopes that the Thai music industry will be able to hit the global market like South Korea’s kpop to bring money into the country and receive government support to encourage people around the world to see the potential of quality Thai music. 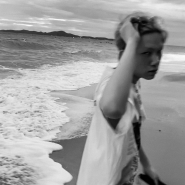