Home > Uncategorized > How Discord is now the community 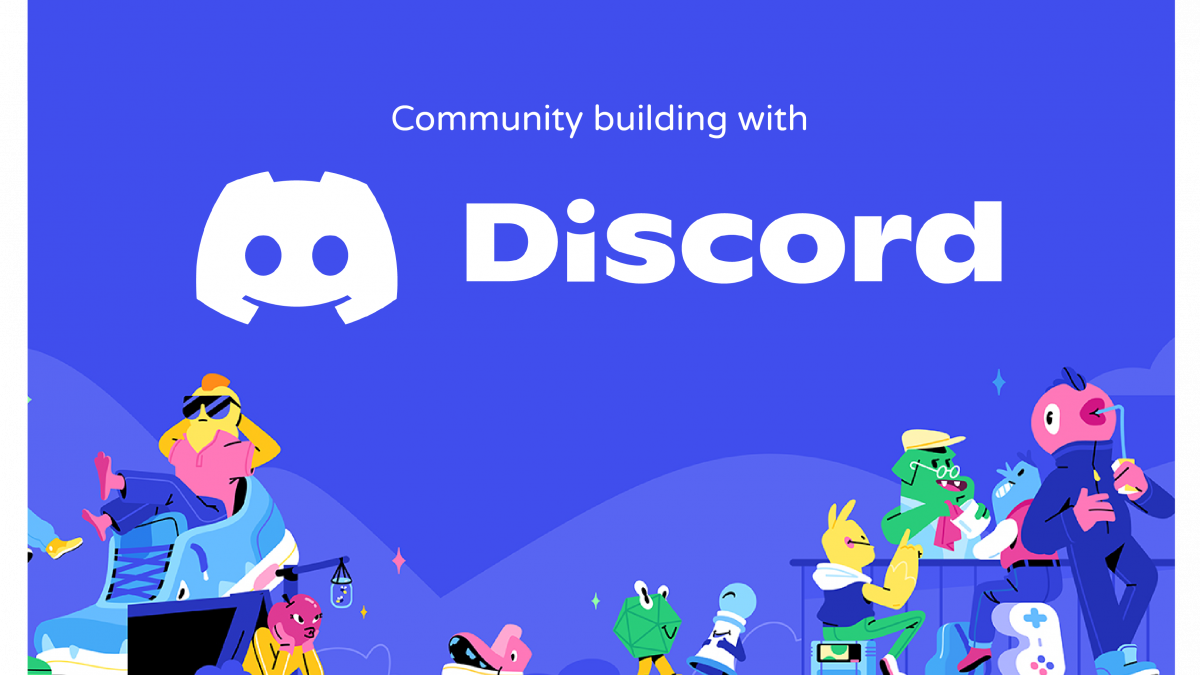 As the internet grew faster and expansive, the era of Voice Over Internet Protocol (VoIP) services emerged as voice communication over the internet became possible. Back in the days, applications such as Skype and Teamspeak became increasingly popular, and widely used. However, these apps have its own flaws. Discord, which is launched in 2015, tackled these flaws, and were extensively adopted afterwards. Since its launch, Discord has been improving and updating the app with new features, making it among the top choice for online community making.

Discord? What is it?

Discord is a free platform for voice, video, and text communication. It is actually quite similar to Slack, a business communication platform. But Discord is more casual, and caters more towards younger users. Since its launch in 2015, its users skyrocketed, with over 300 million users registered as of 2020, and 140 current monthly active users as of 2021. Its original focus was to be a platform for gamers to build communities. But as it grew increasingly popular, and even more popular with the current COVID-19 pandemic, many of non-game related communities adopt it as well. Discord is no longer for the gamers. People, whether a big or small community, now use Discord daily to conversate about various things, from group projects to corporate works.

How does it help build community?

While there are many voice chat application free to download online, such as Skype, and Teamspeak, Discord sticks out from its pack because of its all all-around and unique features as well as seamless connections with other apps. It has all the features other common voice chat application have as well as the features unique to them. User can also connects other application such as Spotify, Steam, PlayStation, and XBOX flawlessly. With the connection feature, users can show their communities what are they doing, and even share it with them. For example, a user can listen along the song another user is playing on Spotify with a single click. Combining these factors with its casual vibe, lightweight design, and intuitive user interface, Discord becomes a favorite voice chat application for millions.

Discord gives off a vibe different from other applications. Chatting, especially voice chatting, in Discord is not like making or receiving an official call from someone. There is no jarring window displaying that someone is calling you, and there is also no ringtone that causes you anxiety every time you hear it. In Discord, voice channel is like a place where a group of people usually hangout. You see someone hanging out, you can simply sit in and chat with them. When there is no one, or you are sitting alone in the channel, that gives off a cue that no one is available, or that you are open to hang out with. This feeling makes it great for community building.

Discord is accessible through a variety of channels. It can run on Windows, macOS, Android, iOS, iPadOS, Linux, and in web browsers. Everything is seamlessly connected between each platform, too. This inclusiveness help Discord in building communities.

A space for the community to hang and have fun.

Discord’s server feature (a place where people can hang out) while not entirely unique, it does its job better than its pack. Unlike one of its competitor, which, the free version only allows 30 members. It might be too good to be true, but Discord servers are entirely free to join, and set up. There is also no time limit on how long you can hang out in the communities. Users can stay in the server’s voice channel as long as they could, be it days, months, or years. A single server can also have up to 250,000 members, which is considered abundant already. But if, in some ways, a particular server reaches the maximum member amount, Discord can increase the member size limit for them. Users can be a member of multiple servers at the same time. They can also switch between servers at will with a single click. Inviting people into the server is also as easy as ever. The user can simply copy the invitation link to their peers to invite them.

Most of the servers are private, which means it is invite-only. Other application have that, right. But what is not frequently seen in other application is the public servers. Discord lets the users explore, all in their app, countless number of public servers with each one centered on a particular topic. Need help with homework? There is a server for that. Need friends to study the upcoming exam with? There is a server for that. Need to take some time off exam? There is a meme server for that as well. All these servers have at least 100,000 members, so it is certain that the communities are lively. The possibilities of communities are endless. There are even more communities that are not yet mentioned such as Japanese Anime server, LGBTQ+ server, PC enthusiast server, and more. However, if somehow, a particular community is not yet existed, Discord also lets users build new communities by establishing a fresh public server. Therefore, if you find yourself seeking to meet new communities, then Discord is for you.

Customize your community, and yourself in the community.

What sets Discord apart is also its server and profile customizability. The server owner can configure their servers in a large number of ways. They can assign roles for moderators, administrators, co-owner, and even set up unique roles for their best friend, decorating it with a distinguishable icon, and color.

Assigning each member a role in the server makes it much easier to moderate the community. The server owner can create multiple texts and voice channel in a single server, with each one having its particular purpose, such as an announcement channel. Welcome screen, and rule screening page can be set up by the owner as well. They also can customize which roles have access to a particular channel. This helps the community become more organized. They can also personalize their server with its own unique emojis, server icon, and banner. Users can express themselves with profile and banner customization. They can have separated profile for each server as well. If their company use Discord, they can have a formal LinkedIn-looking profile for that, and if they are in a friend group Discord, they can also have an informal profile for it.

Apart from their crisp and clear voice system with various voice processing options such as echo cancellation, and noise reduction, Discord also gives the users some controls over their voice, and others voice in the server channel. Users can quickly mute or deafen themselves by ticking a box. If they want, they can also personally mute or change the volume of the other users. (The muted user can still talk, and the others can still hear it, but we can’t)

Their text chat system is also playful, yet practical.  Users can browse, and send GIFs, stickers, and emoji (both original and customized ones) to the text channel all on the app. You can send files without taking up local storage. You can delete and edit already sent messages, pictures, and files. Not only that, but you can create a thread as well. While these functions appear minor, some of it do not exist in other applications.

Their video chat quality is fine. Nothing is unique or exciting. It is on par with the renowned teleconferences applications. However, what is more prominent is its well-done screen sharing feature with up to 4K 60FPS (With Nitro). In comparison to its competitors, which some of them do not have screen sharing, and some teleconferences apps (Looking at you Teams!) which does not allow simultaneous screen sharing from multiple users, Discord does. Multiple simultaneous screen sharing helps create activities, and tackle problems in the communities. They can host a movie night show with their community. They can ask for help with a particular assignment or program without having to explain it in words. They can just simply join a voice channel, and share their screen. Not only that, but they can also create a small game livestream with their close friends. Some 3D modelling or video editing classes are even done on Discord using screen sharing.

Do more with bots.

Games have mods. Discord has bots. A wide array of third-party bots is available for use on websites such as top.gg, DiscordBotList, and discord.bot.gg. Each bot has its own purpose and function. Some plays music for you, some manages tickets for you, and some lets you play Pokémon in a text channel. Bots, if used correctly, can both efficiently help entertain, and moderate the community. For example, ProBot, a multipurpose bot, can be customized to create welcome images, censor inappropriate words, and automatically respond to a question.

First in the Market.

Comparing to its alternatives (Ex. Guilded), Discord was the first to be widely used by the market. This makes it a standard choice for online chatting, as most of the people on the internet have probably tried or heard of it. When your peers or your community members have already used Discord, it’s easier to influence those who have not, and invite them to build or join a community.

Being first in the market, and with its intuitive user interface, Discord is already acquainted for the majority of people. That means, people will less likely switch to another platform as they would have to learn the new user interface from the ground up again. As a result, Discord is able to hold its user base, and keep its communities in the platform.

Combining the application vibe and position in the market with its all-around and not-seen-elsewhere features, Discord becomes a great application for online community building. A wide range of community, whether small or big, is using Discord to conversate about their favorite hobbies, group project or even corporate works. There are Discord servers to discuss games and homework, as there are Discord servers to discuss corporate works. Bitkub and YouTube, for example, uses Discord.

All in all, it  depends on individual preference as well. Some might like Discord, some might not. What is best is to try it yourself, and see whether Discord really works for finding and building communities. You can get it on their website: discord.com, on App Store for IOS devices, and on Google Play Store for Android devices. 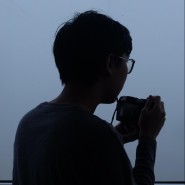