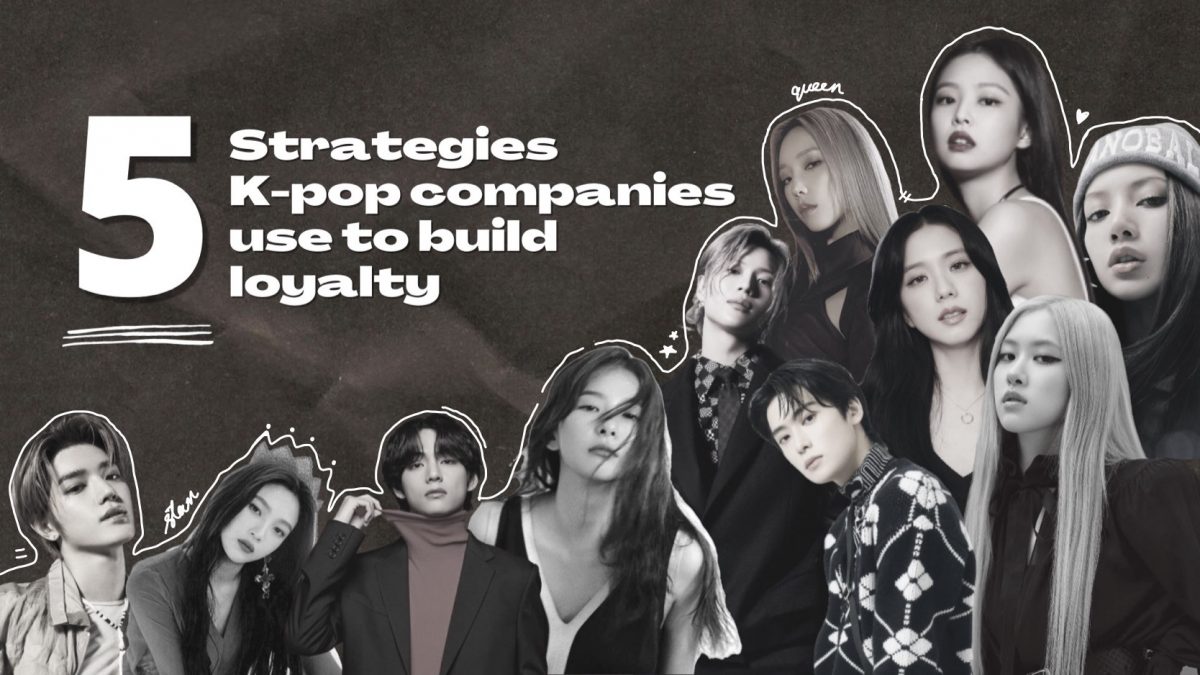 Even if you have little knowledge about the K-pop industry, you might have heard that K-pop fans are one of the most loyal people on the planet! Their ideas of showing support are quite extraordinary. Take birthday presents as an example. The presents start from luxury items to buying a star. Yes, you read it right. The fans have given their favorite artists a LITERAL star! It is a whole new level of gift-giving, isn’t it? Apart from creative gifts, K-pop fans also actively contribute to the K-pop popularity and content that we come across on the Internet including fan cams (videos that follow a specific person performing), fan edits, fan arts and fan fictions. One might wonder, how are they so supportive and loyal? So, here are 5 strategies that K-pop companies use to build fan loyalty.

The rise of social media platforms is one the reasons why K-wave has grown rapidly. SM Entertainment, one of the biggest entertainment companies in Korea, has utilized an effective social media marketing strategy to promote their artists through Facebook, Instagram, Twitter, Tik Tok, YouTube, and certain Chinese platforms such as Weibo to connect with Chinese audiences.

The use of Facebook and Instagram by SM Entertainment is for actively posting updates of the artist’s work and building social media presence. For instance, before a new song is going to be released, the teaser and photoshoots will be posted to create the hype. On Instagram, individual artists also have their own account to interact with fans and some of them occasionally participate on Instagram Live to stay connected to their fans. For Twitter, some SM artists, for example, NCT, use the account to occasionally reply to their fans’ tweets and host live audio conversations on Twitter space. As for Tik Tok, the idols participate in different challenges.

On YouTube, during a promotion period of an upcoming comeback, many companies often release a music video teaser to build anticipation and give small spoilers for the fans to keep them waiting and excited. Other than using that, the company also produces a variety of entertaining content on YouTube in its sub-channel.

NCT, an idol group under SM, has a YouTube channel with 4.98 million subscribers. Their content takes the fans to explore further about their personalities and how they work including behind the scenes of concert production, world tour, music production, and voice recording. Showing the artists’ journey could build empathy and attachment as the fans can see how hard-working their favorite group is and want to support them even more.

Apart from the stage performance, the production team also chooses to show different sides of the idol on YouTube. On the NCT channel, there is a content called “Relay Cam” that allows fans to see what each member does in a day. The content includes the various activities done by the members of the group including cooking, playing video games, watching Netflix, going to a salon, sleeping, or playing with their pets. This content usually reaches over one millions views. I mean who could resist seeing your favorite idol playing with cats, right? They are the cutest animal ever! Plus, the content takes the fans to see a part of the artists’ life that is relatable and realistic. The fans could relate to these aspects and might feel closer to the artists from watching these content.

The creative team of NCT does not stop there, they also produce their own YouTube Originals Series called Analog Trip NCT 127: Escape from Magic Island. With this content, fans get to see different personalities of each member while solving the mystery. The never-ending high-quality entertaining content is one of the reasons why fans are actively engaged and keep wanting more.

Apart from being active on social media, entertainment companies, especially SM, utilize online applications to create transmedia storytelling for the fans. For active fans, SM Entertainment created an SMTOWN application that gives updates about albums, music videos, images, and event information of the artists. For creative fans, the company launched a community for fan arts content on an application called Fan Book. This allows participatory culture which keeps the fan community productive and engaged. For game lovers, there is a rhythm game application named SuperStar SMTOWN. In addition, to build artist-to-fan communication, SM Entertainment utilizes LYSN, an application which allows the fans to stay updated with the schedules of their favorite artists with a paid membership for exclusive content. LYSN also has a subscription messaging service called Bubble; it allows fans to send and receive messages from the artists. Moreover, to maintain engagement, the company utilizes a streaming service such as V live, to allow fans to interact with the artists; fans can comment or send hearts on videos and idols can see it real time.

During the promotion period, K-pop artists usually attend music shows from different broadcasting companies such as SBS Inkigayo and Mnet M Countdown. In these programs, idols will be performing and promoting their music. So, what does it have to do with their fans? Well, these music shows usually have live audiences so fans could apply for a seat. It is quite a competition to get one though. When they get chosen, they could cheer to show support for the artists aka fan chant. Not only that but fans can also contribute to their success and help idols to win awards by streaming the music, purchasing albums, and voting, for example. Therefore, winning an award could be quite emotional for both idols and their fans.

Aside from joining music programs to perform on-stage, K-pop artists usually participate in famous Korean reality programs, such as Weekly Idol and Men on a Mission, to build visibility, promote their new songs and show their personalities. Apart from pre-existing fans, they could gain new ones from joining these shows and if they have the suitable personality for reality shows they might even get to expand their career paths. Letting fans see different sides of the artists allows fans to see how their favorite group reacts with other people and learn more about their favorites. If content from TV reality programs is not enough, some K-pop groups also produce their own reality shows such as Run BTS, 24/365 with BLACKPINK, TWICE TV and NCT Life. The K-pop companies are constantly feeding the fans with entertaining content so the fans could remain loyal.

K-pop idols and fans do not only have virtual interactions on different platforms, but they also meet in real life in the pre-pandemic era through concerts, fan meetings, and fan signs. Although the pandemic has interrupted face-to-face activities, companies still make it work by hosting online call fan signs and concerts.

In a big event like concerts, it is hard for idols and fans to interact, however, there are some special things that fans like to do for their favorite artists which includes cheering the idol (fanchant) and developing fan projects such as holding meaningful banners and light displays during concerts to express support.

One-on-one interaction is quite impossible in concerts so there are other ways fans could get to talk with their favorite idols, however, the process of getting that chance is not an easy path. Fan sign is one of the events that K-pop fans are excited for because they will get to chat and give gifts to the idols while getting their album signed. There are two ways to be able to participate in a fan sign. The first approach is based on luck. The fans must purchase the album, one album equals one ticket to win, and the winners will be chosen randomly. Buying albums is like buying lottery tickets at this point. Basically, the fans who purchase a higher number of albums will have more chances of getting to meet their star. You would be surprised how much K-pop fans are willing to spend on these albums. Not only does this method help increase sales, but it also builds fan loyalty. One must try hard and spend a lot of money to talk with someone for only 2-3 minutes.

Apart from relying on luck, first come first serve is used to give access to fan sign events as well. For instance, the first 100 buyers of the albums will win a spot in the fan sign event. However, this method is rarely used. Still, fans would have to compete in being in the top spot to get to meet their idols and they are quite competitive when it comes to meeting their favorites. Sometimes, the idol can even recognize their fans in these events. Think about it for a second. How would you feel if someone you idolize remembers your name? There is no doubt that the fans will be really happy and want to come back for the next event.  The fan sign events are, in fact, useful in creating attachment and loyalty.

Despite the language barriers, K-pop artists have fanbases from all over the world, so the company needs to also interact with international fans and personalize its content for them. As you might already know, K-pop songs usually have a few English words in it, however, to make the songs reach a specific market, some artists decided to compose songs in another language, the most common languages being English (Rosé on the Ground, BTS Dynamite), Japanese (BTS Stay Gold, TWICE Perfect World) and Chinese (NCT DREAM Chewing Gum (Chinese Ver.), EXO-M Overdose).

Not only that K-pop songs are made into different languages, but some K-pop groups are also established to target certain countries specifically. For example, Super M is a group formed by a collaboration of SM Entertainment and Capitol Music Group.  The group is known as the “Avenger of K-pop” because they included the top artists from different K-pop boy bands. To enter the US market, they held their debut concert in Los Angeles and did many promotions in the US.

When it comes to marketing strategies and building brand loyalty, K-pop entertainment companies are quite ahead in their journey to enter the global market. K-pop companies make sure that the fans will have different channels to stay updated and interact with their favorite artists which allows them to maintain a strong relationship. Having fan loyalty is indeed good for business, however, there are always two sides of the story.

Sometimes pleasing the fans too much and not setting clear boundaries could result in invasion of privacy—which remains one of the big issues in the industry. Certain strategies used for marketing purposes could make the fans feel like they have a close connection with the artists since they know a lot about the artists so they might assume that they are super important to the artists even though it is a parasocial relationship. This mentality could lead to them justifying their disrespectful behaviors towards the idols, for example, unethically searching for the phone number of the artists and calling them. Unfortunately, several companies do not seem to care much about the idol’s privacy due to obsessive fans as long as they can profit from the fan loyalty. So, the question is, how far should entertainment companies go, regarding the creation of loyalty? 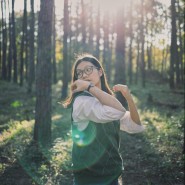 It’s time to appreciate Red Velvet before “Feel My RhyThm” come out.